KILLERS OF THE FLOWER MOON

The Osage Murders and The Birth of the FBI

At the end of the 19th century, the Osage Indians were driven onto a presumed worthless expanse of land in northeastern Oklahoma. But their territory turned out to be atop one of the largest oil deposits in the United States; to obtain that oil, prospectors were required to pay the tribe for leases and royalties. By the 1920s, the members of Osage Nation had become the wealthiest people per capita in the world. And then the Osage began to die under mysterious circumstances.

As the death toll climbed to more than twenty-four and local law enforcement made little progress,

At the end of the 19th century, the Osage Indians were driven onto a presumed worthless expanse of land in northeastern Oklahoma. But their territory turned out to be atop one of the largest oil deposits in the United States; to obtain that oil, prospectors were required to pay the tribe for leases and royalties. By the 1920s, the members of Osage Nation had become the wealthiest people per capita in the world. And then the Osage began to die under mysterious circumstances.

As the death toll climbed to more than twenty-four and local law enforcement made little progress, the fledgling Federal Bureau of Investigation was called in. Headed by agent Tom White, the investigation was closely overseen in Washington by the Bureau’s ambitious newly appointed director, J. Edgar Hoover.

Exposing the turbulent history of the relations between whites and the Osage Nation over the course of more than a century, Killers of the Flower Moon provides a disturbing look at the deep-seated prejudices that continue to cast a shadow over our country. 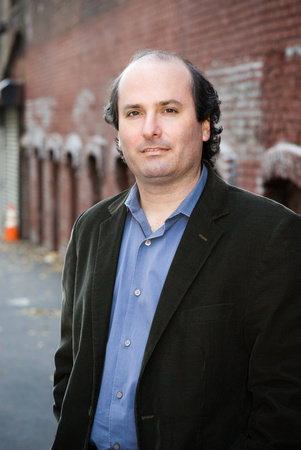 David Grann is a staff writer at The New Yorker and the bestselling author of The Lost City of Z. He is also the author of The Devil and Sherlock Holmes. His work has garnered several honors for outstanding journalism, including a George Polk Award.

“The best book of the year so far.”—Entertainment Weekly

“Disturbing and riveting…Grann has proved himself a master of spinning delicious, many-layered mysteries that also happen to be true…It will sear your soul.”—Dave Eggers, New York Times Book Review

“A marvel of detective-like research and narrative verve.”—Financial Times

1. What do the contemporary media reports on the wealth and lifestyle of the Osage reflect about white perceptions of Native Americans (pp. 6–7; pp. 76–77)? In what way do they lay a foundation for the way the murders and mysterious deaths were treated by law enforcement?

2. What was your first impression of William Hale (p. 17)? How does Grann bring to life his strengths and appeal, as well as the darker side of his nature? What qualities does he share with people who achieve power and influence today?

3. How did you respond to the description of law enforcement in America during the 1920s (p. 19)?  What elements most shocked or surprised you? What made the situation in Osage County particularly chaotic? What effect did this have on the investigations into the deaths of Anna Brown and Charles Whitehorn?

4. What does Grann’s account of the relationship between the United States government and Native Americans contribute to your understanding of the country’s history (pp. 37–44)? How did government policies affect individuals like Mollie and her family? What does Grann capture in his description of Lizzie’s death: “Lizzie’s spirit had been claimed by Jesus Christ, the Lord and Savior, and by Wah’Kon-Tah, the Great Mystery” (p. 36)?

5. Discuss the circumstances that distinguished the Osage from other Native American tribes, including the actions taken by tribal leaders early in the century; the influx of white settlers and oil prospectors; the granting of headrights; and the guardianship system (pp. 78–80).

6. What is the significance of the murder of Barney McBride, the oilman who went to Washington to seek help for the Osage (p. 68) and of W.W. Vaughan, the attorney who worked with private detectives investigating the murders (p. 93–4)?

7. What does Grann’s portrait convey about J. Edgar Hoover (p. 107)? What traits stand out and what do they foretell about Hoover’s future as director of the FBI?

8. In what ways does Tom White combine the qualities of the Old West and of the modern bureaucratic system Hoover is trying to create? How does this influence the steps he takes in investigating the murders? How do the various views of White, including the stories of his childhood and his work as a Texas Ranger (pp. 137–153), shape your impressions of him? Would you define him as the hero of the book?

9. How were manufactured evidence, suborned testimony, and false confessions used to divert the FBI investigation? What role did independently hired private eyes and informants play in the search for the truth?

10. The crimes in Osage County involved many levels of deception and betrayal. In addition to the actual conspirators, who else either directly profited from the crimes or was silently complicit in them? In what ways did accepted mores encourage the corruption that plagued the investigation?

11. What role did new methods of criminal investigation play in uncovering the guilty parties? In addition to introducing up-to-date forensic science, how did Hoover use the case to transform the Bureau of Investigation and simultaneously enhance his own image?

12. During Hale’s trial, a member of the Osage tribe said, “It is a question in my mind whether this jury is considering a murder case or not. The question for them to decide is whether a white man killing an Osage is murder—or merely cruelty to animals” (p. 215). Why does this observation resonate beyond the immediate circumstances?

13. Perhaps the most chilling aspect of Killers of the Flower Moon is the marital and familial connections between murderers and their victims. What explains Ernest Burkhart’s actions even as he remained married to and had children with Mollie? How does Grann bring to life the particular horror of crimes committed within a family and a close-knit community?

14. What does the evidence Grann uncovered when he visited Osage County in 2012 reveal about the lasting legacy of the “Reign of Terror”?

15. Killers of the Flower Moon combines the fast pace of a true-life murder mystery with the scope and detail of a narrative history. How does Grann integrate these different aspects of the book?

16. We are familiar with many American crimes and criminals during the early twentieth century from movies, books, and television shows. Why do you think the story of the Osage murders hasn’t received similar attention?

17. Are there recent examples of racial prejudice and injustice that parallel those described in Killers of the Flower Moon? What has changed about the approach taken by law enforcement? About the attitudes expressed by the white community in the face of racial or religious discrimination? In what ways have things remained the same?