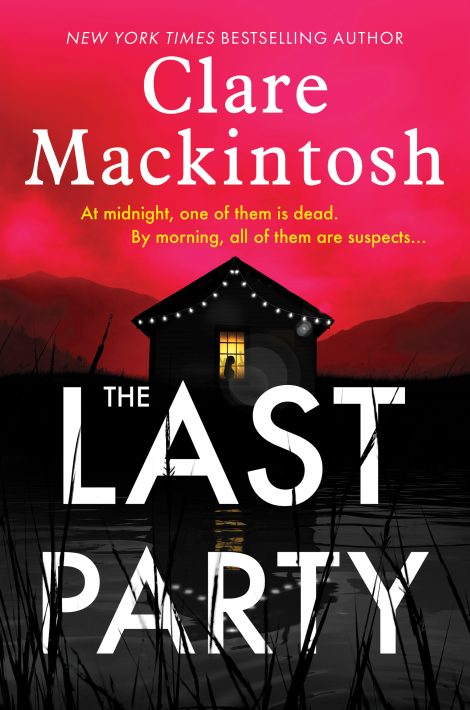 On New Year’s Day, Ffion Morgan has a village full of suspects. The tiny community is her home, so the suspects are her neighbors, friends,

On New Year’s Day, Ffion Morgan has a village full of suspects. The tiny community is her home, so the suspects are her neighbors, friends, and family—and Ffion has her own secrets to protect.

With a lie uncovered at every turn, soon the question isn’t who wanted Rhys dead…but who finally killed him.

In a village with many secrets, murder is just the beginning. 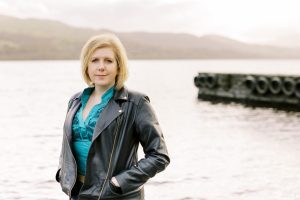 CLARE MACKINTOSH is the multi-award-winning author whose books have been translated into forty languages and sold more than two million copies worldwide. Mackintosh lives in North Wales with her husband and their three children. She can be found at facebook.com/ClareMackWrites, or on Twitter @ClareMackint0sh.

“Brilliant, so atmospheric….I fell in love with the courageous, complicated detective Ffion Morgan and I think readers will too.” —Ruth Ware, New York Times bestselling author of The It Girl

1. What are the residents of Cwm Coed’s complaints about The Shore and vice versa? Do you think the two communities could have been bridged? Was the New Year’s party the right tactic? Did you see any other attempts to make peace throughout the book?

2. How does the author play with structure and timeline in the novel? What was the effect of the mirrored scenes in the second half?

3. How did the chapters documenting Rhys’s final months shape your understanding of the rest of the story?

4. Compare Ffion’s and Leo’s investigative techniques. Are their strategies shaped more by personality or jurisdiction? Who is the better detective?

5. Why does Leo struggle to address his supervisor’s myriad inappropriate comments? Why do Rhys, Jonty, and Crouch all disguise their bad behavior with humor?

6. Who was your leading suspect throughout the book and why?

7. What was Rhys’s original vision for The Shore? If he were able to secure backing for that concept, how do you think the events of the book would be different?

8. Why didn’t Ffion consider her encounter with Rhys to be rape until she discussed it with Leo? How does the “asking for it” narrative prevent people who have been assaulted from seeking help, even when help is desperately needed?

9. Clemmie Northcote wonders if not saving someone counts as murder. What do you think? What is Clemmie’s motivation throughout the book?

10. How would you describe the true murderer’s motive? How does Ffion handle the truth? What do you think you would have done in her position?

What inspired The Last Party? How did you decide to set it where you did?

I moved to North Wales several years ago and fell in love with the landscape. I swim regularly in a lake, surrounded by mountains, and knew it was the perfect setting for a mystery novel. It’s so eerie in the mornings, when the mist lies low on the water—I could imagine a body floating toward me… I’ve fictionalized the setting to give me more creative freedom and to create a community divided not just by geography but by language, background, money, and more. The Shore is so real to me now that I’m often surprised to look across the lake in my town and not see it there.

Clemmie Northcote is the only resident of The Shore to make an active effort to connect with the residents of Cwm Coed. How were the characters on both sides of Llyn Drych shaped by the relationship between Wales and England?

I’m in awe of how small countries like Wales fight to maintain their cultural identity. Language is a huge part of who we are, and I wanted to explore how this is embedded in a community. The residents of The Shore were off to a rocky start with the people of Cwm Coed because of the legacy the land carried, but they could have done more to build bridges while the resort was built. Equally, there are a lot of closed minds from people in the village, who might find they had more in common with their new neighbors than they thought.

You balance an enormous list of plausible suspects throughout the book. When in your writing process do you decide on the final villain?

The Last Party was really hard to write! My readers are clever, and I knew I needed to give them a twisty mystery to unpick. The villain actually changed between the first and second draft because of the way a particular character took shape as I wrote. I find it fun to think about everyone’s potential motives and love dealing with multiple suspects. I was a police officer for many years, and writing a mystery is like investigating a murder in reverse!

In Rhys, Jonty, and Crouch, you present multiple different aspects of the misuse of privilege. Was it difficult to put yourself in their shoes to see how they would justify their behavior?

I wish I could say yes, but I’ve met so many people like them that it was easy to find their voices. Rhys and Crouch have more in common than Jonty, I think: their arrogance comes from their lack of self-worth, their desire to be better than the next person. Jonty has no such concerns; he is utterly confident of his abilities and dismissive of anyone he perceives to be less competent. I know a few Jontys…

Almost every character in the book has a motive to murder Rhys Lloyd, but toward the end of the book, we do see him beginning to question his own choices. Do you think redemption is always possible, or as Dee Huxley says, are some people just due to eventually reap what they’ve sown?

I think there might have been hope for Rhys if he’d lived. He had convinced himself of a narrative that was finally starting to crumble, and I think he could have seen the truth about himself. He might even have changed. That said, I’m not sorry he’s dead.

In the end, Ffion has a significant decision to make. How did you decide that she’d make that decision? Do you think it was made more out of obligation or gratitude?

It was a really tough decision—for Ffion and for me! Her relationships are incredibly complex, and the choice she makes reflects how she feels about the individual concerned, but there are broader issues to consider too. The ripple effects of the option she chooses not to take would have impacted on the entire community. Ffion has a strong sense of justice, even when that doesn’t entirely mirror what’s written in law. She does what she feels is the right thing.

Do you have thoughts on what’s next for Ffion and Leo, either separately or together?

Oh, so many thoughts! I’m writing DC Ffion Morgan #2 at the moment, and it’s such a joy to be back with her. She’s currently handling a missing person case and is about to pick up the phone to Leo Brady. The question is, will he answer?