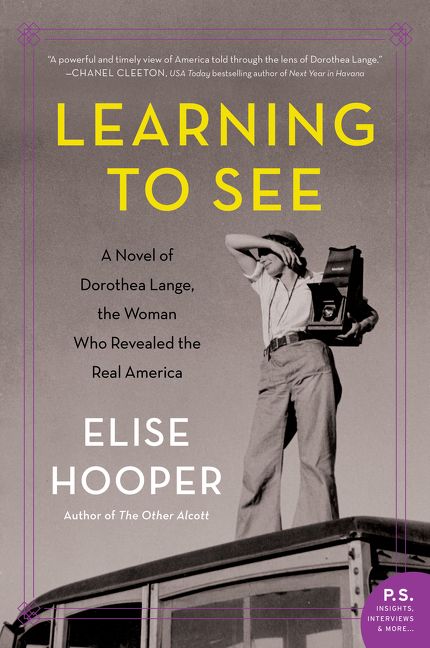 A Novel of Dorothea Lange, the Woman Who Revealed the Real America

In this fast-paced novel, we meet strong-willed trailblazing photographer, Dorothea Lange, whose fame grew during World War II and the Great Depression. Sold on a Monday meets Beautiful Exiles.

In 1918, a fearless twenty-two-year old arrives in bohemian San Francisco from the Northeast, determined to make her own way as an independent woman. Renaming herself Dorothea Lange she is soon the celebrated owner of the city’s most prestigious and stylish portrait studio and wife of the talented but volatile painter, Maynard Dixon.

By the early 1930s, as America’s economy collapses, her marriage founders and Dorothea must find ways to support her two young sons single-handedly.

In this fast-paced novel, we meet strong-willed trailblazing photographer, Dorothea Lange, whose fame grew during World War II and the Great Depression. Sold on a Monday meets Beautiful Exiles.

In 1918, a fearless twenty-two-year old arrives in bohemian San Francisco from the Northeast, determined to make her own way as an independent woman. Renaming herself Dorothea Lange she is soon the celebrated owner of the city’s most prestigious and stylish portrait studio and wife of the talented but volatile painter, Maynard Dixon.

By the early 1930s, as America’s economy collapses, her marriage founders and Dorothea must find ways to support her two young sons single-handedly. Determined to expose the horrific conditions of the nation’s poor, she takes to the road with her camera, creating images that inspire, reform, and define the era. And when the United States enters World War II, Dorothea chooses to confront another injustice—the incarceration of thousands of innocent Japanese Americans.

At a time when women were supposed to keep the home fires burning, Dorothea Lange, creator of the most iconic photographs of the 20th century, dares to be different. But her choices came at a steep price… 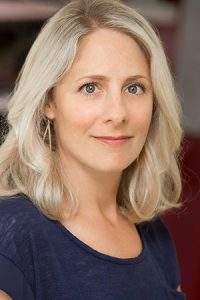 Elise Hooper, a New Englander by birth (and at heart), lives with her husband and two young daughters in Seattle, where she teaches history and literature. The Other Alcott was her first novel.

“Historical fiction fans will gobble up Hooper’s novel and be left with the satisfied feeling that they have lived through much of the 20th century with Dorothea Lange.” – Publishers Weekly

“A fascinating and sometimes surprising introduction to a woman known for her iconic photographs but not her eventful life.” – Library Journal

“Elise Hooper’s Dorothea Lange is magnetic!…This is a winning novel from the first page.” – Devin Murphy, national bestselling author of The Boat Runner and Tiny Americans

“Written with grace, empathy, and bright imagination, Learning to See gives us the vivid interior life of a remarkably resilient woman. Dorothea Lange’s story is about passion and art, love and family, but also about the sacrifices women make—and have always made—to illuminate the truth of the world.” – Danya Kukafka, National Bestselling author of Girl in Snow

“Gorgeously written with exquisite historical detail, Learning to See is a fascinating tale of one remarkable woman’s life. Told with the same precise prose and terrific nuance as her stunning debut, The Other Alcott, Elise Hooper proves once again that she’s a masterful storyteller.” – Lisa Duffy, author of The Salt House

“A powerful and timely view of America told through the lens of Dorothea Lange, a fascinating woman whose photographs shone a light on the nation’s forgotten and abandoned…Detailed and thoroughly immersive, Learning to See grips the reader and highlights an important period in American history.” – Chanel Cleeton, author of Next Year in Havana

The envelope arrives on one of my good days. From my spot in the kitchen I hear the mailman’s footsteps on the front walk and the click of the mail drop’s lid, but then the phone rings, distracting me. When I lift the shiny black receiver to my ear, the coolness of it against my skin almost makes me shiver.

From across the phone lines, Imogen’s unmistakable gravelly voice rasps, “I’m coming over to see you in an hour but can only stay for twenty-five minutes. From your house, I’ll catch the bus over to Telegraph Hill.”

“How about sometime next week instead? We’re leaving for Steep Ravine later this afternoon. The house is a mess.”

A pause. “Mess? Your house is always neat as a pin—I don’t believe you for a minute. Are you unwell? Just yesterday when I was downtown, I saw that husband of yours. He couldn’t bring himself to say your ulcers have been acting up again, but he hemmed and hawed enough that I know something’s up.”

“Oh, pish. I’m going great guns.” This is a lie, but I don’t have it in me to say anything more. “It’s just that we’re leaving once everyone returns from the store.”

“All right. But I’m coming to see you when you’re back in town. Take a look at your calendar. Go on, right now: pick a day so you don’t forget about me.”

Though her pestering usually makes me bristle, I soften. Through the years—developing our careers, beginning marriages, raising children, making ends meet, and ending marriages—our friendship has persisted. Honestly, its endurance amazes me sometimes. Friendship has none of the trappings of marriage—no ceremonies, no certificates, no children to keep it glued together—but it’s this very precariousness that makes it so special. I’ve come to believe the test of a friendship lies in its ability to withstand bruises and wounds yet still persevere for no other reward than the comfort and joy each person finds in the other. “For heaven’s sake, how could I ever forget about you?”

“Good question. Now if only the darned photo editor at Vanity Fair felt the same way.” She raises her voice in breathy imitation, “‘Oh, Miss Cunningham, I’m terribly sorry I forgot to return your call. We’ve been tied up in meetings all day.’” She snorts. “I’m in my eighties, and I’ve got a better memory than these whippersnappers. I tell you, these office girls, all they think about is the fella they’re going out with that evening, what color they’re going to paint their nails, how they’re going to get their hair done next. Why, when we were their age, we were much harder workers, don’t you think? We didn’t take a damned thing for granted.”

I nod my head in agreement, chuckling. “True, but I wouldn’t wish what we went through on these kids. Plus, it probably wouldn’t have killed us to have gotten our hair done every once in a while.”

She lets out a squawk, spluttering about “wasting money.”

“All right, all right. When I’m back, I’ll call you and we’ll figure out a day to visit. I can pick you up so you don’t have to take the bus.”

“But I like taking the bus. You wouldn’t believe all of the interesting people on it.”

“Interesting? God help us. But fine, the bus it is. I’m looking forward to seeing you.”

“Sheesh, you sure sound it.”

We both laugh before saying goodbye, and we’re as good as new. Lord knows we’ve gotten used to each other’s prickles over the years. Highs and lows and then some, but I consider myself lucky enough to have been blessed with two great friendships, both very different from the other, but each grand in its own way. Whenever anyone points out that I’m being difficult, I think of the loyalty of these two women; it’s all the evidence I need to know that there must be something redeeming about me.

I scoop up two cans of sliced peaches off the counter, treats for the grandchildren, and place them into a wooden crate lying on the counter. When I straighten, a pain sears through my stomach, causing me to gasp and bend over. Poor health has plagued me for twenty years now, but this is something new. Something foreboding. Something that makes me think this is the real thing. The thing that could finally win. From my huddled-over position, I survey my kitchen, looking for items that still need packing, but everything is precisely where it should be. My teak bowls from Thailand catch the light and glow next to the sink. The white countertops gleam, nary a crumb in sight. I catch sight of my black leather camera bag next to the crate and sigh, closing my eyes. Imogen’s right. We did work all of the time. And while it was wonderful, heady, and stimulating, all of our earnest conversations about craft, the constant yearning to find the right shot, the sense of accomplishment when the negative revealed exactly what I hoped, and sometimes even more—all of that work came with a price.

The pain in my stomach recedes like a tide pulling back and I straighten. The mail. I nearly forgot about it. Holding on to the kitchen wall, just to steady myself, I make my way to the front hall, bend over, and pick up the pile of flyers, bills, and magazines scattered under the mail drop. Within the mess, a bright white envelope stands out from the rest. Its paper, still crisp and stiff, speaks of heft, substance. I study the return address:

The black font, simple and elegant, makes my breath catch. Holy smokes. I return to the kitchen holding the envelope in front of me and open a drawer to find my letter knife lying where it should be. Pausing for a moment, I swallow before tearing a slit across the top to lift out the letter within.

After I read it once, I read it several more times, letting the words sink in. My hand lowers to my side, the paper rattling in my quivering fingers. Sucking in a deep breath, I fold the letter back into the envelope before nudging it into the pocket of the merino heather-gray cardigan sweater I like to wear when we go to the beach. Though there’s still a list of things to be done before we leave, all thoughts of packing have scattered from my mind. As if in a trance, I walk out the kitchen door and through the backyard to reach my studio. I let myself in and sink onto one of the director chairs pulled up to my work counter. Through the nearby open window, there’s a creaking sound of the oak trees swaying in the breeze. Otherwise, silence abounds. I’m suspended in a weird space of inaction, a paralyzing inability to think.

I lean over to open a drawer and retrieve a file. California, 1936. Black-and-white photographs spill out across my worktable. Faces of men, women, and children. All as dry, dingy, and cracked as the land in the background. I glance at the other folder tabs. New Mexico, 1935. Texas, 1938. Arkansas, 1938. Arizona, 1940. I’ve visited so many states, taken thousands of photographs. They gave a face to the masses struggling to make ends meet. They started conversations. Few would argue that my work wasn’t important and useful. And while I don’t regret my choices, I’m saddened that I’ve hurt people dear to me. Can I find peace with the sacrifices I made?

Within several minutes, the high pitch of young voices trills from the house. Everyone is back from the store. A spell has been broken. I rise, touching my hand to my pocket to feel the envelope. I push it down deeper into my sweater and walk toward the house.