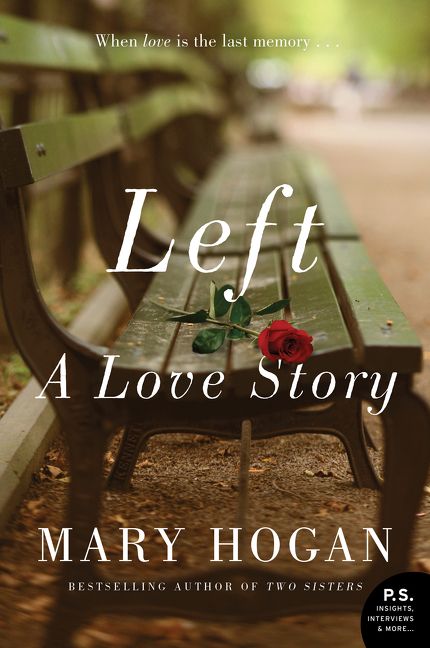 In this beautifully crafted novel from the author of the critically-acclaimed Two Sisters, comes the story of a woman who retreats into a fantasy world on New York City’s Upper West Side as she slowly loses her once whip-smart husband to dementia—perfect for fans of Still Alice.

It started as a dream vacation in Spain, with Fay and Paul Agarra enjoying all the delights of a European holiday. A respected New York City judge, Paul has always been the man Fay can rely on,

In this beautifully crafted novel from the author of the critically-acclaimed Two Sisters, comes the story of a woman who retreats into a fantasy world on New York City’s Upper West Side as she slowly loses her once whip-smart husband to dementia—perfect for fans of Still Alice.

It started as a dream vacation in Spain, with Fay and Paul Agarra enjoying all the delights of a European holiday. A respected New York City judge, Paul has always been the man Fay can rely on, no matter what. When he inexplicably disappears from a Barcelona street corner, Fay knows something is terribly wrong. Once reunited, Paul shrugs off the episode as a simple misunderstanding—but Fay suspects her almost perfect life has taken a dark and sudden turn.

Soon there are more signs that Paul is beginning to change. Bouts of forgetfulness lead to mistakes in the courtroom. Simple tasks cause unexplainable outbursts of anger. Fay’s worst suspicions are realized when she learns her husband—her rock, her love, her everything—is succumbing to the ravages of dementia.

As her husband transforms before her very eyes, Fay copes with her fears by retreating into a fantasy life filled with promise instead of pain. In Fay’s invented world, she imagines herself living a glamorous life free from heartache, with a handsome neighbor she barely knows rescuing her from a future she can’t accept.

Poignant and beautifully crafted, Left is an unforgettable tale about life’s aching uncertainties—and a woman who discovers that somewhere between hope and reality, an unexpected future will find its way forward. 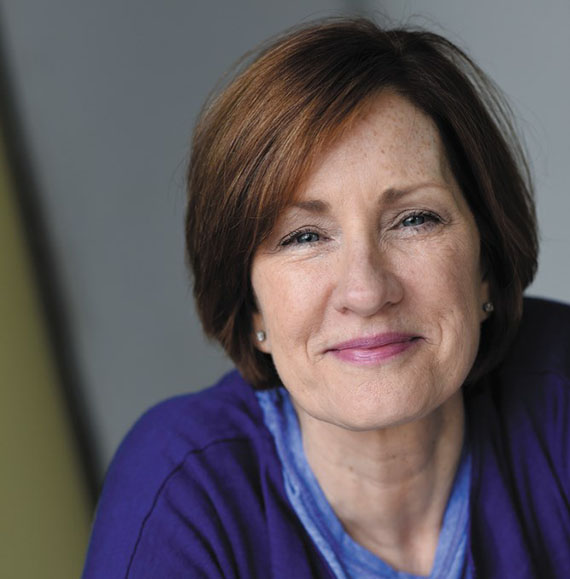 Mary Hogan is the bestselling author of Two Sisters and the historical novel, The Woman in the Photo. Previous novels include the young adult titles, The Serious Kiss, Perfect Girl and Pretty Face (HarperCollins). Mary lives in New York City with her husband, actor Robert Hogan, and their Catahoula Leopard rescue dog, Lucy.

“A touching novel. The book poignantly portrays Fay’s struggle to come to terms with…uncomfortable yet necessary questions about the conditions of love.”—Publishers Weekly

“Hogan…does a good job of mixing humor and heartbreak in this sharply observed novel, drawn from her own experience.”—Booklist

I dedicated this novel to my dad who died of Alzheimer’s disease. He spent the last year of his life in a beautiful, sunny memory home. Flowers blossomed in the central courtyard; the luscious aroma of freshly-baked cookies floated through the air. It was the sort of place designed to please both visitors and residents. Yet, Dad hated it there. He was separated from the one person he remembered: his wife. She lived several miles away, in the elegant elder community where they had planned to remain for the rest of their lives. Everyone who knew my dad and stepmom assumed they would both pass away in the night, holding each other’s hand. Life, as I’ve come to see many times since, has its own plan.

Near the end, Dad didn’t recognize me or my brothers. He forgot that his eldest daughter, my sister, had passed away. His grandchildren never once entered his mind. Yet his wife—even a city away—was the centerpiece of his life. He lived for her visits. Over and over, he asked everyone why she wasn’t with him. Love, I would see through my father, is the last thing to leave a failing mind.

Since my dad’s passing, I’ve had intimate experience with the many forms dementia can take. Cognitive impairment, it seems, is a family legacy. First, you cry. Then, you blow your nose and figure out ways to make life worth living for your loved ones and you…their caretaker. I never thought I could do it. Love, I now know, makes anything possible.

Today, more than 47 million people live with dementia. That’s the equivalent of the entire population of Texas and New York combined. That enormous number will double by 2030 and triple by 2050. Today, every 66 seconds, someone in the United States will develop Alzheimer’s. It’s the elephant in the living room for our healthcare system. Medicare doesn’t cover memory care. Families are on their own. And few can afford a flower-filled residence that smells like cookies. Remember, Ronald Reagan lived a full decade after his Alzheimer’s diagnosis. And he had symptoms—as everyone does—for years before that.

This story—a love story—is dedicated to my dad, but was written for the army of quiet heroes who take care of their moms, dads, husbands, wives, grandparents, etc. at home. With help, and without help. Even though it sometimes feels like it, you are not alone.