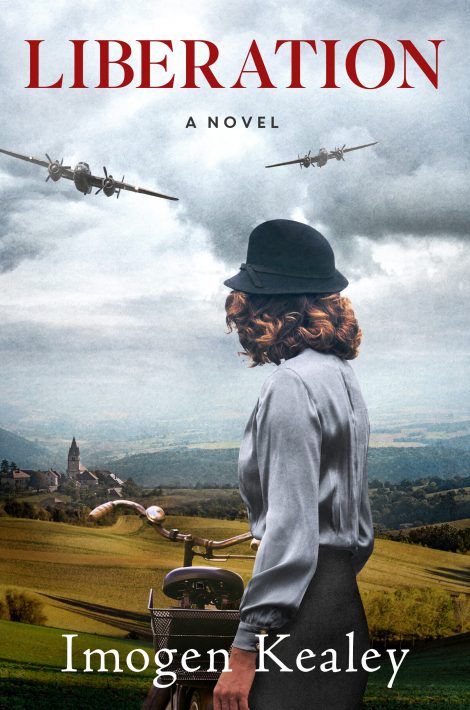 To the Allies, she was a fearless freedom fighter, a special operations legend, a woman ahead of her time. To the Gestapo, she was a ghost, a shadow, the most wanted person in the world.

But at first, Nancy Wake was just another young woman living in Marseilles and recently engaged to a man she loved.

To the Allies, she was a fearless freedom fighter, a special operations legend, a woman ahead of her time. To the Gestapo, she was a ghost, a shadow, the most wanted person in the world.

But at first, Nancy Wake was just another young woman living in Marseilles and recently engaged to a man she loved. Then France fell to the Nazi blitzkrieg. With her appetite for danger, Nancy quickly finds herself drawn into the underground Resistance standing up to Nazi rule. Gaining notoriety as the White Mouse, with a 5-million-franc bounty hanging over her head, Wake rises to the top of the Nazi’s Most Wanted list — only to find her husband arrested for treasonous activity under suspicion of being the White Mouse himself.

Narrowly escaping to Britain, Wake joins the Special Operations Executive (SOE) and parachutes into the Auvergne, where she must fight for the respect of some of the toughest Resistance fighters in France. As she and her maquisards battle the Nazis, their every engagement brings the end of the war closer — but also places her husband in deeper peril.

A riveting, richly imagined historical thriller, LIBERATION brings to life one of World War II’s most fascinating unsung heroines in all her fierce power and complexity. This is the story of one of the one of the war’s most decorated women, told like never before.

Imogen Kealey is the pseudonym of American screenwriter Darby Kealey and British novelist Imogen Robertson, who bonded over their desire to tell Wake’s story. Liberation, their first novel as Imogen Kealey, is currently in development as a major motion picture.

“Basing their novel on the real-life exploits of New Zealander Nancy Wake…Kealey emphasizes the challenges Wake faced and overcame in the face of gender prejudice on the part of her comrades…This is an exciting and super cinema-ready WWII thriller.”  – Booklist

“What a story, and Imogen Kealey tells it brilliantly. This is more than a heart-stopping and exciting adventure thriller: Nancy Wake is a heroine for our times, as well as for hers. The most extraordinary thing of all is that in its essentials, the story is true.”  – Andrew Taylor, author of An Unpardonable Crime

“Imogen Kealey has written a proper page-turning thriller, remarkably based on the true story of one of the Second World War’s truly great heroines.” – Ben Fergusson, author of An Honest Man

“The White Mouse is a Resistance heroine of legendary courage, daring and cleverness. Imogen Kealey conjures her rebellious, passionate character with conviction, insight and gritty detail.” – Amanda Craig, author of Love in Idleness

“I absolutely raced through this, based on the incredible Nancy Wake, a real-life superhero. An astonishing, heart-thudding and unforgettable story, brilliantly told.” – Jill Mansell, author of Miranda’s Big Mistake

“A bold, blazing account of an astonishing woman in an extraordinary time, by a master storyteller. Vivid, harrowing, engaging, but above all compelling. A rare treat.” – Robyn Young, author of the Brethren trilogy

2. In LIBERATION, women are seen conducting trains and working as secretaries, et cetera. Discuss the various roles of women during wartime. Would you have taken the same path as Nancy, or would you have chosen a completely different role? Explain why.

3. How do male characters factor into this narrative? In what ways does LIBERATION navigate topics such as toxic masculinity and gender stereotypes?

4. Who is/are your favorite character(s) in the book? Explain why.

5. How do you imagine Nancy’s postwar life would have been like if Henri Fiocca had lived? Explain.

6. Discuss how you feel about reading part of the story from the perspective of Major Markus Böhm.

8. How is violence portrayed in the book? How do those portrayals differ from other war novels and/or films you’ve read?

9. How do you reconcile your understanding of issues such as racism, feminism, gender equality and identity, ageism, et cetera, with what is portrayed in the book?

10. Do you consider Nancy Wake a hero? Why or why not?

A Conversation with Imogen Robertson

What is it about Nancy Wake that made you want to tell her story?

I loved her no-bullshit attitude to life. She was an adventurer before the war even began, a woman of such strength and conviction. I loved the idea of trying to capture her on the page.

Why did you choose to write part of the story from Major Markus Böhm’s perspective?

We have to learn from the horrors of World War II, and one of the most terrifying things we should remember is that many Nazis weren’t simpleminded thugs. They were educated men who regarded themselves as noble warriors for a noble cause. We have to understand that it was not only thugs and fools who were sucked in by that horrific, twisted ideology, and we need to see it as a powerful warning.

Which character was the most difficult to develop? Please explain why.

Definitely Böhm. His head was not a great place to be. I read a lot about the Nuremberg trials, the campaign in the East, the Gestapo and the camps. It made me sick and despairing.

Why do you believe Nancy’s story needs to be retold? What relevance does she have in the current social and political climate in the United States?

The world in which she fought was one turned violent through tribalism, the cultish worship of strongmen, the “othering” of people of different races and religions, and toxic nationalism. Her story shows the sacrifices and the conviction necessary to keep fighting when those forces seem overwhelming,

Who are some other unsung heroes or heroines of World War II that you would want to write about? Explain why.

I’m writing this just after Holocaust Memorial Day, and the stories being shared on twitter are a reminder of how many unsung heroes and heroines there are. I’m not sure I’m the one to tell those, though. There is much more to be written about the men and women of the SOE—Denis Rake deserves a book of his own, for example—but I also want to hear stories and voices from around the world, and often the most important thing you can do as a writer is to listen.

Which authors have influenced your books the most? Please explain why.

Vassily Grossman for his ambition, rigor, and unflinching gaze. As a writer of adventure and thrillers, I’ve learned a huge amount from Wilbur Smith and Lee Child—they can give a page of prose the same crackling excitement as an action movie. Zadie Smith is one of the best prose stylists writing today. I study the cadence of her sentences with awe. I’d really like to write like Nicci French, Erin Kelly, and Rosamund Lupton. Their ability to take you into the minds of their characters is unmatched.

What are some of your favorite books of all time? Any recent favorites? Please explain why.

Of all time? I was brought up on Dickens and Austen, and if you made me choose one book, it would have to be Bleak House. That said, the author I reread most is probably Terry Pratchett. A constant delight. I have a huge list of current favorites. I’m reading The Confessions of Frannie Langton, by Sara Collins, at the moment, and it’s superb. I’ve also just discovered the short stories of Teffi and am devouring them.

What is your writing process like? Do you have set hours when you write, or only when inspiration strikes? Do you have any special places you like to write?

I write best in the mornings—it’s when my brain is usually at its brightest. Many days I’m not writing, but researching and putting together ideas. I think waiting for inspiration to strike is fatal. I’d still be working on my second book if I did that. Often inspiration only comes as you are working. I have a desk in my flat within easy reach of the coffee maker surrounded by pictures and books, which is where I spend most of my days.

What advice would you give to writers of historical fiction?

Do your research! But never forget the most important element is your character and their experience. Never try and force things into the story because you found them interesting when you were reading up on a period or a person. Once you are confident you know their world, close the reference books and follow them on their journey. We all make mistakes, though—try and stop the fear of making them paralyze your imagination.

What is the best part of writing a book with another person? What are some of the challenges? What advice would you give to other writers who want to team up to write a book?

Having two brains! All the incredible work Darby had done on the screenplay meant I had a map in my hands, a guide, and Nancy leaping off the page. Finding that map of a story is one of the most difficult elements in wiring any book, so I felt all the hard work had been done before I started. Also, writing can be a very lonely business, so being able to talk through characters and plot points, settings, and beats in the story with Darby was brilliant. In co-writing I think you need a clear shared vision, shared enthusiasm, and a sense of humor. Pick someone you trust as a writer and someone you get on with as a human being, and you’re on to a good thing.