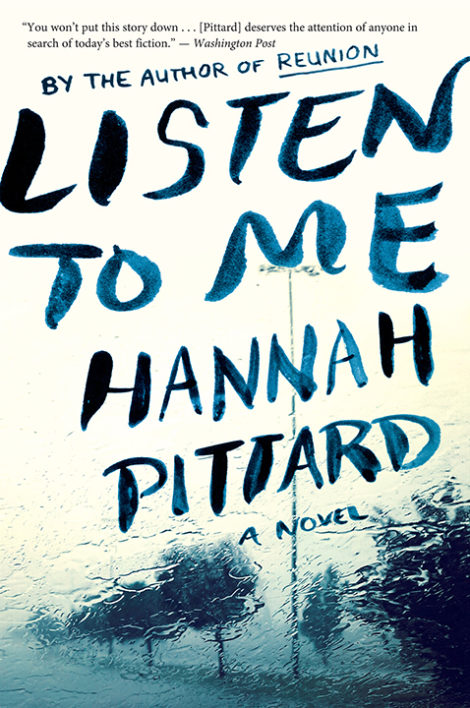 Mark and Maggie’s annual drive east to visit family has gotten off to a rocky start. By the time they’re on the road, it’s late, a storm is brewing, and they are no longer speaking to one another. Adding to the stress, Maggie—recently mugged at gunpoint—is lately not herself, and Mark is at a loss about what to make of the stranger he calls his wife. Forced to stop for the night at a remote inn, completely without power, Maggie’s paranoia reaches an all-time and terrifying high. But when Mark finds himself threatened in a dark parking lot, it’s Maggie who takes control.

Mark and Maggie’s annual drive east to visit family has gotten off to a rocky start. By the time they’re on the road, it’s late, a storm is brewing, and they are no longer speaking to one another. Adding to the stress, Maggie—recently mugged at gunpoint—is lately not herself, and Mark is at a loss about what to make of the stranger he calls his wife. Forced to stop for the night at a remote inn, completely without power, Maggie’s paranoia reaches an all-time and terrifying high. But when Mark finds himself threatened in a dark parking lot, it’s Maggie who takes control. 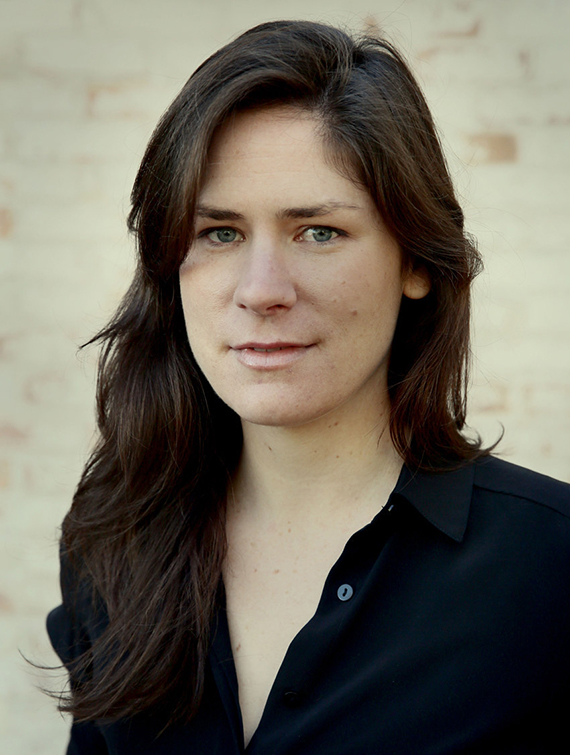 Hannah Pittard is the author of the novels Reunion—a LibraryReads selection, Chicago Tribune Editor’s Choice, BuzzFeed Top 5 Great Book, People Best New Book, TimeOut Chicago Must-Read, and a Good Housekeeping Hot New Novel—and The Fates Will Find Their Way. Her stories have appeared in the American Scholar, McSweeney’s, and other publications. She teaches fiction at the University of Kentucky’s M.F.A. Program in Creative Writing.

“In Listen to Me, Hannah Pittard takes the reader on a young married couple’s chilling road trip. The dangers and mishaps of the physical journey provide enormous suspense, but still greater are all the fears each houses within. Pittard is a gifted writer with an excellent eye for the intricate details that shape a relationship.” —Jill McCorkle, author of Life After Life

“Hannah Pittard’s Listen to Me is a dazzling new novel with a perfectly-drawn forty-something couple on a positively Hitchcockian misadventure. As the suspense grows, their world turns darker and more menacing, threatened by violent weather and bizarre people, like the cowboy who, out of nowhere, remarks on Maggie’s appearance—or does he? By then you know you’re in for the duration, a ride into the heart of darkness, West Virginia style, where, after a night in hell and a heartbreakingly high price, they find what they’re looking for—a way out, a second chance.”—Frederick Barthelme, author of There Must Be Some Mistake and Waveland

“Hannah Pittard’s got the goods. There’s no doubt about it. Listen to Me has a way of making you uneasy from the get go. Maybe it’s the approaching storm, the dark night, all the terrible things that might be hiding around the corner. Or maybe it’s just how much the main characters, with all of their faults and scars and frustrated desires, remind us of ourselves. Regardless, this is a psychologically complex, addictive, and quick moving read. I didn’t want it to end!”—M.O. Walsh, author of New York Times bestselling novel My Sunshine Away

A recurring theme throughout the novel is that of anonymity. It is the subject of Mark’s book in progress; as Maggie’s anxieties intensify, Mark sometimes feels “it was like he was living with a stranger” (p. 20). The “college girl” whose murder so disturbs Maggie is never named, rendering her death somehow impersonal. What do you think was Pittard’s intention in highlighting this idea? What effect did it have on the “atmosphere” of the book?

In your opinion, is Mark’s attitude toward the people they meet along their way to Virginia, including the family in the truck at the hotel parking lot, elitist? How does it compare to his feelings about Elizabeth’s sense of entitlement?

Mark and Maggie each have a separate, unpleasant encounter with the same would-be cowboy at a gas station (pp. 44-49). Why do you think they each declined to tell the other about their encounters? How might the story, or the characters’ feelings, have changed if each knew about the other’s encounter?

Though Mark is frustrated that they have a neurotic dog, the phrase “a dog’s dog and a man’s man” pops into his head unbidden. He shakes it off and wonders, “Where had that thought even come from?” (p. 63). What is the significance of that phrase to you, coming at that particular point in the story?

Like many married couples, Mark and Maggie continually get into arguments or quarrels, and they’ve each developed strategies to try to win, evade, or resolve those arguments. What did you think of their various strategies? Did any seem particularly familiar?

In their various squabbles, did you find yourself siding with either Mark or Maggie in particular?

Do you think Mark and Maggie would be good parents?

Do you agree with Mark that modern technology and the Internet are a scourge, reducing the quality of life? Would it be better for Maggie not to know about the terrible stories she reads online, even though they’ve still happened?

At the end of the novel Mark castigates himself for assuming the worst about what was happening in the truck, and what his “ungenerous” assumptions and behavior led to. Do you agree with his final assessment of himself?

Maggie resolves at the conclusion of the book to “be better, calmer,” to improve her physical and emotional health and pull herself out of the mire of the past few weeks (p. 184). Do you believe she’ll stick to her resolutions?

Were you surprised by the plot developments in Listen to Me? What atmosphere did you feel Hannah Pittard was building as the novel reached its conclusion?

Listen to me and I will speak: but first swear, by wordand hand, that you will keep me safe with all your heart.

by one’s self: automatic

ORIGIN from Greek: autos ‘self.’

They were on the road later than they intended. They’d wanted to make Indianapolis by noon, but they overslept. Mark offered to walk the dog while Maggie packed up the car. He’d wanted her to pack up the car the night before, but Maggie said it was nuts to leave a car full of luggage on a side street in Chicago.

“Every time,” she’d said. “We go through this every time.”

“You worry too much,” he said.

It was dark by the time they’d had this argument and late, which meant Maggie had already won.

And so, in the morning, it was Mark — as promised — who took the dog out so that Maggie could arrange the car. But downstairs, in the private entrance to their apartment — private entrance! It had taken forever, but three years ago they’d finally found the perfect apartment with its own perfectly private entrance, which they didn’t have to share with a single other person, a fact that, to this day, continued to bring Maggie sharp, if fleeting, pleasure — was the week’s recycling, just sitting there at the bottom of the stairs. Mark swore he’d taken it out.

She put down the luggage and was about to pick up the bin to do the job herself when she saw it: a pink-gold length of foil peeking up from beneath a newspaper. She pushed the paper aside.

Her heart sank — exactly what she thought: the foil was attached to an empty bottle of champagne. Her bottle of champagne. Hers and Mark’s, from their last anniversary. She’d been saving it. For what, she didn’t know. But she’d liked looking at it every now and then where she’d stashed it above the refrigerator next to the cookbooks. True, it had been a while since she’d taken any real note of the thing. Even so. It made her sad to think he’d thrown it out without ceremony, which was an overly sentimental concern — did an empty bottle truly merit ceremony? — but what was she going to do? Suddenly become a different person?

According to the Enneagram, which she’d taken on the recommendation of her therapist — former therapist, Maggie had stopped seeing her three weeks ago — everyone emerged from childhood with a basic personality type. Maggie’s was Loyalist. Think: committed, hard-working, reliable. Also according to the Enneagram (she’d done some recent reading on her own), people didn’t change from their basic type. Instead, throughout their lives, they vacillate between nine different levels within their type, the healthiest being a One.

Lately, Maggie was about an Eight. Think: paranoia, hysteria, irrational behavior. Her goal, by the end of the summer, was to be back at her usual Three or Four. There wasn’t an overnight solution.

She picked up the bottle. Even empty, its weight was significant. Mark had splurged because they could. Because life was good and on what else were they going to spend their money? “There are no luggage racks on hearses,” they sometimes said to one another. “Spend it if you’ve got it.” Mostly they were joking — they never spent beyond their means. But it was only just the two of them. They had no children’s educations to consider, and so why not enjoy an extravagance every once in a while?

She tore off a sliver of the pink foil — the tiniest of keepsakes! — then slipped it into her back pocket. Perhaps Mark was testing her, measuring her steadiness by relieving her of an ultimately trivial trinket. Yet he’d been so patient these last nine months, so generous with his affection — kissing her shoulder before clearing the table, squeezing her hand before falling asleep. Sure, they’d quarreled about the luggage and maybe the last three weeks had been more strained than usual, but quarrels, as Maggie and her former therapist had discussed, were the latticework of relationships. They were the branches — interlacing the pattern, strengthening the structure — that sheltered them and kept them together.

She put the bottle back in the bin, right at the very top. She didn’t need to say a thing about it. She would pass his test with flying colors.

Mark and Gerome were crossing the street when she emerged from the front door.

“What are you doing?” said Mark.

She watched his eyes; they didn’t acknowledge the bottle.

“Gerome didn’t do anything,” Mark said.

Maggie looked down at Gerome, who was looking up at her and wagging his tail. He sneezed.

Gerome was still wagging his tail.

“You’re driving him crazy with the recycling.” Mark held out his hands to take it.

“If I chuck it all at once or put it in piece by piece doesn’t matter. It all goes to the same place, whether it’s broken or not.”

Maggie shrugged. He was right. She knew he was right. She wasn’t an idiot, but there was something so gloomy about Mark carelessly hurling it all away. Just as there was something equally gloomy about watching the homeless man who walked their alley take off his gloves one finger at a time before searching the recycling for refundable bottles. It was silly to think their bottles and cans contributed anything significant to the man’s well-being, but she couldn’t help it. The thought of him fingering broken bits of glass made her heart ache. Of course, she hadn’t actually seen anyone going through the trash since autumn, as she hadn’t taken out the recycling since her mugging,…