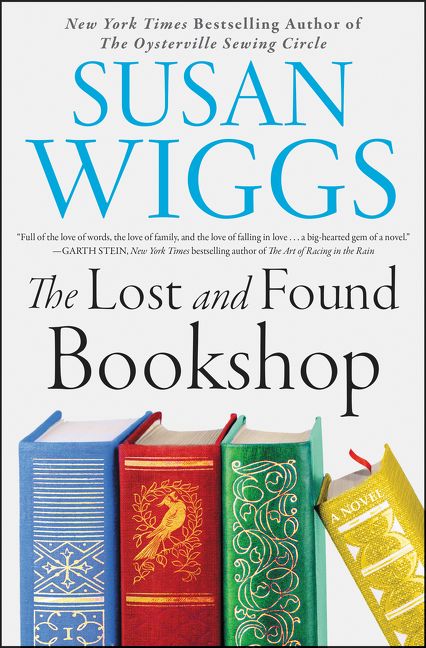 THE LOST AND FOUND BOOKSHOP

In this thought-provoking, wise and emotionally rich novel, New York Times bestselling author Susan Wiggs explores the meaning of happiness, trust, and faith in oneself as she asks  the question, “If you had to start over, what would you do and who would you be?”

Somewhere in the vast Library of the Universe, as Natalie thought of it, there was a book that embodied exactly the things she was worrying about.

In the wake of a shocking tragedy,

In this thought-provoking, wise and emotionally rich novel, New York Times bestselling author Susan Wiggs explores the meaning of happiness, trust, and faith in oneself as she asks  the question, “If you had to start over, what would you do and who would you be?”

Somewhere in the vast Library of the Universe, as Natalie thought of it, there was a book that embodied exactly the things she was worrying about.

In the wake of a shocking tragedy, Natalie Harper inherits her mother’s charming but financially strapped bookshop in San Francisco. She also becomes caretaker for her ailing grandfather Andrew, her only living relative—not counting her scoundrel father.

But the gruff, deeply kind Andrew has begun displaying signs of decline. Natalie thinks it’s best to move him to an assisted living facility to ensure the care he needs. To pay for it, she plans to close the bookstore and sell the derelict but valuable building on historic Perdita Street, which is in need of constant fixing. There’s only one problem–Grandpa Andrew owns the building and refuses to sell. Natalie adores her grandfather; she’ll do whatever it takes to make his final years happy. Besides, she loves the store and its books provide welcome solace for her overwhelming grief.

After she moves into the small studio apartment above the shop, Natalie carries out her grandfather’s request and hires contractor Peach Gallagher to do the necessary and ongoing repairs. His young daughter, Dorothy, also becomes a regular at the store, and she and Natalie begin reading together while Peach works.

To Natalie’s surprise, her sorrow begins to dissipate as her life becomes an unexpected journey of new connections, discoveries and revelations, from unearthing artifacts hidden in the bookshop’s walls, to discovering the truth about her family, her future, and her own heart. 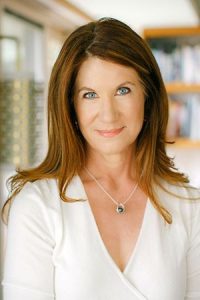 Susan Wiggs is the author of many beloved bestsellers, including the popular Lakeshore Chronicles series. She has won many awards for her work, including a RITA from Romance Writers of America.

“A wonderful exploration of the past and the future and, most importantly, of what it means to be present in the here and now. Full of the love of words, the love of family, and the love of falling in love, The Lost and Found Bookshop is a big-hearted gem of a novel that will satisfy and entertain readers from all walks of life.  Lovely!” – Garth Stein, New York Times bestselling author of The Art of Racing In The Rain

“What a warm and deeply satisfying story! Reading it is like feeling the summer sun after a long winter.” – Erica Bauermeister, New York Times bestselling author of The Scent Keeper

1. After her mother dies, Natalie reflects: “No one knew what to say to people facing a grief so big and shocking. Natalie wouldn’t know, either.” Is there a right thing to say in these moments? What would you do if Natalie were your friend?

2. “There was a book for everything. Somewhere in the vast Library of the Universe, as Natalie thought of it, her mom could find a book that embodied exactly the things Natalie was worrying about.” Which books have helped you overcome difficult moments, or been a cure for your worries or caused a revelation in your life? How do books help the different characters in this novel?

3. At Blythe’s funeral her friend Frieda reads a passage from the children’s book Charlotte’s Web. If you could have any book be part of your memorial service, what would it be?

4. Natalie tells her mother that her schoolmates’ reaction to her non-traditional family—a single mother, grandfather, and grandfather’s Chinese girlfriend—make her feel like a “freak.” How did growing up in this non-traditional family shape Natalie? How did being raised by a single father shape her mother Blythe’s life? What about Peach and Dorothy?

5. When Natalie finds out that her mother had taken a DNA test she thinks to herself: “Who were her ancestors? Oftentimes throughout her life, she’d felt like a stranger to herself. Was that the reason?” Does learning more about her family history—though the DNA test and other ways—help Natalie, or Grandy Andrew? Do you know anyone who has had a similar experience uncovering their family history, either by DNA tests or more traditional methods?

6. Blythe finds running the bookstore “a grand adventure” but Natalie’s corporate work at the winery: “…was the opposite of a grand adventure. But then she would remind herself about the steady salary, the benefits and pension plan, and decide it was all worthwhile. Stability had its price.” Are you more of a Blythe or a Natalie in your approach to work? Does Natalie ultimately change her mind and come to accept the “grand adventure” of being a bookstore owner?

8. When they find the military medal hidden in the store’s walls, Grandy insists that they return it to the owner’s heirs despite their shaky financial situation: “After learning of its value, Andrew had toyed for the briefest of moments with the notion of selling it. But there was no profit in keeping something that rightfully belonged to someone else.” Would you have done the same?

9. When Trevor confesses the truth about his background to Natalie, admitting that he’s a “fraud” and a “hoax,” she tells him “For what it’s worth, it wouldn’t have mattered…I love what you’ve done with your life. You turned it into something really beautiful.” Would you have responded the same way? What did you think about Trevor once his deceptions had been revealed?

10. At the end of the novel, Susan Wiggs gives us an update on the characters’ lives. What do you think the future holds for Natalie and Peach? For Grandy Andrew ? For the Lost and Found Bookstore itself?

11. Do you have a favorite local bookstore? What do you love about it?