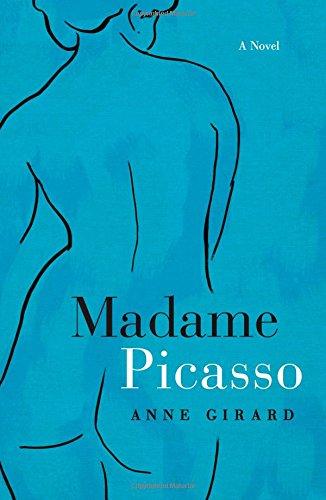 The mesmerizing and untold story of Eva Gouel, the unforgettable woman who stole the heart of the greatest artist of our time.

When Eva Gouel moves to Paris from the countryside, she is full of ambition and dreams of stardom. Though young and inexperienced, she manages to find work as a costumer at the famous Moulin Rouge, and it is here that she first catches the attention of Pablo Picasso, a rising star in the art world.

A brilliant but eccentric artist, Picasso sets his sights on Eva, and Eva can't help but be drawn into his web.

The mesmerizing and untold story of Eva Gouel, the unforgettable woman who stole the heart of the greatest artist of our time.

When Eva Gouel moves to Paris from the countryside, she is full of ambition and dreams of stardom. Though young and inexperienced, she manages to find work as a costumer at the famous Moulin Rouge, and it is here that she first catches the attention of Pablo Picasso, a rising star in the art world.

A brilliant but eccentric artist, Picasso sets his sights on Eva, and Eva can't help but be drawn into his web. But what starts as a torrid affair soon evolves into what will become the first great love of Picasso's life. With sparkling insight and passion, Madame Picasso introduces us to a dazzling heroine, taking us from the salon of Gertrude Stein to the glamorous Moulin Rouge and inside the studio and heart of one of the most enigmatic and iconic artists of the twentieth century.

Anne Girard is a writer and historian with degrees in English literature and clinical psychology. She has spent extensive time in Paris and lives in California with her husband and children.

“Early twentieth century Paris and Picasso's lost love come to enchanted, vivid life in Madame Picasso. With a deft eye for detail and deep understanding for her protagonists, Anne Girard captures the earnest young woman who enthralled the famous artist and became his unsung muse.”

Fernande Olivier and Eva Gouel were both, for a time, the object of Pablo Picasso’s obsession. How were the two women different? How were they similar? What do you think were the elements that drew him to each of them? Discuss.

In the novel, a fair amount of attention is paid to the poetry of Guillaume Apollinaire. What do you think Eva found so appealing in it?

At one point in the story, Eva finally sleeps with Louis. Did you sympathize with her motivation, or did you feel sorry for Louis, who was being misled? Do you think her actions were more self-preservation or defiance? Did you find Louis Markus a sympathetic character? Why or why not?

The setting of this book is Paris just after the turn of the century. While it is often depicted as an exciting time, Picasso’s world, especially at the Bateau-Lavoir studio, seems less than glamorous. Were you surprised that Eva was not dissuaded from her attraction to Picasso after seeing it that first night? Were you surprised that she was not dissuaded, either, by the base and sexual nature of some of his art¬work in 1911?

A tense conversation takes place in Céret between Picasso, his former mistress Fernande and their friends, who side with her. Did you find yourself sympathizing with Fernande at that point in the story? Did you believe that she truly had learned her lesson and wished to reconcile with him? If so, what made her a sympathetic figure for you? If not, did you think Picasso should have engaged in a confrontation at all?

Eva faces a heartbreaking decision when she is told that her doctor suspects cancer. How did you feel about her decision to withhold that information from Picasso?

While Eva was immortalized in several of Picasso’s Cubist works, there is no known classically painted, or sketched, image of her by Picasso himself, yet there are many of Fernande and every other prominent woman in his life before and after. What are the possible reasons for this?

What did you make of the way some of Picasso’s friends, such as the Pichots, refused to betray Fernande for Eva, even knowing that Fernande had been habitually unfaithful, while others, such as Max Jacob, Gertrude Stein and Alice Toklas, warmed to Eva and even became her devoted friends? Is it impossible to be an impartial friend in that sort of circumstance?

If Eva had not fallen ill, do you believe she and Picasso would have married? If so, do you believe he would have remained faithful, when he had never been faithful before her? How might their marriage, and years together, have changed his art?

Religion is a common theme in the book. What do you make of Picasso’s troubled spiritual journey, from his feelings of anger after the death of his sister to his feelings of betrayal over the impending loss of Eva? Was the intensity justified? How do you think his feelings of spite toward God contributed to his actions throughout the novel, particularly during Eva’s illness?

While there are numerous theories, very little is known about what disease ultimately claimed Eva’s life. Though there is circumstantial evidence, documentation and medical records seem to have been destroyed. Do you suppose, as the book infers, that Eva herself did not want the information left to history? If so, what might her reason have been? Does it seem logical to you that shame might have played a part in an era where affairs were rampant and sexuality pervaded art and literature? If not, what might some other reasons have been?

Prior to reading Madame Picasso, what were your perceptions of Pablo Picasso as a historical figure? Were those perceptions informed by the many biographies of his life, by popular culture (i.e. movies or television documentaries), or his art? How, if at all, were those perceptions changed by reading this novel?