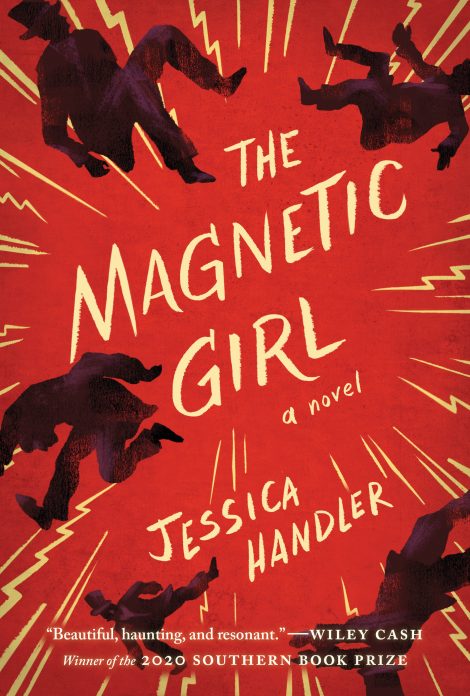 In this gorgeously envisioned debut, set as the emergence of electricity and women’s desire for political, cultural, and sexual power electrified the country, a young woman’s rise to Vaudeville fame exposes secrets of her family’s past—and the keys to her own future.

In rural north Georgia two decades after the Civil War, thirteen-year-old Lulu Hurst discovers an obscure book by legendary Mesmerist Henrietta Wolf on her father’s shelf. After Lulu uses Wolf’s wisdom to convince a cousin she can conduct electricity with her touch, her father sees an opportunity. Her father’s lessons transform Lulu, once deemed gangly and indelicate,

In this gorgeously envisioned debut, set as the emergence of electricity and women’s desire for political, cultural, and sexual power electrified the country, a young woman’s rise to Vaudeville fame exposes secrets of her family’s past—and the keys to her own future.

In rural north Georgia two decades after the Civil War, thirteen-year-old Lulu Hurst discovers an obscure book by legendary Mesmerist Henrietta Wolf on her father’s shelf. After Lulu uses Wolf’s wisdom to convince a cousin she can conduct electricity with her touch, her father sees an opportunity. Her father’s lessons transform Lulu, once deemed gangly and indelicate, into an electrifying new woman: The Magnetic Girl, captivating enthusiastic crowds by lifting grown men in parlor chairs, throwing them across the stage with her “electrical charge.”

As her notoriety grows, Lulu harbors a secret belief that she can use the power of Mesmerism to heal her disabled baby brother, Leo, with whom she shares a profound and supernatural mental connection. To help him, she delves into the mysterious book’s pages, determined to harness Wolf’s teachings and convince herself, and the world, that her gifts are authentic. But will they be enough to heal her family?

Based on true events, this award-winning novel is a unique portrait of a forgotten period in history, seen through the story of one young woman’s power over her family, her community, and ultimately, herself. 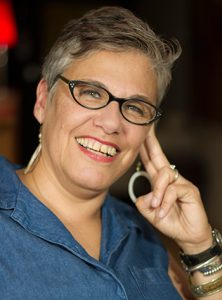 Jessica Handler is the author of the novel The Magnetic Girl,  winner of the 2020 Southern Book Prize, an Indie Next pick, Wall Street Journal Spring 2019 pick, Bitter Southerner Summer 2019 pick, and a SIBA Okra Pick. Her memoir, Invisible Sisters, was named one of the “Twenty Five Books All Georgians Should Read,” and her craft guide Braving the Fire: A Guide to Writing About Grief and Loss was praised by Vanity Fair magazine. Her writing has appeared on NPR, in Tin House, Drunken Boat, The Bitter Southerner, Brevity, Creative Nonfiction, Newsweek, The Washington Post, Electric Lit, and More Magazine. She teaches creative writing at Oglethorpe University in Atlanta, and lectures internationally on writing.

Winner of the Southern Book Prize
Finalist for the Townsend Prize
Finalist for Georgia Author of the Year
Indie Next pick, April 2019
Georgia Center for the Book, Books all Georgians Should Read 2019
One of the Atlanta Journal Constitution’s “South’s 10 best books of 2019”

“Handler captures the ambivalence of female adolescence, where the newfound ability to captivate others exists in unsteady balance with the fear of loss of independence. A thoroughly fresh historical novel that both captures the essence of its time and echoes challenges that still exist today.” —Kirkus Reviews, Starred Review

“Like the powers of Lulu Hurst, Jessica Handler’s literary power feels like a sleight of hand. It’s impossible that a novel can be this beautiful, this haunting, and this resonant, but your eyes (and your heart) are not deceiving you. The Magnetic Girl is a gorgeous, brutal book: a strange alchemy of love, fear, fate, and hope.” —Wiley Cash, New York Times Bestselling author of The Last Ballad

“This is a story that gets at the core of what it’s like to be alive, honing in on modern day feminist anxieties through the lens of a distant time when electricity was glamorous instead of merely a technological afterthought. Handler provides a touching look at how human desire doesn’t always equal what is right, and the result is an astonishing tale that does not pander or falter, but crackles with magic.” —Atlanta Journal-Constitution

1. What were your expectations before starting this book?

2. Do you think Lulu is fully responsible for what happened to Leo?

3. If you were Lulu, would you have agreed to her father’s Vaudeville scheme?

4. Would you participate in Lulu’s tests if you were an audience member? What do you think those men felt on the stage with her?

5. Where is the first place you would go if you were suddenly a star of the stage? What would your stage name be?

6. If you could ask the author one question about The Magnetic Girl, what would it be?

Who was the real Lulu Hurst, the Magnetic Girl?

Lulu Hurst was born in 1869 and grew up in Cedartown, Georgia. She performed on American stages as a teenager for nearly two years as “The Magnetic Girl” and sometimes, “The Georgia Wonder.” She was the first of several performers, all from Georgia, who called themselves “magnetic” or “electric” girls. In the 1880s, electricity was not yet in common use. Many people confused the new science with what they understood about magnets. Lulu Hurst convinced audiences that she transmitted that mysterious electrical power through her touch. On stage, she held a walking cane or a chair. She asked volunteers to hold the cane with her, or sit in the chair. She then used the physics principle of fulcrum and lever and her own powers of persuasion to convince people that the “electricity” in her hands threw them from the cane to the ground, or lifted the chair in which they sat.

How did you first learn about Lulu?

Years ago, my mother emailed me a digital clipping called “The Feats of the Magnetic Girl Explained,” from an engineering publication from the late 19th century. The article debunked a performer named Lulu Hurst. We’d never heard of her. My mom and I were fascinated by real-life stories of women and girls whose physical circumstances bewildered medical science. That’s a theme of my memoir, Invisible Sisters. Once I “met” Lulu this way, I couldn’t forget her.

You’ve written two books of nonfiction. Why did you switch to fiction with The Magnetic Girl?

My first inclination was to write this as nonfiction, because that’s where I was most comfortable! The Magnetic Girl as a novel is based in fact, but as I researched and wrote drafts, I realized this is the story of a young woman who accepted a responsibility that changed her life. Lulu Hurst’s own thoughts and feelings aren’t available in the research. Once I allowed myself to imagine her interior life, I was free to imagine so much more!

How did you make a character from almost 150 years ago feel relatable to contemporary audiences?

The world in which Lulu Hurst lived and performed was different from ours in so many fascinating ways — the newness of electricity, her idea of fashion (Bustles! Leg o’ mutton sleeves!), or traveling by horse-drawn cart. But she was a teenaged girl. I was a teenaged girl almost a century later, but I remember that awkwardness and joy. She loved her family, and I know what that feels like, too. Jealousy, love, excitement, betrayal — these emotions and experiences were surely the same then as they are now. People just wore different clothes and used different tools.

Your research for The Magnetic Girl involved reading Lulu Hurst’s autobiography, reading period newspaper accounts of her performances, learning about Mesmerism and Spiritualism, visiting Hurst’s hometown in North Georgia, and visiting a Spiritualist community in Florida. What did you learn about Lulu Hurst that didn’t make it into the novel?

The real Lulu Hurst performed in several Western mining towns. I love to imagine what that must have been like – I see something in my mind like an episode of the television show “Deadwood” – but keeping the novel to a reasonable number of pages meant leaving out some tour stops. Sadly, “The Magnetic Girl” on stage in Anaconda, Montana had to go.

What’s next for you?

I’m in the very early stages of drafting a new book, about the topic that obsesses me; women, our bodies, and who gets to determine the truth.