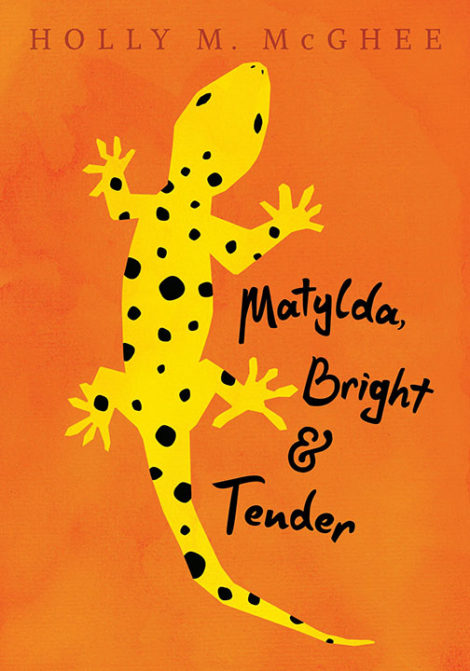 In a courageous debut novel, Holly M. McGhee explores the loss that shakes one girl’s world — and the unexpected consequences of the things we do for love.

Sussy and Guy are best friends, fourth-graders who share their silliest thoughts and deepest hopes. One afternoon, the two of them decide they must have something of their very own to love. After a trip to the pet store, they bring home a spotted lizard, the one with the ancient face and starfish toes, and they name her Matylda (with a y so it’s all her own).

In a courageous debut novel, Holly M. McGhee explores the loss that shakes one girl’s world — and the unexpected consequences of the things we do for love.

Sussy and Guy are best friends, fourth-graders who share their silliest thoughts and deepest hopes. One afternoon, the two of them decide they must have something of their very own to love. After a trip to the pet store, they bring home a spotted lizard, the one with the ancient face and starfish toes, and they name her Matylda (with a y so it’s all her own). With Guy leading the way, they feed her and give her an origin story fit for a warrior lizard. A few weeks later, on a simple bike ride, there is a terrible accident. As hard as it is, Sussy is sure she can hold on to Guy if she can find a way to love Matylda enough. But in a startling turn of events, Sussy reconsiders what it means to grieve and heal and hope and go on, for her own sake and Matylda’s. By turns both devastating and buoyant, this story is a brave one, showing how far we can justify going for a real and true friend. 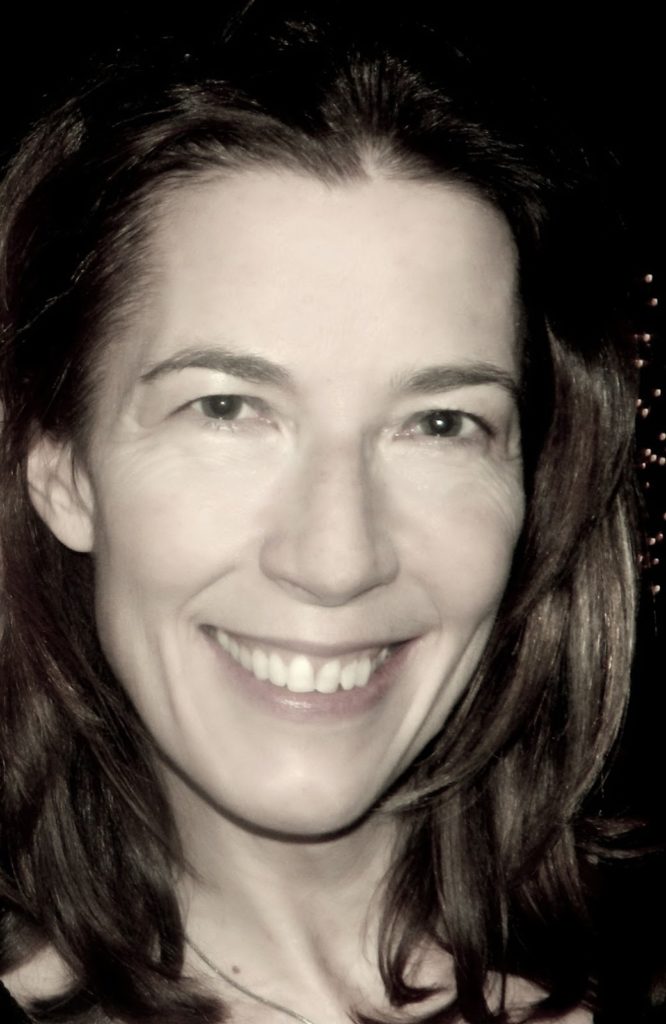 Holly M. McGhee, who also writes under the pen name Hallie Durand, is the author of three picture books, including Mitchell’s License and Mitchell Goes Bowling, both illustrated by Tony Fucile, and a chapter-book series. She lives with her family, her antisocial dog, and her two leopard geckos (Speedy and Midnight) in Maplewood, New Jersey.

“A bright and tender novel of love, loss, and survival.”—Kirkus Review

“At its core, this is a sincere, tender story of friendship…Sussy’s deep sorrow hovers at the edges of each page, but McGhee (the author of Dessert First and other books, writing as Hallie Durand) handles the story’s heavy emotions with a light touch, using Sussy’s changing relationship with Matylda and a classmate to provide balance.”—Publishers Weekly

“Both Sussy and Guy are creative, intelligent characters, and this novel is a good fit for sensitive middle grade readers…This honest and sensitive offering about grief touches on many difficult topics that, while resolved by the conclusion, may require follow-up conversations with a trusted adult.” —School Library Journal

“This tackles grief for the middle-grade set in much the same way as Ali Benjamin’s The Thing about Jellyfish (2015). As a simple preadolescent love story, it’s refreshing as well.”—Booklist

2. Have you ever learned anything about the world or about yourself from a pet or an animal? What did you learn?

3. Why is it so easy for Sussy to listen to that voice inside her telling her to steal Matylda presents from the pet store?

4. In addition to her stealing and feelings of sadness, what behaviors or changes in personality did you notice in Sussy after Guy died? In what ways did the accident affect her family?

5. Do you think Matylda really is communicating with Sussy?

6. Did this book make you feel at all differently about your loved ones and how you treat them?

7. Why did Sussy wear the same clothes that she was wearing on the day of the accident for so long?

8. Do you think having Matylda made it harder or easier for Sussy to face a world without her best friend?

9. Even when they can’t relate to what she’s going through, the people around Sussy are kind and understanding: her parents, Mrs. Hose, Wayne Hoffman, and Mike from Total Pets. Did any of them surprise you?

10. When Sussy thinks, “I was always gonna be on Witchett somehow, was always gonna hear that crash — loud or quiet I’d hear it. I was supposed to hear it; it was part of me,” what does she realize about that day and her future (page 195)?

11. Do you think it’s right that Sussy isn’t punished for stealing from the pet store? What is the difference between regular bad behavior and bad behavior after a tragedy? Should they be treated differently? Why or why not?

12. What does Matylda’s tail mean to Sussy? What does it mean to you?

I began to write my first middle-grade novel, the book that would become Matylda, Bright and Tender, in the summer of 2012. My oldest child was beginning to recover from a long and complicated illness right when Sussy Reed blew into my conscious; I took that as a sign and I paid attention. By the end of that first summer, I had twenty pages cobbled together, but I didn’t know what Sussy’s story was yet . . . only that, like my daughter’s, it had something to do with survival.

As the other characters began to appear, Sussy’s friend Guy Hose and their leopard gecko, Matylda, I understood the story had something to do with my own survival, too, and a fatal accident I experienced in my youth. I’d been haunted by it for many years, and I knew in my bones that Sussy Reed had come to lead me through it.

The following fall, I had a disturbing and unforgettable dream, in which my fingernails were blue. It was an urgent message. I knew that if I didn’t find a way to write this book, I would lose a part of myself. That’s when I made my commitment to Sussy Reed. I began typing every day, on NJ Transit during my morning commute and after my children went to sleep at night, sometimes with my eyes closed to better hear the words.

Although this story is entirely made up (except for the cricket-trap design), my own emotional experience was its muse. Sussy’s best friend, Guy Hose, is the kind of friend I wished for as a child, the kind of friend who loves you exactly as you are. And Matylda, a character inspired by my son’s leopard geckos, is a mythical lizard of my own dreams and imagination, a noble survivor like Sussy.

I am thankful to these characters for the gifts they brought to me as I listened to what they had to say, and I am so happy and surprised that their story turned out to be a great love story. I never would have guessed that as I was writing. This novel is about the boundless love we can have for each other and for ourselves, and how that love can be revealed in the most astonishing and sometimes terrifying ways. It’s about the knowledge that love makes anything possible and bears all things.

It’s my deepest wish that Sussy and Guy’s story will bring hope to those who read it, even the youngest among them, the way it did for me. There’s a light on there in the darkness—sometimes hard to see, sometimes flickering, but always on. Stay on the path of love and stick with your friends; choose love and you’ll find the light.