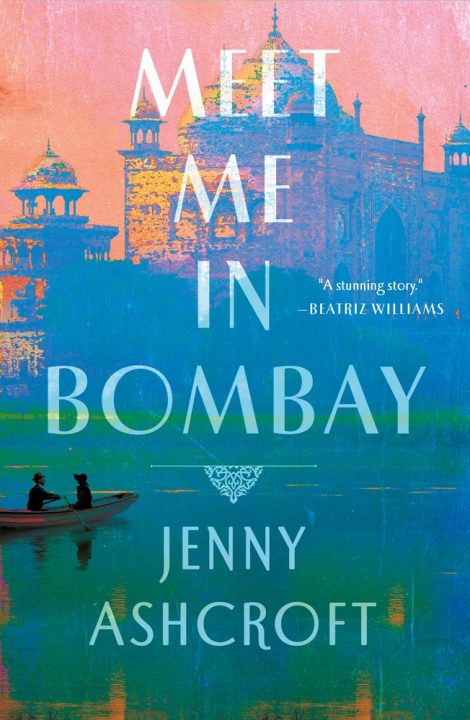 MEET ME IN BOMBAY

All he needs is to find her. First, he must remember who she is.

It’s New Year’s Eve in Bombay, 1913, and Madeline Bright, new to the sweltering heat of colonial India, is yearning for all she has left behind in England. Then, at the stroke of midnight, Maddy meets Luke Devereaux, and as the year changes so do both their lives.

Bold and charismatic, Luke opens her eyes to the wonders of Bombay, while Maddy’s beauty and vivacity captures his heart. Only her mother disapproves, preferring the devoted Guy Bowen as a match for her daughter.

All he needs is to find her. First, he must remember who she is.

It’s New Year’s Eve in Bombay, 1913, and Madeline Bright, new to the sweltering heat of colonial India, is yearning for all she has left behind in England. Then, at the stroke of midnight, Maddy meets Luke Devereaux, and as the year changes so do both their lives.

Bold and charismatic, Luke opens her eyes to the wonders of Bombay, while Maddy’s beauty and vivacity captures his heart. Only her mother disapproves, preferring the devoted Guy Bowen as a match for her daughter.

But while Maddy and Luke are falling in love, the world is falling apart. World War I is on the horizon, and Luke will be given no choice but to fight. They will be continents apart, separated by danger and devastating loss, but bound by Luke’s promise that they will meet again in Bombay. 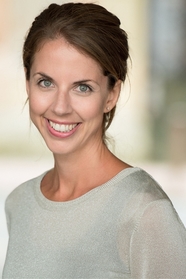 Jenny Ashcroft is a British author of historical fiction books including Beneath a Burning Sky and Island in the East. Having spent many years living, working and exploring in Australia and Asia, she is now based in Brighton where she lives with her family by the sea. She has a degree from Oxford University in history, and has always been fascinated by the past—in particular the way that extraordinary events can transform the lives of normal people.

“I loved everything about Meet Me in Bombay…a stunning story that echoes long after you turn the final page.” —Beatriz Williams, New York Times bestselling author of The Golden Hour

“One of those rare and wonderful books that truly draws you into another place and time, word perfect, pitch perfect, detail perfect.” —Lauren Willig, New York Times Bestselling Author

“Meet Me in Bombay is the kind of book that will give readers a book hangover long after they’ve turned the last page, leaving them aching for more.” – Karen White, New York Times Bestselling Author

“From the first intriguing chapter I was hooked…Moving and beautifully written, this enchanting story of love and loss touched my heart.” —Dinah Jefferies, author of The Tea Planter’s Wife

“A beautiful love story that will transport you to the heat and claustrophobia of pre-World War I Bombay so vividly, you’ll smell the tropics and feel the sweat on your back. Intensely moving. Glorious and heart wrenching. This is a powerful, poignant and deeply emotional tale of love, mystery, loss and joy. Irresistible.” – Kate Furnivall, New York Times bestselling author of The Russian Concubine

It always seemed so strange to Maddy how, within the space of moments, life could go from being one thing to another thing entirely—with no hint, no warning sense of the change afoot. After that New Year’s Eve of 1913 especially, she’d often pause, bewildered by how oblivious she’d been in those hours leading up to midnight, caught up in the furor of the Royal Yacht Club’s party, never once suspecting what was just round the corner. But that night, as the clock edged toward 1914 and the ragtime band struck up a fresh set, filling the club’s hot, candlelit ballroom with Scott Joplin, and the vibrating dance floor with couples—a throng of sequined gowns and evening suits, racing across the boards in another sweaty quickstep—she thought of nothing but the heat, the music.

She had absolutely no idea of everything that was about to come her way.

She kept to the edge of the floor. Having danced the last five, she was happy to spectate for now, catch her breath and feel the cool relief of her iced gin and tonic pressed to her cheek. Rolling the glass on her baking skin, she let her eyes move over the opulence surrounding her. It was a lavish party, even by Bombay’s standards, and she, fresh from the soft, cozy world of her aunt and uncle’s in Oxfordshire, had to keep reminding herself that she wasn’t trespassing on a theater set, but actually now belonged in this steamy, foreign land. White-clothed tables fringed the dance floor, groaning beneath platters of curry puffs, naan, and tropical fruits. At the long wooden bar, tureens of punch jostled for space with buckets of champagne. Colored lanterns burned everywhere—on the tables, the walls—casting the paneled room in tinted light; their waxy scent mixed with perfume and hair pomade, the muggy heat that wafted in through the ajar veranda doors. There was no Christmas tree—apparently none could be got in India—but instead an arrangement of mango and banana tree branches had been decorated with baubles and balanced precariously by the ballroom’s grand entrance. It was rather an odd-looking construction, certainly like no fir Maddy had ever seen, and somehow succeeded in making it feel less rather than more like Christmas—much like the humidity-dampened paper hats Maddy’s father, Richard, had insisted they all wear on Christmas Day. It had felt so incongruous to be eating a turkey lunch out on the villa’s sunbaked veranda, peacocks sauntering by.

Richard was wearing another hat now. It was impossible not to laugh at the sight of him across the room—the head of the Bombay civil service, every inch the distinguished colonial servant in his pristine white tie—with a purple polka dot crown tipping jauntily on his graying hair. He was trying to coax Maddy’s mother, Alice, into a dance. Alice—who, unlike every other person in the room, still looked as cool as a Pimm’s cucumber, fair curls in place, not even a hint of sheen to her porcelain skin—held her gloved hands up, refusing. Maddy wondered if there was even the tiniest part of her that was tempted to do the opposite, say, “Yes. Yes, please. What the devil?” Maddy wished she would. It would be rather nice to see her let loose for once, take Richard’s arm and career into the fray with the same happy abandon as everyone else.

But Richard was already turning away, creases of resignation on his weathered face. Maddy felt a stab of pity for him, then again as he pushed his chin up and set off toward the bar. Why couldn’t Alice have just danced with him? Maddy, pulling at the damp neckline of her dress, didn’t even attempt to answer her own question. For all she’d been in India two months now, back living with her parents after more than a decade in England (she’d gone home for school, like almost all children of the Raj, but also to escape the tropical fevers she’d been so prone to as a child. “We couldn’t keep you well,” her father had told her sadly, many times. “It was terrifying…”), she often felt she understood her crisp, contained mother no better than she had that sweltering October day she’d docked in Bombay and met her again.

“Don’t look so serious,” came a voice from Maddy’s left, making her start, “not on New Year’s.”

Maddy turned, met the mock-scolding glare of her friend Della Wilson. The two of them had been on the voyage over from Tilbury together, in the same row of cabins as all the other single women on their way to families in India—in Della’s case, to stay with her older brother, Peter. They’d bonded over the ship’s irresistible high teas, their discomfort at the rest of the passengers’ assumption that they were all part of the “fishing fleet,” India-bound to find husbands. Which of course is exactly what my mother is hoping I’ll do, Della had said through a mouthful of chocolate éclair. It’s why she let me come. Not that I’m averse. She’d swallowed. I’d just much rather go tiger hunting instead.

“Where did you spring from?” Maddy asked her now. “I haven’t seen you all night.”

“I’ve only just got here,” Della said. “You can blame Peter for that, if he ever decides to come.”

“Heaven knows. He was meeting some friend earlier at the Taj Hotel, but was meant to be coming back to the house to fetch me. I imagine they both got lost by way of the Taj bar.” She fanned her flushed face. “I was worried I was going to miss midnight, so I hailed a rickshaw in the end. Don’t tell Peter. He keeps telling me off for getting them alone.”

Maddy, who’d oft heard Peter bemoan how much simpler his life had been before his irrepressible sister had descended on it, laughed and said, “Poor Peter.”

“Poor Peter nothing,” said Della. “God,” she blew air from her bottom lip, “it’s oven-like in here. Come outside? We can squeeze a quick smoke in before he gets here and tells me off for that, too.”

Maddy, deciding she could do with one—and without another raised eyebrow from her mother—nodded.

“So who’ve you been dancing with?” Della asked as, together, they picked their way through the heaving room.

“The usual suspects,” said Maddy, naming a couple of army captains, a perpetually sunburned naval officer, and a handful of civil servants who, like Peter, worked for her father in the Bombay offices.

“Not Guy Bowen?” said Della, in an overly innocent voice and with a nod to where he was standing, deep in conversation with some of the other surgeons from the military hospital.

Maddy rolled her eyes. “Would you stop it?” she said. “He’s my parents’ friend.”

“Your friend, too. He calls on you often enough.”

Maddy pushed the veranda door wide. “He could be my father.”

“Not really,” said Della. “He can’t be much over forty. You’re almost twenty-three.”

“I’m fairly sure,” said Maddy, “that he used to bounce me on his knee when I was a little girl.”

“Did he just?” said Della, in a way that made them both burst out laughing.

They carried on into the close, balmy night. As they went, out onto the seaside terrace, the band played on, and the clock in the pulsing ballroom behind them struck eleven: the very last hour of 1913.