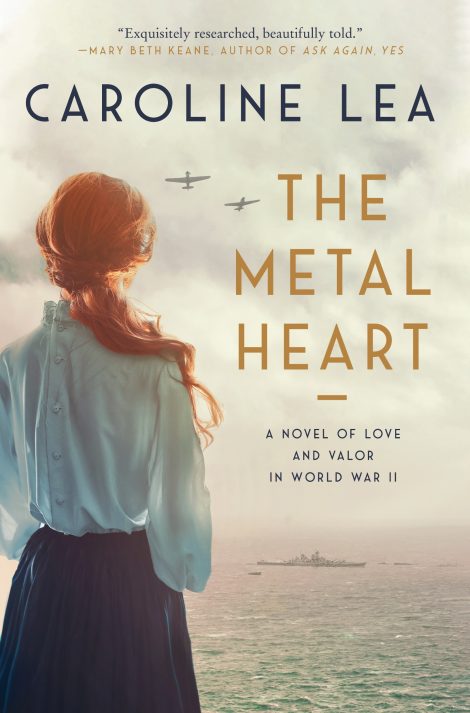 A Novel of Love and Valor in World War II

In the dark days of World War II, an unlikely romance blossoms between a Scottish woman and an Italian prisoner of war in this haunting novel with the emotional complexity of The Boat Runner and All the Light We Cannot See—a powerful and atmospheric story of love, jealousy, and conscience that illuminates the beauty of the human spirit from the author of The Glass Woman.

In the wake of the Allies’ victory in North Africa, 1,000 Italian soldiers have been sent to a remote island off the Scottish coast to wait out the war.

In the dark days of World War II, an unlikely romance blossoms between a Scottish woman and an Italian prisoner of war in this haunting novel with the emotional complexity of The Boat Runner and All the Light We Cannot See—a powerful and atmospheric story of love, jealousy, and conscience that illuminates the beauty of the human spirit from the author of The Glass Woman.

In the wake of the Allies’ victory in North Africa, 1,000 Italian soldiers have been sent to a remote island off the Scottish coast to wait out the war. Their arrival has divided the island’s community. Nerves frayed from three years of war and the constant threat of invasion, many locals fear the enemy prisoners and do not want them there.

Where their neighbors see bloodthirsty enemies, however, orphaned sisters Dorothy and Constance see sick and wounded men unused to the freezing cold of an Orkney winter, and volunteer to nurse them. While doing so Dorothy finds herself immediately drawn to Cesare, a young man broken by the horrors of battle.

But as the war drags on, tensions between the islanders and the outsiders deepen, and Dorothy’s connection to Cesare threatens the bond she shares with Constance. Since the loss of their parents, the sisters have relied on each other. Now, their loyalty will be tested, each forced to weigh duty against desire . . . until, one fateful evening, a choice must be made, one that that will have devastating consequences. 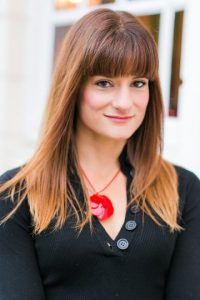 Caroline Lea was born and raised in Jersey in the United Kingdom. The Glass Woman is her second novel. She lives in Warwick, England.

“The story of true innocents caught up in the machinery of war. Exquisitely researched, beautifully told, this tiny corner of Scotland came alive for me in all of my senses and I found myself rooting for the central characters with all my heart.” -Mary Beth Keane, author of Ask Again, Yes

“A powerful Second World War love story. As tensions grow between the Italian PoWs and the Orkney men, the scene is set for a dramatic reckoning. Lea writes beautifully of island life and love, and the sacrifices that both demand.” –Times, London

“Transported me to Orkney during the Second World War. Lyrical writing, a compelling plot and a very strong sense of place—I loved it” -Harriet Tyce, author of The Lies You Told and Blood Orange

“Atmospheric, heart-wrenching, evocative—this is a gorgeously written story about the scars we carry with us, and how they can be overcome.” -Gytha Lodge, author of Watching from the Dark and She Lies in Wait

“Lea brings to life a story inspired by real lives and events of WWII in this captivating, harrowing tale of wartime survival and sacrifice.” -Booklist

Midnight. The sky is clear, star-stamped and silvered by the waxing gibbous moon. No planes have flown over the islands tonight; no bombs have fallen for over a year. The snub noses of anti-aircraft guns gleam, pointing skywards. The cliffs loom like paper cutouts, hulking shadows above the natural harbour of the bay. Everything is flattened by the darkness, as if the sea around Orkney is a stage set, waiting for an entrance.

The German U-boat glides between the rocks that lead to Scapa Flow. It is alone, on a mission that cannot be accomplished.

People have told Commander Pasch that he is mad, that he is risking his crew, his vessel, his own life. His men snap commands to each other in broken sentences. They touch the pictures of wives, children, lovers.

One of the men whispers, ‘Vater unser in Himmel . . .’ Our Father in Heaven.

Around the boat, the water shifts and sighs: so close to winter, the sea temperature would shock the air from the men’s lungs. Inside is safety. This boat has carried them through enemy waters, past icebergs and monsters of the deep. Their living home, snug, bullet-shaped, fuggy with their breath, thick with their laughter.

The submarine slides past the clean-picked bones of ships long-sunk. A maze of broken-ribbed vessels, stretching steel to snag them. Beyond, the navigator can make out a dark mass of ancient rock. Beneath the waves, one land looks much like any other; friend and enemy soil are the same in the darkness. But the man has studied this land, this route, these remote islands.

And above their heads, floating like ghosts in the moonlight, are the massed ships of the British Royal Navy. They will be full of men at ease: sleeping, dreaming of home. Their portholes will be open. No one will expect an attack.

But it is best not to think of the men. Best to focus on the instruments, on loading the torpedoes, on setting the sights on the largest boat at dock. HMS Royal Elm. It hangs, suspended in the water above them, bobbing like a bloated corpse.