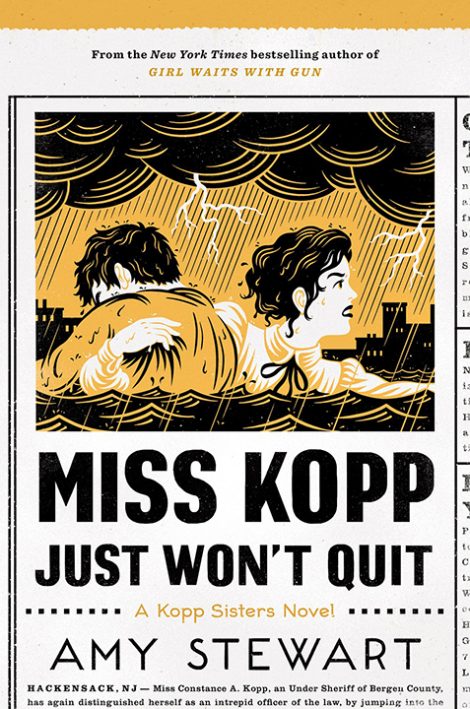 After a year on the job, New Jersey’s first female deputy sheriff has collared criminals, demanded justice for wronged women, and gained notoriety nationwide for her exploits. But on one stormy night, everything falls apart.

While transporting a woman to an insane asylum, Deputy Kopp discovers something deeply troubling about her story. Before she can investigate, another inmate bound for the asylum breaks free and tries to escape.

After a year on the job, New Jersey’s first female deputy sheriff has collared criminals, demanded justice for wronged women, and gained notoriety nationwide for her exploits. But on one stormy night, everything falls apart.

While transporting a woman to an insane asylum, Deputy Kopp discovers something deeply troubling about her story. Before she can investigate, another inmate bound for the asylum breaks free and tries to escape.

In both cases, Constance runs instinctively toward justice. But the fall of 1916 is a high-stakes election year, and any move she makes could jeopardize Sheriff Heath’s future—and her own. Although Constance is not on the ballot, her controversial career makes her the target of political attacks.

With wit and verve, book-club favorite Amy Stewart brilliantly conjures the life and times of the real Constance Kopp to give us this “unforgettable, not-to-be messed-with heroine” (Marie Claire) under fire in Miss Kopp Just Won’t Quit.

Want to start from the beginning? Girl Waits with Gun (book one), Lady Cop Makes Trouble (book two), and Miss Kopp’s Midnight Confessions (book three) are all available in paperback wherever books are sold. 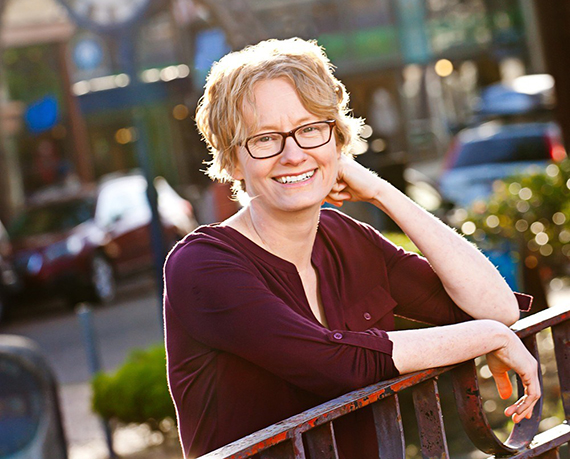 Amy Stewart is the award-winning author of nine books, including her acclaimed fiction debut Girl Waits with Gun and the bestsellers The Drunken Botanist and Wicked Plants. She and her husband own a bookstore called Eureka Books.

“Suspenseful … boasts a deeper emphasis on character, politics, and social issues. A must for Constance’s growing fan base.”—Booklist (starred review)

“A welcome addition to this sui generis series, always fresh thanks to its vividly imagined characters firmly grounded in historical fact.”—Kirkus (starred review)

1. On page one, Constance Kopp says, “My duties are hardly ever so straightforward, and my victories rarely so decisive.” How does this sum up not only Constance’s position as deputy and jail matron, but her role as a female during this time period as well?

2. There are a variety of women’s roles represented in the book and in the jail (mothers, wives, daughters, lawyers, gentlewoman who do not work, factory workers, actresses, seamstresses, etc.), but despite their wealth or standing, they are all treated inferior to men. Are you surprised that all women, no matter their status, are treated this way? Which characters challenge these conventions the most?

3. Most men in the book are opposed to helping Constance or skeptical of her work. Besides Sheriff Heath, why do you think Mr. Ward and Mr. McGinnis treat Constance and Geraldine with more civility?

4. Geraldine is similar to Constance in that she holds an employment position unusual for a woman of her time. They are both aware of their unique positions, but how is Geraldine’s personality different from Constance’s? How does she handle conflict differently? Do you think this is partly due to where she lives?

5. How does the relationship between Sheriff Heath and Constance evolve throughout this book, and how does it differ from the previous books?

6. This book is set during an election year, and also when the possibility of war seems close at hand. How do these two situations make life in the book feel less stable? How does Constance see the trickle-down effect of national events on her duties? How do Constance and Sheriff Heath handle the election and the results differently?

7. “It all happened a long time ago, and had become such a settled point in our family’s history that it caused nothing in the way of hand-wringing anymore” (144). How has Constance’s treatment of Fleurette changed throughout the books? Do you really think this history is settled?

8. During this book and time period, we see a lot of examples of what men are allowed to do that women are not. But what can women do that men cannot? Are men aware of these strengths and differences? What can Constance do that a male in her position would not have accomplished as well or even at all?

9. “Providencia had been quick to take responsibility for shooting her tenant, but didn’t want it known that she’d been aiming for her husband, who would undoubtedly seek revenge. If I was gone, there would be no one to protect Providencia if she were released early, or if her husband were to try to come and visit her” (276). Why do you think Constance and Sheriff Heath decided to protect Providencia by excluding this information? What does her crime show about the powerlessness of women, especially married women, at this time?

10. Constance admires other female characters (Norma, Fleurette, Cordelia, Anna, Bessie, Miss Miner and most of the female prisoners) for different reasons, and yet she rarely admires her own strengths. What does this show about her personality?

11. On page 299 Anna says, “You can’t know what it’s like to have your liberty taken away, and then to have it restored.” How do Anna and Constance define “liberty” differently? How do their experiences and age influence their perspective? How does Anna give Constance her freedom, and how does it differ from the freedom Constance gave her?

12. One of Constance’s favorite parts of her job is probation checks. Why are these checks so satisfying to her? What does she think of Norma doing the check at the end of the book?

13. On page 293, Constance reflects, “Norma had never been deterred from an idea. Once she settled on a course for herself, she simply marched along in that direction, head down, shoulder to the wheel. She was utterly convinced that she was right, and once she had taken up a position, it never occurred to her to entertain any sort of doubt. She was a plodder. She moved on. There was something admirable in it, but then again, she’d had no success of any kind, and rarely ventured out past our barn herself.” Why does Constance adopt such a hopeless view about Norma’s invention? Even though Constance is a strong character, how is Norma’s strength different?

14. On page 121 Carolyn says, “I can just picture you out giving lectures. You should go around to other cities and tell them how you’ve done it here in Bergen County. I’m sure that every policewoman who comes into the job must feel as though she has to invent it for herself.” Fleurette then reads an article to Constance on page 296 about a female officer doing just that. For someone as strong-willed as Constance, why hasn’t she organized something like this or reached out to other female officers?

15. The conclusion of book 4 is more of a beginning than the endings in the other books. How is that especially fitting for this book? How is the foreshadowing of what is to come connected to the political uncertainty during this time as well?

16. This fourth book is written in Constance’s point of view. How does that change how you read the book compared to the point of view in book 3? Which do you prefer?

17. Book 1 is titled Girl Waits With Gun. Book 2 is Lady Cop Makes Trouble. Book 3 is Miss Kopp’s Midnight Confessions. Book 4 is Miss Kopp Just Won’t Quit, which we find out is part of the Evening Telegram’s headline in November of 1916: “Miss Kopp, Ousted by New Sheriff, Just Won’t Quit.” How do you see the titles reflecting the evolution of Constance Kopp’s character?

18. At the end of the book, there is a section titled, “Historical Notes and Sources.” What did you find most interesting from this section?

Read our interview with Amy Stewart on the Reading Group Choices blog!