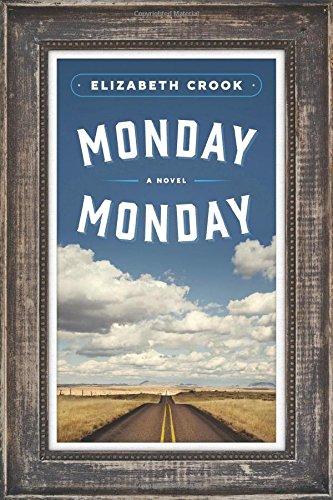 In this emotionally charged novel, acclaimed by Bookreporter as “brilliant, beautiful and vividly told,” a tragedy in Texas changes the course of three lives.

On an oppressively hot Monday in August of 1966, a student and former marine named Charles Whitman hauled a footlocker of guns to the top of the University of Texas tower and began firing on pedestrians below. Before it was over, sixteen people had been killed and thirty-two wounded. It was the first mass shooting of civilians on a campus in American history.

In this emotionally charged novel, acclaimed by Bookreporter as “brilliant, beautiful and vividly told,” a tragedy in Texas changes the course of three lives.

On an oppressively hot Monday in August of 1966, a student and former marine named Charles Whitman hauled a footlocker of guns to the top of the University of Texas tower and began firing on pedestrians below. Before it was over, sixteen people had been killed and thirty-two wounded. It was the first mass shooting of civilians on a campus in American history.

Monday, Monday follows three students caught up in the massacre: Shelly, who leaves her math class and walks directly into the path of the bullets, and two cousins, Wyatt and Jack, who heroically rush from their classrooms to help the victims. On this searing day, a relationship begins that will eventually entangle these three young people in a forbidden love affair, an illicit pregnancy, and a vow of secrecy that will span forty years. Reunited decades after the tragedy, they will be forced to confront the event that changed their lives and that has silently and persistently ruled the lives of their children.

With electrifying storytelling and the powerful sense of destiny found in Ann Patchett’s Bel Canto, and with the epic sweep of Jess Walter’s Beautiful Ruins, Elizabeth Crook’s Monday, Monday explores the ways in which we sustain ourselves and one another when the unthinkable happens. At its core, it is the story of a woman determined to make peace with herself, with the people she loves, and with a history that will not let her go. A humane treatment of a national tragedy, it marks a generous and thrilling new direction for a gifted American writer.

Elizabeth Crook is the author of three previous novels. Her most recent, The Night Journal, won a Spur Award from Western Writers of America and a WILLA Literary Award from Women Writing the West. She has written for magazines and periodicals, including Texas Monthly and the Southwestern Historical Quarterly. She lives in Austin with her family. Monday, Monday is this year's selection for the prestigious Mayor's Book Club of Austin.

“Framing a story in the context of calamity—in this instance, mass murder—invites both sensationalism and sentimentality; there have been few memorable successes, Jonathan Safran Foer’s Extremely Loud and Incredibly Close and Wally Lamb’s The Hour I First Believed among them. Add Crook’s latest to the plus side of the list . . . confident and lyrical as it smartly engages terror and its aftermath.” —Kirkus (starred review)

“Beautifully written . . . The book is a complex tale about overcoming fear and the risks and power of love . . . And it is the story of the compromises we all make to get by in this imperfect world. Part of what makes this book so compelling is the open and tender way each character is honestly but lovingly portrayed . . . A wonderful book that will make you cry, but also uplift you.”

“Love, loss, redemption, forgiveness—all are expertly drawn in a narrative that is so very authentic and generous. Crook skillfully weaves together several compelling stories through her close attention to the Texas setting. VERDICT: The sensitively explored themes of adoption and coping with violence should create interest in this rich and satisfying tale.” —Library Journal

“Authentic . . . Harrowing . . . Makes us believe the characters were there. . . Crook’s exploration of Whitman’s massacre and its lingering effects will have relevance for years to come.” —Dallas Morning News

Before reading the book did you know about the incident of the University of Texas sniper in 1966? Do you know anyone who was personally touched by the tragedy?

When you see mass shootings on the news today, do you consider how you would react if you were there? Do you believe you would put yourself in harm’s way to aid others, as Jack and Wyatt did?

Why do you think there was such a long time span between the UT tower shootings in 1966 and the tragedy at Columbine in 1999, and then, after Columbine, such a rapid escalation in school shootings?

Shelly and Wyatt both suffer guilt about their love affair. Do you feel that the powerful and unique circumstance in which they first met excuses the affair, or merely explains it?

Which characters, if any, might have been happier at the end of the book if Wyatt had initially divorced Elaine, married Shelly, and together they had raised Carlotta?

Was Shelly wrong to want to keep Carlotta in her life? Was it a selfish request she made of Jack and Delia during the encounter at Aquarena Springs, given that she could not see how it would turn out? Was it selfish, or generous, toward Carlotta? Would you have made the same request?

If you were in Carlotta’s place, would you have wanted to search for your biological parents earlier in your life than she chose to? Or perhaps not at all?

Of all the scenes in the book, which one, for you, was the most emotional?

Extraordinary events in the course of the story cause the characters to evolve dramatically. With which character, by the end, did you most identify?

What do you think is the overall theme of the book? What is the commentary on life?

Does the final scene, in which Shelly goes up into the tower and looks down at Austin and thinks back on her life and the ways it was changed by what happened from the tower, seem to you sad, or uplifting?