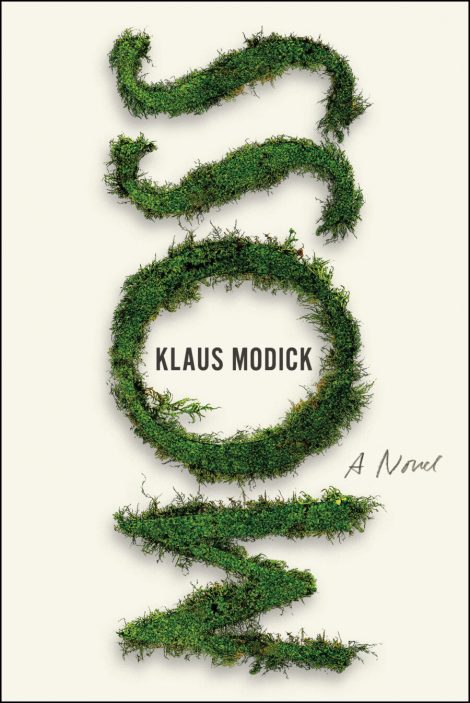 An aging botanist withdraws to the seclusion of his family’s vacation home in the German countryside. In his final days, he realizes that his life’s work of scientific classification has led him astray from the hidden secrets of the natural world. As his body slows and his mind expands, he recalls his family’s escape from budding fascism in Germany, his father’s need to prune and control, and his tender moments with first loves. But as his disintegration into moss begins, his fascination with botany culminates in a profound understanding of life’s meaning and his own mortality.

An aging botanist withdraws to the seclusion of his family’s vacation home in the German countryside. In his final days, he realizes that his life’s work of scientific classification has led him astray from the hidden secrets of the natural world. As his body slows and his mind expands, he recalls his family’s escape from budding fascism in Germany, his father’s need to prune and control, and his tender moments with first loves. But as his disintegration into moss begins, his fascination with botany culminates in a profound understanding of life’s meaning and his own mortality.

Visionary and poetic, Moss explores our fundamental human desires for both transcendence and connection and serves as a testament to our tenuous and intimate relationship with nature. 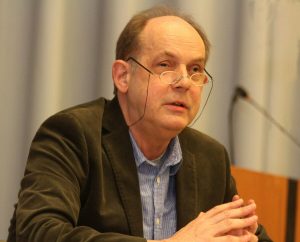 Klaus Modick is an award-winning author and translator who has published over a dozen novels as well as short stories, essays, and poetry. His translations into German include work by William Goldman, William Gaddis, and Victor LaValle, and he has taught at Dartmouth College, Middlebury College, and several other universities in the United States, Japan, and Germany. Moss, Modick’s debut novel, is his first book to be published in English. He lives in Oldenburg, Germany.

David Herman is the recipient of the Ezra Pound Award for Literary Translation from the University of Pennsylvania. He lives in St. Petersburg, Florida.

“A masterful examination of internal conflict, gratifying for readers inspired by ecofiction and literary theory. . . . Inner explorations transform into a Weltanschauung of epiphany and new understanding of love, death, and the natural world.” —Booklist

“[Moss] taps into a host of humanitarian and ecological concerns, even as it reminds the reader of the complex web of connections humans dwell within.” —Words Without Borders

“[Klaus Modick] is a skilled prose stylist, and in the capable hands of [translator David] Herman he conjures a graceful, thought-provoking portrait of memory and mortality.” —Publishers Weekly

“The protagonist of Modick’s quietly stunning novel is a renowned botanist who only in the last nine months of his long life truly understands the lessons of his obsession with moss. Secluded in his childhood home, he prepares for his ultimate field study by recalling key moments of his career and marveling at the habits of myriad varieties of moss—all the while feeling himself grow colder and ‘softer,’ as if turning to moss himself. Nudged by his reflections, as well as by direct communication from the vegetation, the professor rejects the ‘fixed concepts’ of science he’d previously championed as the only path to the truth in favor of a child-like intuition that, flying in the face of objectivity and analysis, allows him to experience—not just study—nature’s great beauty and mystery. Presented as an addendum to the professor’s magnum opus, this diary-like narrative operates with the slow power and lyricism of true discovery.” —Laurie Greer, Politics and Prose Bookstore (Washington, DC)

1. The opening introduction to the novel reveals the ending of the story, the death of renowned botanist Lukas Ohlburg and the existence of his unusual final manuscript. How did knowing where the story was leading affect your reading experience?

2. Ohlburg’s memories of Germany’s fascist past haunt his recollections, though World War II is never mentioned explicitly. How did his university studies during the rise of fascism and his family’s perilous emigration to England to escape the Nazis affect his relationship with the natural world? Why does the author use such a light touch in exploring his country’s violent past?

3. Nearly all of the novel takes place among the flora and fauna of a particular area of German countryside. Did you enjoy exploring this small corner of the world? What lessons from Ohlburg’s environment transcend the setting to become universal?

4. Nearly as much of the novel takes place in the narrator’s memories as in the present day. What ties these scenes in the past and present together?

5. Ohlburg’s brother speculates that Lukas did not write his final manuscript “in full possession of his mental faculties.” Do you believe Ohlburg’s state of mind toward the end of his life led him closer to or further from the truth?

6. Were you convinced by Ohlburg’s critique of botanical terminology? What should be the role of nomenclature in nature? When is it valuable for furthering scientific understanding, and when does it disguise certain ineffable truths?

7. Ohlburg declares that “analytic and dialectical thinking has probably never led to understanding, to real knowledge, to truth in a comprehensive, almost metaphysical sense.” How does he go about seeking truth, then? Does he find it?

8. Toward the end of the novel, Ohlburg recounts his professor’s reflections on mortality in his speech, “Death is a part of love.” How does this condense several themes in the novel? Did the professor’s view of death make you reconsider humanity’s legacy or think differently about love and family?

9. Political movements are mentioned several times in the novel. How does the novel characterize these movements through their relationships to the natural world? With the climate crisis upon us, are we reaching the point where “[people finally grasp] that not politics but, rather, nature constitutes the true concern of humankind?”

10. When Moss was originally published in Germany— in the years between the partial meltdown of one of the reactors at Three Mile Island and the catastrophic accident at Chernobyl—it coincided with the emergence of the Green Party and was one of the foundational novels in the emerging ecolit genre. Which other novels would you classify as ecofiction? Does the perspective presented in Moss differ from them?

11. Ultimately this is a novel that reimagines how science might be reconnected with lived experience, names with places, adulthood with childhood, and humanity with nature. Did reading it change the way you see moss or view our connection to other elements of the natural world?