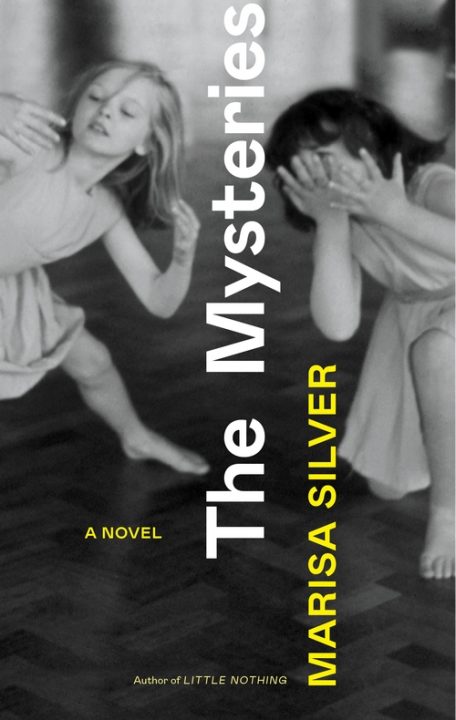 From the New York Times bestselling author of Mary Coin, a masterful, intimate story of two young girls, joined in an unlikely friendship, whose lives are shattered in a single, unthinkable moment.

Miggy Brenneman is a wild and reckless seven-year-old with a fierce imagination, hellbent on pushing against the limits of childhood. Ellen is polite, cautious, and drawn to her friend’s bright flame. While the adults around them adjust to unstable times and fractured relationships, the girls respond with increasingly dangerous play. When tragedy strikes, all the novel’s characters grapple with questions of fate and individual responsibility,

From the New York Times bestselling author of Mary Coin, a masterful, intimate story of two young girls, joined in an unlikely friendship, whose lives are shattered in a single, unthinkable moment.

Miggy Brenneman is a wild and reckless seven-year-old with a fierce imagination, hellbent on pushing against the limits of childhood. Ellen is polite, cautious, and drawn to her friend’s bright flame. While the adults around them adjust to unstable times and fractured relationships, the girls respond with increasingly dangerous play. When tragedy strikes, all the novel’s characters grapple with questions of fate and individual responsibility, none more so than Miggy, who must make sense of a swiftly disappearing past and a radically transformed future.

Written with searing clarity and surpassing tenderness, The Mysteries limns the painful ambiguities of adulthood and the intense perceptions of an indelibly drawn child to offer a profound exploration of how all of us, at every stage, must reckon with life’s abundant and unsolvable mysteries.

Marisa Silver is the author of six previous works of fiction, including the novels Mary Coin, a New York Times Bestseller, and Little Nothing, a New York Times Editor’s Choice. Her short fiction has appeared in The New Yorker and been included in The Best American Short Stories and The O. Henry Prize Stories. Silver has received fellowships from the Guggenheim Foundation and the New York Public Library’s Cullman Center. She teaches at the MFA Program for Writers at Warren Wilson College and lives in Los Angeles.

“Marisa Silver uses language as she would a sharp needle: to stitch, and to puncture, in her examination of people.” —Rachel Kushner, New York Times bestselling author of The Mars Room

“The central question of this richly layered novel asks how well we can truly know another person. The characters here came to life for me and I felt in my bones their loneliness, their sorrow, along with their moments of generosity, their joy. I will think about them and root for them for a long time.” –  Mary Beth Keane, New York Times bestselling author of Ask Again, Yes

“This exquisite gem of a novel digs deep into the longings of the human heart. Funny, compassionate, sorrowful, and tender, The Mysteries is an insightful and emotionally astute exploration of how love can both heal and fail us. I couldn’t put it down, and I will be thinking about these characters for a very long time.” –  Cynthia D’Aprix Sweeney, New York Times bestselling author of The Nest

“Marisa Silver’s vividly alive and wondrously precise The Mysteries stirringly explores marriage, friendship, betrayal and a shattering moment of loss that offers grace and salvation. At its pulsing heart center is the delightful and ungovernable Miggie. A heroine and novel I won’t soon forget.” –  Maria Semple, New York Times bestselling author of Where’d You Go Bernadette

“Family and friendship are the central mysteries of Silver’s latest novel, which is set against the tumult of the early 1970s and features a fraught bond between young girls.” –  The New York Times Book Review

1. The novel is told in multiple points of view and follows members of both families. What effect does this have on the reader? What does the reader gain by being inside all of the characters’ perspectives, rather than focusing only on one protagonist?

2. Consider the novel’s epigraph: “Never childhood to a child,” from Marianne Boruch’s “Knowledge.” How does this statement apply to Miggy’s experiences and self–conception?

3. How does Silver change her style and voice when depicting a child’s interiority? Did you find her portrayals of children to be realistic and successful? Why do you think Silver chose to enter the childrens’ points of view as well as the adults’?

4. Describe the changes that occur in Miggy’s character. How does her short relationship with Ellen, and Ellen’s ensuing absence, affect her formation of an identity? To what extent are her maturation and loss of innocence universal experiences, and in what ways are they brought about by her specific circumstances?

5. Though Ellen and Miggy are only seven their relationship contains many complexities and fraught moments, like when Miggy ties Ellen with a jump rope, pretending to be a punishing soldier, or when Miggy barges/goes into Celeste’s room despite Ellen’s dismay. How do their games and their relationship reflect the conflicts within their families?

6. Discuss the buildup to the novel’s climax. Before Ellen dies, she attends a family vacation where she toys with a new boldness and begins to find a sense of identity and belonging away from Miggy. After the duo’s final, turbulent play date, Miggy declares “I hate her” and Julian loses his temper, looking like “a monster is trying to burst through his face.” Structurally and stylistically, how does Silver lead up to the emotional and narrative apex of the novel? Was it immediately clear that Ellen had died, and were you surprised? What was your reaction?

7. Silver explores the history, geography, and gentrification of St. Louis, particularly in relation to Julian’s hardware store and its neighbors. Discuss the prominence of the setting within the narrative. How does the city impact the character’s conceptions of their own identities?

8. Furthermore, why is The Mysteries set in the 1970s? What might change if the novel were set in the present, and what fundamental truths would remain? How does hindsight impact the reader’s experience?

9. Jean feels conflicted about both the nascent feminism of the 1970s and her gendered domestic duties, while Celeste mostly ignores those duties in the haze of postpartum depression. Julian and William both carry the financial burden for their families in careers that respond to their respective fathers’ legacies. How do traditional notions of gender play out in the lives of each of these couples? How is Celeste, in her depression and her grief, affected by expectations of femininity? How is Jean?

10. After Ellen dies, Celeste searches for tenuous connections to her daughter, tracking down Ellen’s birth father: she “wants Ellen to be tethered to both sides of her history so that she doesn’t float away.” To what degree does Ellen stay tethered to the world after she dies? What does Silver suggest about the nature of grief? Compare Miggy’s grieving process and her understanding of death to those of the adults in her life.

11. Jean, Julian, Celeste, and William all love their children, but can be fallible, absent,angry, or uncertain as parents. Each struggles to reconcile individuality, the stressors of adulthood, and the role they should play in their children’s lives. What do Ellen and Miggy glean from their parent’s respective styles? Consider parenting moments in the novel whose repercussions are neither entirely positive nor entirely negative.

12. What does Miggy’s monster represent? How is it conflated with Ellen and Ellen’s death?What transpires in the novel’s final pages, when Miggy encounters both Ellen and the monster for the last time?13. What are the mysteries in the novel? How do they differ for each character?