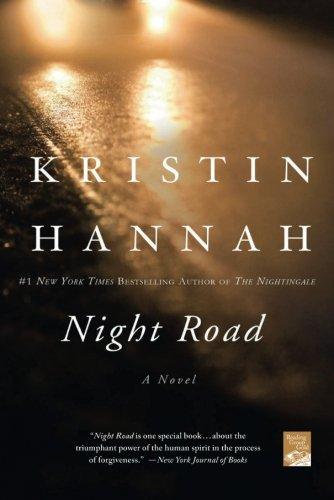 For eighteen years, Jude Farraday has put her children’s needs above her own, and it shows—her twins, Mia and Zach—are bright and happy teenagers. When Lexi Baill moves into their small, close knit community, no one is more welcoming than Jude. Lexi, a former foster child with a dark past, quickly becomes Mia’s best friend. Then Zach falls in love with Lexi and the three become inseparable.

Jude does everything to keep her kids on track for college and out of harm’s way. It has always been easy– until senior year of high school. Suddenly she is at a loss.

For eighteen years, Jude Farraday has put her children’s needs above her own, and it shows—her twins, Mia and Zach—are bright and happy teenagers. When Lexi Baill moves into their small, close knit community, no one is more welcoming than Jude. Lexi, a former foster child with a dark past, quickly becomes Mia’s best friend. Then Zach falls in love with Lexi and the three become inseparable.

Jude does everything to keep her kids on track for college and out of harm’s way. It has always been easy– until senior year of high school. Suddenly she is at a loss. Nothing feels safe anymore; every time her kids leave the house, she worries about them.

On a hot summer’s night her worst fears come true. One decision will change the course of their lives. In the blink of an eye, the Farraday family will be torn apart and Lexi will lose everything. In the years that follow, each must face the consequences of that single night and find a way to forget…or the courage to forgive.

Vivid, universal, and emotionally complex, Night Road raises profound questions about motherhood, identity, love, and forgiveness. It is a luminous, heartbreaking novel that captures both the exquisite pain of loss and the stunning power of hope. This is Kristin Hannah at her very best, telling an unforgettable story about the longing for family, the resilience of the human heart, and the courage it takes to forgive the people we love.

Kristin Hannah is the New York Times bestselling author of novels including Firefly Lane, True Colors and Winter Garden. She was born in Southern California and moved to Western Washington when she was eight. A former lawyer, Hannah started writing when she was pregnant and on bed rest for five months. Writing soon became an obsession, and she has been at it ever since. She is the mother of one son and lives with her husband in the Pacific Northwest and Hawaii.

“Hannah effectively builds tension as the novel moves towards the pivotal tragedy and maintains suspense afterward not only with several surprising twists but, more subtly, with the way she limns the grief and eventual healing of her appealing characters. A breakout for popular novelist Hannah.”—Kristine Huntley, Booklist

Jude Farraday is obviously a tenacious and committed mother. She very clearly tries to do anything and everything she can to keep her children safe. Do you think all of this effort makes her a “good” mother? Or is she overinvestedin her children’s lives? Does this kind of micromanaging keep kids safe, or put them in a position where they don’t trust their own judgment?

One of the powerful themes in this novel is the delicate balance a mother must find between holding on to her children and letting them go. How does Jude succeed in finding this balance? How does she fail?

At one point or another in this book, every character feels extreme growing pains. How do you feel each character “grew up” throughout the story?

On page seventy-one, Jude observes that her husband accused her of being a helicopter parent, all noise and movement, hovering too close to her children, but if that were true, he was a satellite, positioned so far up in the sky he needed a telescope to track the goings-on in his own home. How does this sentence illustrate Jude’s view of motherhood? Is she right? Is Miles unaware of what’s going on in his children’s lives? How does Jude render Miles ineffective and what is the price for that?

Jude seems to make all the rules for her children. Why does she ignore Miles’s suggestions and advice? Why does he let her?

For years, Jude promised her children that they could “tell her anything, that she would pick them up at night with no questions asked.” But when put to the test, she fails. Can you understand why she disciplined her children for drinking? What would you have done?

When the senior-year partying starts, Jude knows that her kids are going to parties where alcohol is served, and she gets proof that they are drinking. How should she have handled this? Should she and Miles have forbidden them from going to parties? Why didn’t they? What were they afraid of?

In knowing about the drinking, were Jude and Miles tacitly allowing it? Is it enough to tell your kids about the dangers of drinking and driving and then trust them to make good decisions?

In many parts of the country, parents choose to have a “take-the-keys” party for their teenage children, with the thought that it will be a safer environment. What do you think of this? Would you do it?

Jude seems to find a kind of solace in her grief. It appears that she would rather stop feeling anything than to experience her own pain. Do you think this is believable? Understandable?

How did Jude’s handling of grief add to the heartache her family suffered? How do her perceptions of fault play into her coldness?

Jude has an extremely strained relationship with her own mother. How does this broken relationship contribute to the story?

Lexi comes from a very different world than the Farradays. How does her past contribute to the unfolding of the events? How is her past responsible for the decision she makes to drive that night?

When Jude discovers the romance between Zach and Lexi, she is immediately worried for Mia. Why? Were her fears justified?

Lexi pays an very high price for her actions that night. Did she do the right thing by admitting guilt? How does her past play into and contribute to the decisions she makes about Grace?

The author seems to be making some strong statements about the judicial system, especially with regard to power and money. Do you agree that Lexi paid a higher price for her guilt because she was powerless and broke?

Jude says at one point that she is seeking “justice” from the court. Is she? Did she find it?

Discuss your thoughts about Grace’s “invisible” friend. Who is she? How did she help Grace deal with her emotions?

In the end of the novel, Jude learns that “in the sea of grief, there were islands of grace, moments in time when one could remember what was left rather than all that had been lost.” What does she mean by this? How does it summarize the lessons she and Lexi learned? How will this new understanding change all their lives? Do you believe it? Do you think a person can ever truly overcome a tragedy of this magnitude, and if so, how?