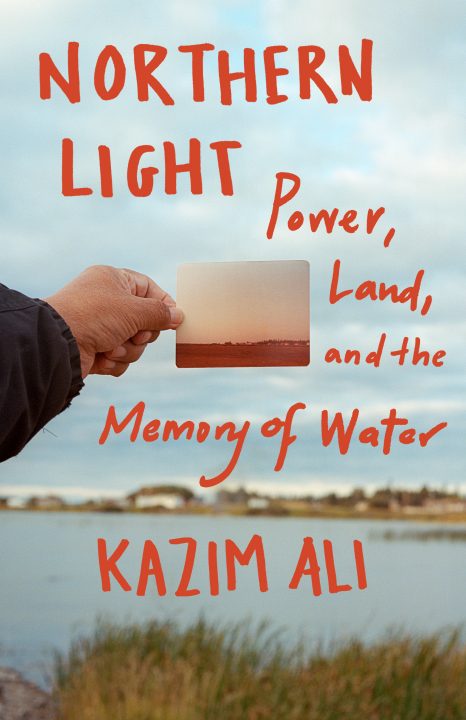 Power, Land and the Memory of Water

The child of South Asian migrants, Kazim Ali was born in London, lived as a child in the cities and small towns of Manitoba, and made a life in the United States. As a man passing through disparate homes, he has never felt he belonged to a place. And yet, one day, the celebrated poet and essayist finds himself thinking of the boreal forests and lush waterways of Jenpeg, a community thrown up around the building of a hydroelectric dam on the Nelson River, where he once lived for several years as a child.

The child of South Asian migrants, Kazim Ali was born in London, lived as a child in the cities and small towns of Manitoba, and made a life in the United States. As a man passing through disparate homes, he has never felt he belonged to a place. And yet, one day, the celebrated poet and essayist finds himself thinking of the boreal forests and lush waterways of Jenpeg, a community thrown up around the building of a hydroelectric dam on the Nelson River, where he once lived for several years as a child. Does the town still exist, he wonders? Is the dam still operational?

When Ali goes searching, however, he finds not news of Jenpeg, but of the local Pimicikamak community. Facing environmental destruction and broken promises from the Canadian government, they have evicted Manitoba’s electric utility from the dam on Cross Lake. In a place where water is an integral part of social and cultural life, the community demands accountability for the harm that the utility has caused.

Troubled, Ali returns north, looking to understand his place in this story and eager to listen. Over the course of a week, he participates in community life, speaks with Elders and community members, and learns about the politics of the dam from Chief Cathy Merrick. He drinks tea with activists, eats corned beef hash with the Chief, and learns about the history of the dam, built on land that was never ceded, and Jenpeg, a town that now exists mostly in his memory. In building relationships with his former neighbors, Ali explores questions of land and power―and in remembering a lost connection to this place, finally finds a home he might belong to. 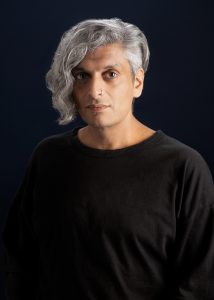 Kazim Ali is the author of Northern Light: Power, Land, and the Memory of Water, as well as several volumes of poetry, novels, essay collections, and cross-genre texts. His collections of poetry include Sky Ward, winner of the Ohioana Book Award in Poetry, and The Far Mosque, winner of Alice James Books’ New England/New York Award. Ali is also an accomplished translator and the editor of several anthologies and books of criticism. He has taught at various colleges and universities, including Oberlin College, Davidson College, St. Mary’s College of California, and Naropa University. He is currently a professor of Literature and Writing at the University of California, San Diego.

“Reading Ali is an act of redemption . . . both a challenge and a balm.” —THE RUMPUS

1. The book opens with Kazim Ali writing, “I’ve always had a hard time answering the question, ‘Where are you from?’” (1) Ask each person that very question: Where are you from? Remember it doesn’t necessarily mean where do you live.

2. John Steinbeck is famously quoted as saying, “You can’t go home again because home has ceased to exist except in the mothballs of memory.” In Northern Light, much of the book concerns Ali’s efforts to return to the town—Jenpeg—he spent a few years living in as a child, which physically no longer exists. Many of us have similar experiences with the places we grew up. Even if we never leave, things change, sometimes so much as to make a place unrecognizable. What has changed where you live, or where you grew up, that is particularly significant?

3. In his search for Jenpeg, Ali discusses a connection to a place the rest of his family hardly even remembers. What is something from your childhood that lives strong in your memory that others who experienced the same time and place don’t even think about?

4. Chief Cathy Merrick of the Indigenous Pimicikamak people serves eviction papers to Manitoba Hydro, who built and own the dam known as the Jenpeg Generating Station. Among the reasons are that the Pimicikamak “homeland has been ruined,” and “the promises of fair treatment have been ignored.” (9) There are hydro power projects all over North America that have had similar impacts. In the United States, Missouri River dams submerged traditional lands and displaced thousands of Indigenous people. The same story exists up and down the Columbia River, leading to the collapse of salmon populations. I question for readers: where does your power come from? Is it hydro power? Whose lands did it affect?

5. Ali wonders about his father, who worked on the Jenpeg dam. Knowing or unknowing, Ali’s father’s efforts certainly contributed to the string of subsequent betrayals of trust and treaties that have had decades of subsequent repercussions. This is a complication that exists in most of our lives that so many of us justify against the need to “make a living.” What is something you have done in service to making a living in your own life that has impacted negatively on the lives of others?

6. As Ali seeks people to speak to about what has happened in Jenpeg, or Cross Lake, he often refers to conversations with Indigenous elders. Elders fulfill a critical role in Indigenous communities as the keepers of culture and language, but are often overlooked in modern settler culture. Are there any elders in your life who fulfill a similar role, and who are they?

7. After the sweat lodge ceremony, David “Lee Roy” Muswaggon says, “The land belongs to no one. If anything, we belong to it. There is no ‘nation’ here, just the land and the people who live on it and with it.” (56) Is there a particular place you belong to? How does your belonging to it manifest in your life?

8. Often the word “assimilation” is used to describe how Indigenous people are absorbed into the dominant settler colonial culture. Yet Ali describes how the “south of Canada has long had a fetish for the north, for the wilderness” and that the “classic image of Canadian life—hunting, fishing in pristine waters, snowmobiling or snowshoeing across white expanses—” is “Indigenous life.” (85) This suggests that the assimilation is actually being accomplished by the settlers, not the other way around, in a way that takes without really giving back. What are some other examples of this assimilation, or even cultural appropriation, that you see in the world around you that typically occurs without attention being drawn to it?

9. When Kazim Ali ultimately finds what remains of Jenpeg, he is sad. Yet how does this sadness over the loss of a temporary “company town” measure against the sadness of the Indigenous people and all they have lost? How do we come to terms with the disappearance of a settler community versus the disappearing of a generations-old culture that is being eliminated for the convenience of distant people who will never even visit the scene of that destruction?

10. Most of us come away angry from stories about how settler colonialism impacts Indigenous people, whether in North America or anywhere else in the world. Having read Northern Light, are you angry? If so, what are you going to do about it?

11. Indigenous communities are often plagued by writers from “outside” parachuting in to take their stories, report them with little context, and then leave. Kazim Ali lived in Jenpeg for only a few years as a child, then left. To complete his narrative in Northern Light, he returns, but only for a week, and then leaves again. We don’t know if he will return or not. Is this enough context to have a valid perspective on the community to share with the world? What gives him the right to tell this story of the Pimicikamak people?