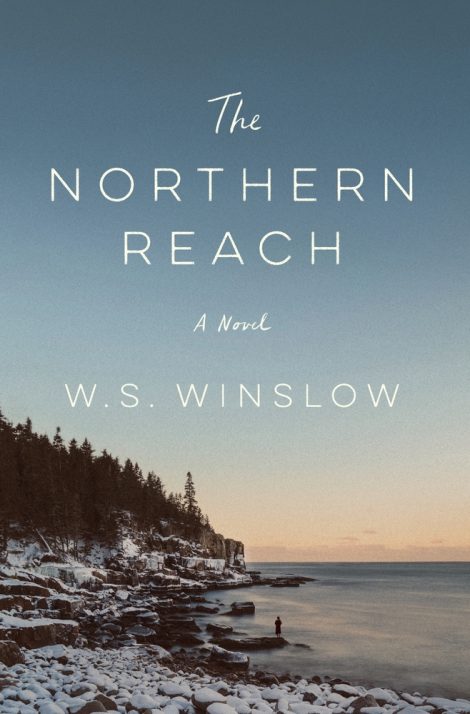 A heart-wrenching first novel about the power of place and family ties, the weight of the stories we choose to tell, and the burden of those we hide

Frozen in grief after the loss of her son at sea, Edith Baines stares across the water at a schooner, under full sail yet motionless in the winter wind and surging tide of the Northern Reach. Edith seems to be hallucinating. Or is she? Edith’s boat-watch opens The Northern Reach, set in the coastal town of Wellbridge, Maine, where townspeople squeeze a living from the perilous bay or scrape by on the largesse of the summer folk and whatever they can cobble together,

A heart-wrenching first novel about the power of place and family ties, the weight of the stories we choose to tell, and the burden of those we hide

Frozen in grief after the loss of her son at sea, Edith Baines stares across the water at a schooner, under full sail yet motionless in the winter wind and surging tide of the Northern Reach. Edith seems to be hallucinating. Or is she? Edith’s boat-watch opens The Northern Reach, set in the coastal town of Wellbridge, Maine, where townspeople squeeze a living from the perilous bay or scrape by on the largesse of the summer folk and whatever they can cobble together, salvage, or grab.

At the center of town life is the Baines family, land-rich, cash-poor descendants of town founders, along with the ne’er-do-well Moody clan, the Martins of Skunk Pond, and the dirt farming, bootlegging Edgecombs. Over the course of the twentieth century, the families intersect, interact, and intermarry, grappling with secrets and prejudices that span generations, opening new wounds and reckoning with old ghosts.

W. S. Winslow’s The Northern Reach is a breathtaking debut about the complexity of family, the cultural legacy of place, and the people and experiences that shape us.

W. S. Winslow was born and raised in Maine but spent most of her working life in San Francisco and New York in corporate communications and marketing. A ninth-generation Mainer, she now spends most of the year in a small town Downeast. She holds bachelor’s and master’s degrees in French from the University of Maine, and an MFA from NYU. Her fiction has been published in Yemassee Journal and Bird’s Thumb. The Northern Reach is her first novel.

“Is there anything better than getting to walk through a small and unfamiliar town and peer through the windows into the lives lived in the houses there? The Northern Reach gives you that rich and satisfying treat. Here is a Maine as various and stark as the pull of tides in every human heart.” – Sarah Blake, author of The Guest Book

“There should be a term for that rare, specific pleasure when a writer takes you to place you’ve never been and by the time the book is finished you feel like you know the landscape and its people as well as you do your own…Winslow’s debut novel is such a book, her clear-eyed vision of a small town in Maine is both steely and humane, and as transporting as a ticket home.” – Helen Schulman, author of Come With Me

“If Johnny Cash had sung of New England, he might have envisioned these sweeping, haunted, hilarious and sad tales of WS Winslow’s…This is a devastating book by a major storyteller.” – John Freeman, author of How to Read a Novelist

Edith Baines stares out the living room window at the schooner on the far side of the Northern Reach. It’s a traditional boat, big, maybe eighty feet, gaff-rigged with raked masts and some kind of carving on the prow, but in the inky light of the late afternoon she can’t make it out. The funny thing is, even though both the mainsail and the mizzen are raised, the boat isn’t moving. She squints but can’t see an anchor line, or even a buoy through the spitting snow. The current, she knows, is too strong for a mooring over there. Why doesn’t the boat drift? Where does it come from? Where is the crew? The questions itch unmercifully in her brain.

Descended from three generations of boatbuilders, Edith has always loved to sail. The summer she was ten—fifty-six years ago it would be now—her father took the family to Mount Desert Island for a weekend parade of tall ships. On a brilliant July morning, they climbed Cadillac Mountain. From a distance, the slopes had looked gentle and smooth like an old marble half-buried in the ground, but up close, on the trail, where the underlying granite pushed through the soil, the stone was brutal, fractured, and dangerous, and Edith imagined that just pulling out one rock might bring the whole mountain down on them. To avoid being buried alive, she walked with her hands in her pockets, kept strictly to the trail, and stepped carefully to avoid dislodging even a pebble.

At the summit, they surveyed her whole world, from the reach she’s looking at now, south to the bay, past the islands, and out to sea where the ocean met the sky in soft white surrender. They were so high up Edith imagined she could step off the mountain and onto the clouds. As they slid across the sky, the Porcupine Islands below them seemed to be swimming in the bay, bristled whales breaking the surface but leaving no wake. This, she thought, must be what it felt like to be God, but such blasphemous notions she’d learned to keep to herself. It took days and days to get the soap taste out of her mouth.

That afternoon they drove past the island’s rambling summer cottages, half-hidden behind stone walls and tangles of rugosa, and into the town of Bar Harbor to see the tall ships, mostly schooners like this one. Even though she’d grown up around the boatyard, Edith had never seen vessels this big before, and she had to crane her neck to watch the fireworks high above the web of masts and rigging. Edith has forgotten all the boat names but one, the Fanny Battle. At the time she thought it was funny to have a boat named after someone’s bottom, but Papa said Fanny was a genuine lady’s name and told her to stop her deviltry. When she giggled again, he wiped that silly grin off her face, just like he said he would.

Edith presses her fingertips to her cheek, expecting it to feel hot with the slap and the shame, but it’s cold, like always. Like everything in winter. Above the reach, low clouds sleepwalk across the February sky. Today they are fibrous, striated, like flesh being slowly torn from bone. It’s four in the afternoon and already night has started chewing away the edges of the day. This is winter’s waking death: half-light, refracted by gray water and dirty snow, begging the voracious dark to end its misery.

Along her jaw, Edith traces calcified bone bumps like rock beneath her skin. She follows the line from chin to earlobe, wonders when her skin got so loose and thin, thinks maybe if she pinches it hard enough, it might tear away from her skull in shreds like those clouds. Tentatively at first, she tugs at a jowly flap on her jawbone. It’s loose all right, and it hurts when she pinches it. The pain cuts through the maddening static in her mind, so she squeezes harder, then rotates her nails into the flesh. If she breaks the skin, will she bleed? Or is she like those hairy moths, the ones with eye markings on their wings that flit around the yellow porch light and explode in clouds of dust when they pass too close? In that last second, she thinks, the light must seem as bright and hot as the sun.

“Mother Baines?” Margery drops her handbag on the floor and skitters over from the doorway. She’s wearing her wool coat; wet snow sparkles on her shoulders, almost glamorous. At the sound of her daughter-in-law’s voice Edith recoils, as she always does, at the dreadful intimacy of being called mother by someone who is not her child.

Edith looks at her hand. The nails of her thumb and forefinger are red rimmed. She feels a blood drop forming on her chin, but before it can fall into her lap, Margery pushes a lipstick-stained wad of tissue against it, tells Edith to hold it there while she looks for the Mercurochrome. She returns with rubbing alcohol. It’ll smart almost as much; the thought makes Edith smile.

“Good Lord, what have you done to yourself this time?” Margery sighs as she replaces the dirty tissue with a stinging cotton ball. Edith doesn’t bother with the question, the answer is obvious. Margery puts more pressure on the wound than she needs to, so Edith pushes back with her jaw. When Margery snatches the cotton ball away, the scrum ends in a draw.

“You gonna sit there staring into space all afternoon, Mother?”

“I don’t know, Margery, probably,” she says. The effort of speaking exhausts her.

Margery leans in to apply a Band-Aid and exhales stale breath past yellow teeth coated in cigarette smoke and saccharine black coffee. Edith turns back to the window.

In a few minutes, Margery emerges from the kitchen wearing an apron over her pantsuit and carrying a packet of egg noodles with a can of cream of celery soup balanced on top. “Tuna casserole or shrimp wiggle?”

Edith waves off the question as if it were one of those moths fluttering around her head.

Margery thinks her mother-in-law is running down, that her interest in life is dwindling along with her stock of words. Edith hasn’t said ten things in the past week; before the accident you couldn’t shut her up any more than you could slow her down. Now she goes hours without moving or speaking. The silence weighs on Margery, tries her patience.

“I had a nice visit with Earlene today. She asked to be remembered to you,” Margery calls from the kitchen, hoping to start a pleasant conversation about her daughter. “She’s about to pop with that baby, and still two months to go.”