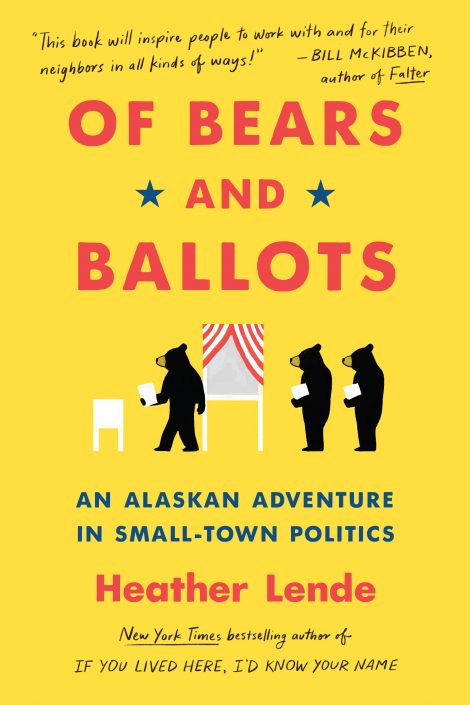 OF BEARS AND BALLOTS

An Alaskan Adventure in Small-Town Politics

Heather Lende was one of the thousands of women inspired to take an active role in politics during the past few years. Though her entire campaign for assembly member in Haines, Alaska, cost less than $1,000, she won! And tiny, breathtakingly beautiful Haines isn’t the sleepy town it appears to be. Yes, the assembly must stop bears from rifling through garbage on Main Street, but there is also a bitter debate about the fishing boat harbor and a vicious recall campaign that targets three assembly members, including Lende. In Of Bears and Ballots we witness the nitty-gritty of passing legislation,

Heather Lende was one of the thousands of women inspired to take an active role in politics during the past few years. Though her entire campaign for assembly member in Haines, Alaska, cost less than $1,000, she won! And tiny, breathtakingly beautiful Haines isn’t the sleepy town it appears to be. Yes, the assembly must stop bears from rifling through garbage on Main Street, but there is also a bitter debate about the fishing boat harbor and a vicious recall campaign that targets three assembly members, including Lende. In Of Bears and Ballots we witness the nitty-gritty of passing legislation, the lofty ideals of our republic, and the way our national politics play out in one small town. With her entertaining cast of offbeat but relatable characters, the writer whom the Los Angeles Times calls “part Annie Dillard, part Anne Lamott” brings us an inspirational tale about what living in a community really means, and what we owe one another. 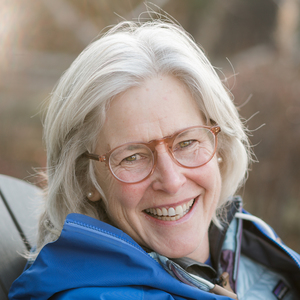 Heather Lende has contributed essays and commentary to NPR, the New York Times, and National Geographic Traveler, among other newspapers and magazines, and is a former contributing editor at Woman’s Day. A columnist for the Alaska Dispatch News, she is the obituary writer for the Chilkat Valley News in Haines and the recipient of the Suzan Nightingale McKay Best Columnist Award from the Alaska Press Club. Her previous bestselling books are Find the Good, Take Good Care of the Garden and the Dogs, and If You Lived Here, I’d Know Your Name. Lende was voted Citizen of the Year, Haines Chamber of Commerce, in 2004.

“A detailed and amiable chronicle of [Lende’s] three-year term as assemblywoman in Haines Borough, Alaska . . . Lende successfully balances the dry facts of assembly reports with humorous character sketches and lyrical odes to the natural beauty of Alaska. The result is an honest and inspirational investigation into why ‘it’s easy to say what’s wrong with government; it’s harder to fix it, and progress can be very slow.’” —Publishers Weekly

“In this fraught, bewildering American era, Heather Lende’s latest memoir is a blessed balm…What a blessing Lende’s view of democracy, which she calls ‘glorious chaos,’  is in this dark era.. She reminds us about the dreams we share, especially now, as we cry for, and struggle to save, our beloved country.” – The Minneapolis Star Tribune

“[Lende’s] hard-won experience serves as both a Trump-era warning and a clarion call for citizens everywhere to honor public service and the representative democracy that depends on it.” – Anchorage Daily News

“As the reader follows [Lende’s] soul-searching perseverance, a heartwarming realization of our common humanity and of our struggles to understand and live with each other shines through. This is, above all, an uplifting story of democracy at work in a far-flung, beautiful part of the U.S.” – Booklist

“Citizenship—real, active citizenship of the kind we badly need—is hard work, as this book makes clear. But it’s also rewarding in a profound way; hopefully this will inspire people to work with and for their neighbors in all kinds of ways!” —Bill McKibben, author of Falter

“All politics is local, so it’s said. If you haven’t served on a local board or commission you haven’t lived. If you have served and lived through it, Heather Lende feels your pain, and will have you laughing at hers. Sometimes a first rate writer also happens to be a first rate human being. I love when that happens.” —Tom Bodett, humorist (and former chair of the Selectboard of Dummerston, Vermont)

“Heather Lende has the voice of that friend down the street you love to chat with over coffee—the one who knows everything going on in town, but also knows the difference between gossip and storytelling.” —Tom Kizza, New York Times-bestselling author of Pilgrim’s Wilderness and The Wake of the Unseen Object

“Heather Lende’s brave, big-hearted book about her run for local office fairly bursts with affection for her place and its people. By the end you’ll be torn between wanting to move to Haines, Alaska, and wanting Heather to take the helm of your hometown.”—Melody Warnick, author of This Is Where You Belong

“An uplifting reminder that democracy works in America. While its setting is an extraordinary landscape of mountains, glaciers and the waters of Lynn Canal, the political scene and the cast of characters Lende captures will find resonance in every corner of America.” —Bruce Botelho, former Mayor of Juneau, Alaska

“This book is a fine story—many beautifully-woven stories, in fact, told with compassion, wisdom and wit—about democracy, community and decency in small-town America, and how to save the best of who we are. It’s medicine for the soul. I vote for Heather Lende.” —Kim Heacox, author of John Muir and the Ice that Started a Fire

“Heather Lende has captured the essence of small-town governing in a community as politically divided as our nation is today. She reminds us that public service is hard, but also meaningful.” —Fran Ulmer, former Lieutenant Governor of Alaska

1. Divisive national politics filtered down to small towns like Haines. Do you see the same polarization in your own community? How can we learn to disagree with civility with friends and neighbors on a hot local issue, or even a state or national issue?

2. Heather’s entire campaign cost less than $1000. Do you think there is too much money in politics, and if so, what would you do about it?

3. Since holding local office is a volunteer position in most towns, including in Haines, do you think that excludes younger people who are working full time and raising kids? Do you think being involved in your community is the responsibility of all residents? What are effective ways to get more people involved in government? What are other ways to become involved besides running for office?

4. Heather suggests that campaigning and governing politicians should be wary of “absolutes,” but how do you choose between standing up for your principles and compromising for the common good? Can you think of a particular leader’s action on an issue dear to you that illustrates your answer?

5. Social media played a large part in the controversies in Haines, including the recall election. Do you think social media helps or harms democracy? What can you do to make it more effective, accurate, and kind?

6. Before each meeting Heather wrote on her agenda, “Be Kind, Be Brave, Be Thoughtful.” What would your motto be?

7. Judging from Heather’s experience, what are the most effective ways for citizens to communicate with their local, or state or federal, lawmaker? What doesn’t work?

8. Heather was guided by several people who had held local positions previously, most notably her friend and former mayor Stephanie Scott and former assembly member Ray Menaker. Do you think mentors are important to emerging local leaders? And do you think they are especially important for women and other underrepresented citizens?

9. Would you consider becoming a mentor, supporting a rookie candidate, or running for office? How? And why or why not?