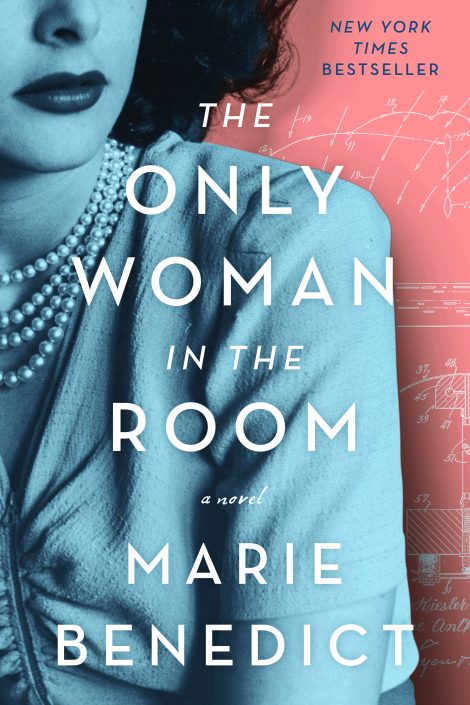 THE ONLY WOMAN IN THE ROOM

Her beauty almost certainly saved her from the rising Nazi party and led to marriage with an Austrian arms dealer. Underestimated in everything else, she overheard the Third Reich’s plans while at her husband’s side, understanding more than anyone would guess. She devised a plan to flee in disguise from their castle, and the whirlwind escape landed her in Hollywood. She became Hedy Lamarr, screen star.

But she kept a secret more shocking than her heritage or her marriage: she was a scientist.

Her beauty almost certainly saved her from the rising Nazi party and led to marriage with an Austrian arms dealer. Underestimated in everything else, she overheard the Third Reich’s plans while at her husband’s side, understanding more than anyone would guess. She devised a plan to flee in disguise from their castle, and the whirlwind escape landed her in Hollywood. She became Hedy Lamarr, screen star.

But she kept a secret more shocking than her heritage or her marriage: she was a scientist. And she knew a few secrets about the enemy. She had an idea that might help the country fight the Nazis…if anyone would listen to her.

A powerful novel based on the incredible true story of the glamour icon and scientist whose groundbreaking invention revolutionized modern communication, The Only Woman in the Room is a masterpiece. 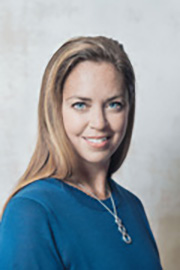 “A page-turning tapestry of intrigue and glamour. Spellbinding and timely.” —Fiona Davis, national bestselling author of The Masterpiece

“Relevant today… a worthy read about this gorgeous and talented woman.” —New York Journal of Books

1. The Only Woman in the Room opens in Austria at a pivotal time in the years leading up to World War II. How familiar were you with the events of this era, particularly the European political developments and the relationship of Austria with Italy, Germany, and its other neighbors? Did you learn anything new about this period in history?

2. Did you find yourself becoming angry by Fritz’s treatment of Hedy and her decision to stay in the marriage for so long? Would you have felt as bound to the promise to her father—that she will use Fritz as a shield and stay with him unless she has no other choice—as she did?  How did this sense of duty motivate her decisions and actions at this stage? What did you think about her mother’s views on the marital vow?

3. What are some of the differences between the life of Hedy the movie star and public figure and Hedy the scientist and private person? How does the theme of wearing masks appear throughout the novel? Do you feel this divide between women’s exterior and interior lives exists today?

4. What was your reaction to learning that Hedy, an actress who was largely self-taught in the sciences, was responsible, in part, for an invention that ultimately formed the basis for cell-phone technology? Do you think our perceptions might still be unconsciously affected by lingering preconceptions from Hedy’s day? How did her sense of duty and responsibility motivate her to create her invention?

5. The title of the novel is subject to several interpretations. What meanings can you glean from the title, and how did your understanding of the meaning of The Only Woman in the Room change from the beginning of the novel, to the end, if at all?

6. How might Hedy have symbolic importance in our time? Do you think it is important to uncover the voices and stories of historical women, and if so, why?

My lids fluttered open, but the floodlights blinded me for a moment. Placing a discreet, steadying hand on my costar’s arm, I willed a confident smile upon my lips while I waited for my vision to clear. The applause thundered, and I swayed in the cacophony of sound and light. The mask I’d firmly affixed to myself for the performance slipped away for a moment, and I was no longer nineteenth-century Bavarian Empress Elizabeth, but simply young Hedy Kiesler.

I couldn’t allow the theatergoers of the famed Theater an der Wien to see me falter in my portrayal of the city’s beloved empress. Not even in the curtain call. She had been the emblem of the once-glorious Habsburg Austria, an empire that ruled for nearly four hundred years, and the people had clung to her image in these humiliating days after the Great War.

Closing my eyes for a split second, I reached deep within myself, putting aside Hedy Kiesler with all her small worries and comparatively petty aspirations. I summoned my power and assumed the mantle of the empress once again, her necessary steeliness and her heavy responsibilities.
Then I opened my eyes and stared out at my subjects.

The audience materialized before me. I realized that they weren’t clapping from the comfort of their plush, red-velvet theater seats. They had leaped to their feet in a standing ovation, an honor my fellow Viennese doled out sparingly. As the empress, this was my due, but as Hedy, I wondered whether this applause could truly be for me and not one of the other actors of Sissy. The actor who played Emperor Franz Josef to my Empress Elizabeth, Hans Jaray, was, after all, a legendary Theater an der Wien fixture. I waited for my costars to take their bows. While they awarded solid applause for the other actors, the theatergoers became wild when I took center stage for my bow. This was indeed my moment.

How I wished Papa could have watched my performance tonight. If Mama hadn’t feigned illness in an obvious ploy to take attention away from my important evening, Papa could have seen my Theater an der Wien debut. I know he would have reveled in this reaction, and if he had witnessed this adulation firsthand, it might have washed away the stain of my risqué performance in the film Ecstasy. A portrayal I desperately wished I could forget.

The sound of clapping started to grow fainter, and a chord of disquiet descended upon the audience as a procession of theater ushers paraded down the center aisle, arms laden with flowers. This grandiose gesture, with its inappropriate, very public timing, unsettled the otherwise
reserved Viennese. I could almost hear them wonder who would have dared disrupt opening night at the Theater an der Wien with this audacious display. Only the overzealousness of a parent could have excused it, but I knew my cautious parents would have never dared the gesture. Was it one of my fellow actors’ families who’d made this misstep?

As the ushers proceeded closer to the stage, I saw that their arms brimmed not with ordinary flowers but with exquisite hothouse roses. Perhaps a dozen bouquets. How much would this abundance of rare red blooms cost? I wondered who could afford the decadence at a time like this.

The ushers mounted the stairs, and I understood that they’d been instructed to deliver these bouquets to their intended recipient in full view of the audience. Uncertain how to manage this breach of decorum, I glanced at the other actors, who looked equally perplexed. The stage manager gesticulated to the ushers to halt this display, but they must have been well paid, because they ignored him and lined up in front of me.

One by one, they handed me the bouquets until my arms could no longer hold them all, at which time the ushers laid them at my feet. Up and down my spine, I felt the disapproving glances of my castmates. My stage career could rise or fall upon the whims of these venerable actors; they could dislodge me from this pinnacle with a few well-placed words and replace me with any one of the number of young actresses clamoring for this role. I felt compelled to refuse the bouquets, until a thought struck me.

The giver could be anyone. He could be a prominent member of one of the feuding government parties—either a conservative Christian Social Party member or a socialist Social Democrat. Or worse, my benefactor could sympathize with the National Socialist Party and long for the unification of Austria with Germany and its newly named chancellor, Adolf Hitler. The pendulum of power seemed to sway with each passing day, and no one could afford to take chances. Least of all me.

The audience had stopped clapping. In the uncomfortable silence, they settled back into their seats. All except one man. There, in the center of the third row, the most prized seat in the theater, stood a barrel-chested and square-jawed gentleman. Alone among all the patrons of the Theater an der Wien, he remained standing.