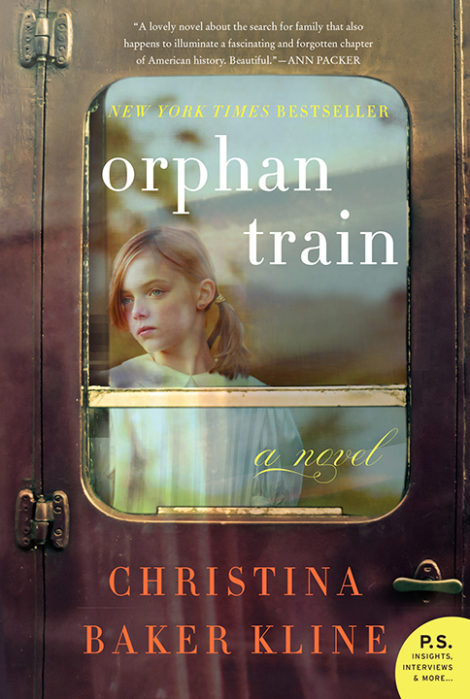 Christina Baker Kline’s #1 New York Times bestselling novel—the captivating story of a 91-year-old woman with a hidden past as an orphan-train rider and the teenage girl whose own troubled adolescence leads her to seek answers to long-buried questions…now with an extended scene that addresses the number one question readers ask, and an excerpt from Kline’s upcoming novel A Piece of the World

Between 1854 and 1929, so-called orphan trains ran regularly from the cities of the East Coast to the farmlands of the Midwest, carrying thousands of abandoned children whose fates would be determined by pure luck.

Christina Baker Kline’s #1 New York Times bestselling novel—the captivating story of a 91-year-old woman with a hidden past as an orphan-train rider and the teenage girl whose own troubled adolescence leads her to seek answers to long-buried questions…now with an extended scene that addresses the number one question readers ask, and an excerpt from Kline’s upcoming novel A Piece of the World

Between 1854 and 1929, so-called orphan trains ran regularly from the cities of the East Coast to the farmlands of the Midwest, carrying thousands of abandoned children whose fates would be determined by pure luck. Would they be adopted by a kind and loving family, or would they face a childhood and adolescence of hard labor and servitude?

As a young Irish immigrant, Vivian Daly was one such child, sent by rail from New York City to an uncertain future a world away. Returning east later in life, Vivian leads a quiet, peaceful existence on the coast of Maine, the memories of her upbringing rendered a hazy blur. But in her attic, hidden in trunks, are vestiges of a turbulent past.

Seventeen-year-old Molly Ayer knows that a community-service position helping an elderly widow clean out her attic is the only thing keeping her out of juvenile hall. But as Molly helps Vivian sort through her keepsakes and possessions, she discovers that she and Vivian aren’t as different as they appear. A Penobscot Indian who has spent her youth in and out of foster homes, Molly is also an outsider being raised by strangers, and she, too, has unanswered questions about the past.

Moving between contemporary Maine and Depression-era Minnesota, Orphan Train is a powerful tale of upheaval and resilience, second chances, and unexpected friendship. 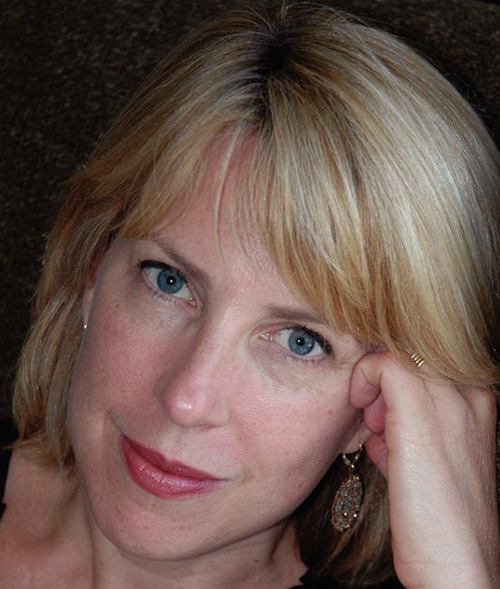 Christina Baker Kline is the author of the new novel A Piece of the World (2017), about the relationship between the artist Andrew Wyeth and the subject of his best-known painting, Christina’s World. Kline has written five other novels — Orphan Train, The Way Life Should Be, Sweet Water, Bird in Hand, and Desire Lines — and written or edited five works of nonfiction. Her 2013 novel Orphan Train spent more than two years on the New York Times bestseller list, including five weeks at #1, and was published in 40 countries. More than 100 communities and colleges have chosen it as a “One Book, One Read” selection. Her adaptation of Orphan Train for young readers is Orphan Train Girl (2017). She lives near New York City and on the coast of Maine.

“Absorbing…a heartfelt page-turner about two women finding a sense of home…Kline lets us live the characters’ experiences vividly through their skin…The growth from instinct to conscious understanding to partnership between the two is the foundation for a moving tale.”—Publishers Weekly

“In Orphan Train, Christina Baker Kline seamlessly knits together the past and present of two women, one young and one old. Kline reminds us that we never really lose anyone or anything or – perhaps most importantly – ourselves.” —Ann Hood, author of The Knitting Circle

“Christina Baker Kline writes exquisitely about two unlikely friends – one, a 91-year-old survivor of the grinding poverty of rural Ireland, immigrant New York and the hardscrabble Midwest; and the other, a casualty of a string of foster homes – each struggling to transcend a past of isolation and hardship. Orphan Train will hold you in its grip as their fascinating tales unfold.” —Cathy Marie Buchanan, author of The Painted Girls

“I loved this book: its absorbing back-and-forth story, its vivid history, its eminently loveable characters. Orphan Train wrecked my heart and made me glad to be literate.”—Monica Wood, author of When We Were the Kennedys

“Christina Baker Kline’s latest wonder, Orphan Train, makes for compulsive reading – this is a story of resilience in the face of tremendous odds and oppressive loneliness. Meticulously researched and yet full of the breath of life, Kline’s novel takes us on an historical journey where survival depends upon one’s own steely backbone, and the miracle of a large and generous heart.” —Helen Schulman, author of This Beautiful Life

“I was so moved by this book. I loved Molly and Vivian, two brave, difficult, true-hearted women who disrupt one another’s lives in beautiful ways, and loved journeying with them, through heartbreak and stretches of history I’d never known existed, out of loneliness toward family and home.” —Marisa de los Santos, New York Times bestselling author of Belong to Me and Falling Together

1. On the surface, Vivian’s and Molly’s lives couldn’t be more different. In what ways are their stories similar?

2. In the prologue Vivian mentions that her “true love” died when she was 23, but she doesn’t mention the other big secret in the book. Why not?

3. Why hasn’t Vivian ever shared her story with anyone? Why does she tell it now?

4. What role does Vivian’s grandmother play in her life? How does the reader’s perception of her shift as the story unfolds?

5. Why does Vivian seem unable to get rid of the boxes in her attic?

6. In Women of the Dawn, a nonfiction book about the lives of four Wabanaki Indians excerpted in the epigraph, Bunny McBride writes: “In portaging from one river to another, Wabanakis had to carry their canoes and all other possessions. Everyone knew the value of traveling light and understood that it required leaving some things behind. Nothing encumbered movement more than fear, which was often the most difficult burden to surrender.” How does the concept of portaging reverberate throughout this novel? What fears hamper Vivian’s progress? Molly’s?

7. Vivian’s name changes several times over the course of the novel: from Niamh Power to Dorothy Nielsen to Vivian Daly. How are these changes significant for her? How does each name represent a different phase of her life?

8. What significance, if any, does Molly Ayer’s name have?

9. How did Vivian’s first-person account of her youth and the present-day story from Molly’s third-person-limited perspective work together? Did you prefer one story to the other? Did the juxtaposition reveal things that might not have emerged in a traditional narrative?

11. What does Vivian mean when she says, “I believe in ghosts”?

12. When Vivian finally shares the truth about the birth of her daughter and her decision to put May up for adoption she tells Molly that she was “selfish” and “afraid.” Molly defends her and affirms Vivian’s choice. How did you perceive Vivian’s decision? Were you surprised she sent her child to be adopted after her own experiences with the Children’s Aid Society?

13. When the children are presented to audiences of potential caretakers, the Children’s Aid Society explains adoptive families are responsible for the child’s religious upbringing. What role does religion play in this novel? How do Molly and Vivian each view God?

14. When Vivian and Dutchy are reunited she remarks, “However hard I try, I will always feel alien and strange. And now I’ve stumbled on a fellow outsider, one who speaks my language without saying a word.” How is this also true for her friendship with Molly?

15. When Vivian goes to live with the Byrnes Fanny offers her food and advises, “You got to learn to take what people are willing to give.” In what ways is this good advice for Vivian and Molly? What are some instances when their independence helped them?

16. Molly is enthusiastic about Vivian’s reunion with her daughter, but makes no further efforts to see her own mother. Why is she unwilling or unable to effect a reunion in her own family? Do you think she will someday?

17. Vivian’s Claddagh cross is mentioned often throughout the story. What is its significance? How does its meaning change or deepen over the course of Vivian’s life?