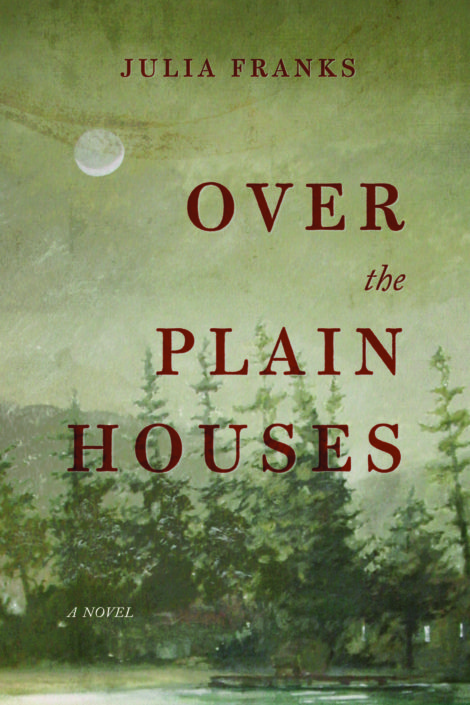 OVER THE PLAIN HOUSES

This spellbinding debut by Julia Franks is the story of an Appalachian woman intrigued by the possibility of change and escape—stalked by a Bible-haunted man who fears his government and stakes his integrity upon an older way of life.

It’s 1939, and the federal government has sent USDA agent Virginia Furman into the North Carolina mountains to instruct families on modernizing their homes and farms. There she meets farm wife Irenie Lambey, who is immediately drawn to the lady agent’s self-possession. Already, cracks are emerging in Irenie’s fragile marriage to Brodis, an ex-logger turned fundamentalist preacher: She has taken to night ramblings through the woods to escape her husband’s bed,

This spellbinding debut by Julia Franks is the story of an Appalachian woman intrigued by the possibility of change and escape—stalked by a Bible-haunted man who fears his government and stakes his integrity upon an older way of life.

It’s 1939, and the federal government has sent USDA agent Virginia Furman into the North Carolina mountains to instruct families on modernizing their homes and farms. There she meets farm wife Irenie Lambey, who is immediately drawn to the lady agent’s self-possession. Already, cracks are emerging in Irenie’s fragile marriage to Brodis, an ex-logger turned fundamentalist preacher: She has taken to night ramblings through the woods to escape her husband’s bed, storing strange keepsakes in a mountain cavern. To Brodis, these are all the signs that Irenie—tiptoeing through the dark in her billowing white nightshirt—is practicing black magic.

When Irenie slips back into bed with a kind of supernatural stealth, Brodis senses that a certain evil has entered his life, linked to the lady agent, or perhaps to other, more sinister forces.

Working in the stylistic terrain of Amy Greene and Bonnie Jo Campbell, this mesmerizing debut by Julia Franks is the story of a woman intrigued by the possibility of change, escape, and reproductive choice—stalked by a Bible-haunted man who fears his government and stakes his integrity upon an older way of life. As Brodis chases his demons, he brings about a final act of violence that shakes the entire valley. In this spellbinding Southern story, Franks bares the myths and mysteries that modernity can’t quite dispel. 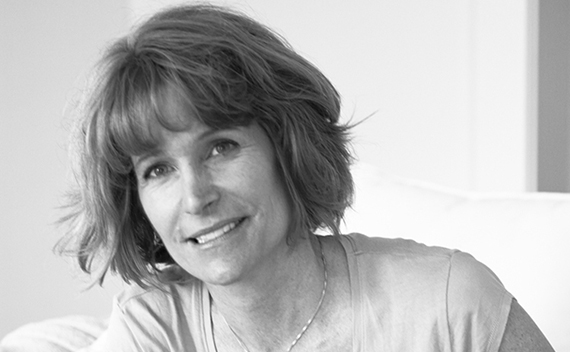 Julia Franks has roots in the Appalachian Mountains and has spent years kayaking the rivers and creeks of Tennessee, North Carolina, and West Virginia. She lives in Atlanta, where she teaches literature and runs Loose Canon, a web service that fosters free-choice reading in the classroom.

“Over the Plain Houses had me enthralled from beginning to end. This beautifully written, carefully constructed, and richly detailed novel swept me away to another time and place—rural Appalachia during the Great Depression. Ms. Franks conveys a vibrant, here-and-now authenticity to this setting, but, much more than that, she plunged me into an absorbing human drama of marital discontent, misunderstanding, violence, and desperation. What a spellbinding, convincing, and completely satisfying novel this is!”—Tim O’Brien, author of The Things They Carried

“The best historical fiction conjures the past while speaking to the present. Over the Plain Houses is an absorbing, twisty, suspenseful story of a couple’s rupturing marriage in a time and place wracked by change. It is also a timely cautionary tale about the dangers of a mind hardened by fear and zealotry. Precisely observed, exquisitely written, Julia Franks’ debut novel is a work of stunning emotional depth and clarity that is destined to become a Southern classic.“—Kim Church, author of Byrd, winner of the Crook’s Corner Book Prize

“Every now and then you find a book that is so enthralling and alive with characters that when it begins to build suspense you find yourself breathless as you read. There is a touch of Faulkner here, but Hawthorne as well. Brodis Lambey is a memorable creation, a man out of darkness and evil, representing his own brand of religious fervor. And his long suffering wife, Irenie, his son Matthew, have their own demons to confront. When Brodis becomes convinced his wife may be a witch, the story unfolds and moves like an express train. This one is a winner.“—Robert Bausch author of Far as the Eye Can See, The Gypsy Man, Almighty Me

1. Brodis seems to love his son, but there’s a great deal of tension in their relationship. What are the causes of that tension?

2. In Chapter 3, Brodis lectures Matthew after he questions the Bible, saying “Comes a point where a man can’t tell the difference between a bending and a breaking.” What does Brodis mean? Do you agree?

3. Brodis commits terrible acts, but did you sympathize with him at all? At what point did you stop sympathizing with him? To what extent, if any, can we identify with him? What are Brodis’s motivations? His frustrations?

4. What is it that Irenie seems to want out of life and how does it change as the story progresses?

6. How would you characterize the friendship between Irenie and Virginia? How do they influence one another? Why is theirs a rather unlikely friendship?

7. The only other couple we see in any detail are Irenie’s parents. At one point, she explicitly compares her marriage to theirs. What are the differences?

8. When Irenie goes to Copper Hill, Dr. Potts asks her several questions about her married life before he makes a decision to go ahead with the procedure. Do you think his role here is appropriate?

9. Over the Plain Houses has often been called a novel about witchcraft. To what extent is that true? Are there characters who practice magic spells? To what effect?

10. The US Department of Agriculture is the most obvious agent of change in the novel. To what extent is the change it brings positive or negative?

11. What are the other agents of progress and change?

12. Many novels use multiple points of view to highlight miscommunication. What are the central misunderstandings in this story?

13. In some ways the novel is about certainty versus doubt. Matthew questions the Bible and his parents, Irenie questions her husband, her world, and herself. Brodis, on the other hand, is in search of certainty, so much so that he swears off the “rabbit trap questions” that his own mind conjures up. What does the novel seem to be saying about the role of doubt and certainty?

14. Brodis “drowns” three times in the novel, each time with a different consequence. How does each experience affect him?15. Many have said that the natural world in this novel is a character unto itself. If that is so, what does Nature have to endure in this novel? To what extent is Nature diminished or triumphant in the end?

16. How does Brodis justify his final act of violence? To what extent is it an act of warning? An act of vengeance? Are there modern parallels?

17. Is it possible to separate Brodis’ personal motivation from his ideological ones?

18. Who changes the most throughout the novel, Irenie or Brodis? Would you characterize the change as “growth”?

19. What are some recurring symbols in Over the Plain Houses?

20. Over the Plain Houses opens with a poem by Anne Sexton, “Our Kind.” Now that you’ve read the novel, how does the poem inform the novel?

21. The novel ends with Matthew successfully enrolled in a boarding school. What do you think his future life will be?