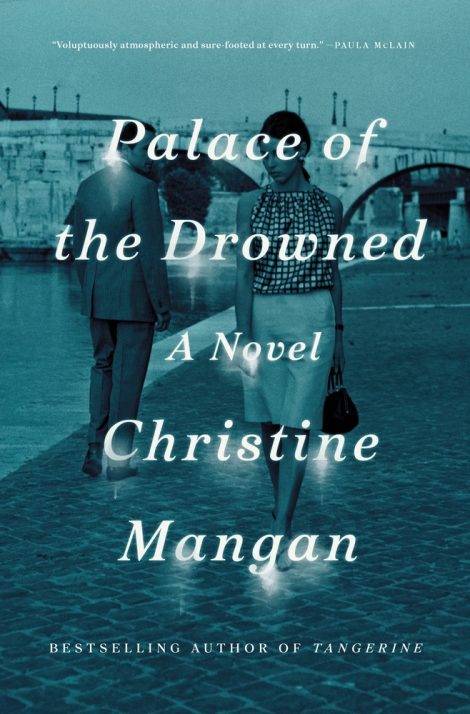 PALACE OF THE DROWNED

From the bestselling author of Tangerine

It’s 1966 and Frankie Croy retreats to her friend’s vacant palazzo in Venice. Years have passed since the initial success of Frankie’s debut novel and she has spent her career trying to live up to the expectations. Now, after a particularly scathing review of her most recent work, alongside a very public breakdown, she needs to recharge and get re-inspired.

Then Gilly appears. A precocious young admirer eager to make friends, Gilly seems determined to insinuate herself into Frankie’s solitary life. But there’s something about the young woman that gives Frankie pause.

From the bestselling author of Tangerine

It’s 1966 and Frankie Croy retreats to her friend’s vacant palazzo in Venice. Years have passed since the initial success of Frankie’s debut novel and she has spent her career trying to live up to the expectations. Now, after a particularly scathing review of her most recent work, alongside a very public breakdown, she needs to recharge and get re-inspired.

Then Gilly appears. A precocious young admirer eager to make friends, Gilly seems determined to insinuate herself into Frankie’s solitary life. But there’s something about the young woman that gives Frankie pause. How much of what Gilly tells her is the truth? As a series of lies and revelations emerge, the lives of these two women will be tragically altered as the catastrophic 1966 flooding of Venice ravages the city.

Suspenseful and transporting, Christine Mangan’s Palace of the Drowned brings the mystery of Venice to life while delivering a twisted tale of ambition and human nature. 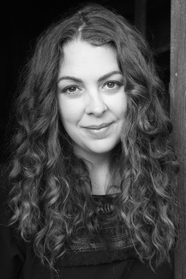 Christine Mangan is the author of the national bestseller, Tangerine. She has her PhD in English from University College Dublin, with a focus on 18th-century Gothic literature, and an MFA in fiction writing from the University of Southern Maine.

“In her taut and mesmerizing follow up to Tangerine, the preternaturally gifted Christine Mangan plunges us into another exotic and bewitchingly rendered locale, this time Venice off-season, moody and damp, where well-known novelist Frankie Croy has gone to escape dark memories. Instead, a surprise entanglement with a mysterious young woman sets Frankie on edge, threatening to unravel her already precarious mental state. Voluptuously atmospheric and surefooted at every turn, Palace of the Drowned more than delivers on the promise of Mangan’s debut, and firmly establishes her as a writer of consequence.” – Paula McLain, author of The Paris Wife and When the Stars Go Dark

She was on her way to the Rialto market, hoping to buy some vongole from one of the local fishmongers, despite the fact that it was October and therefore not really the season for them, when she felt someone grab her by the wrist.

Just moments earlier, Frances, or Frankie, as she was known to the small set of people she had called friends over the years, had been walking alongside the Grand Canal, concerned with nothing more than her aching feet crying out for a vaporetto. Pulling the cowl of her houndstooth wool overcoat tightly to her neck, in what she was forced to concede was a failing attempt to keep out the impending cold and drizzle, she had made her way determinedly toward the fish market—her heels clicking against the rain-splattered cobblestones, dodging the crowds of tourists winding their cameras with spools of film to capture the city’s infamous candelabras, and their accompanying tour guides, wooden paddles held high into the air—all the while cursing the friend who was supposed to have been walking alongside her in this miserable weather.

Instead, weeks before, Frankie had sat alone at Victoria station, about to board a train to Dover, a crumpled telegram somewhere at the bottom of her bag. It had been handed to her along with her ticket. RUNNING LATE STOP SORRY STOP FORGIVE ME. Frankie knew that the use of a question mark was impossible in a telegram, but still, it didn’t stop her feeling needled by the assumption of the last bit, turning the latter into a declaration instead of a plea. She was used to such flightiness on the part of her friend, and yet the slight had rankled more than usual. Venice had been Jack’s suggestion, after all—Frankie would never have come on her own.

When Frankie later called her friend from the telephone box at the station, Jack had begged her to cancel and wait until the following weekend, when they could set off together and be in the city of bridges in just a few hours rather than a few days. Frankie still didn’t understand the reason for the delay, had heard the edge in Jack’s voice when she had broached the question. It wasn’t as if Jack had to clock in. Heiresses were not subject to the same grueling schedule as the rest of the world. Jack was, had always been, at the mercy of no one but herself—a fact she often tried to exert upon others. But that day, Frankie had refused. She had only ever flown once before and had detested every second. There was something about it—the whining of the engines, the slamming of air, of oxygen, of force, of gravity. The toll she could feel it taking on her body. She wondered about her insides, whether they were as clenched, condensed, as twisted and distorted as they felt. She had been, for the duration of the trip, aware of nothing so much as the feeling of being trapped in that box of tin, thick with cigarette smoke and cloying perfume, with polite conversations and sharp, quick glances. It reminded her too much of the years during the war—confined in dusty basements, listening to the roar of planes overhead. She had sprinted from her seat the moment the plane touched the ground.

Not that the ferry and train over had proved to be much better. The ferry had been an arduous journey, the inside suffocating in warmth—filled to the brim with ladies playing bridge, unsupervised children running wild, their husbands and fathers retreating to dark corners with cigarettes and measures of scotch—while the dark and gloom of the weather outside made it impossible to step out for a breath of fresh air. Later, in Italy, Frankie had misread her connecting ticket, thinking she was leaving Torino from Porta Susa, the station where she had arrived from Paris. She realized only at the last minute that the train to Venice left from Porta Nuova, nearly a full mile away. After several panicked moments, she managed to come to her senses and hail a taxi, arriving, mercifully, just in time, although flushed and sweating as she collapsed into her assigned seat, blood pounding in her ears. Her spirits had been further dampened upon realizing her traveling companion was an elderly woman cloaked in a large and rather foul-smelling fur coat, with a miserable-looking dachshund, which was prone to fits of loud yapping every time the train lurched, perched on her lap.

When Frankie finally arrived at the station in Venice and managed to purchase the right ticket for the right water bus, she had experienced an inflated sense of triumph. Alighting at the San Zaccaria station, confident in her ability to steer herself through the city unaided, she had even gone so far as to decline the help of a smiling porter, determined to make her way through the sestiere of Castello all on her own. It was a decision she soon regretted, as her meticulously written directions led her down one street and then another, the width barely large enough for herself and her one leather bag, let alone the people trying to make their way from the opposite direction. And yet, somehow, there always seemed to be enough room, the person coming toward her shifting just enough to allow them both through without so much as brushing shoulders. These narrow passageways then emptied out into campi—the open spaces smaller than she had imagined—before leading her onward and over one little bridge, and then another, and sometimes under archways that forced her to bend forward so as not to knock her head against the stone. She had taken a few wrong turns but nothing that had led her too far out of her way. The most disconcerting moment had come when she met with a dead end, which, unlike those she was used to at home—bricks that boxed you in and held you in place—meant she found herself standing in front of an archway that led only to water, rushing up and over the stones, dangerously close to her feet. The first time it had happened, Frankie stumbled, thrown off by the movement of the waves, by the sulfuric odor that filled the alcove. It was hypnotic, the lapping of the green water up and over the cobbles, the smell of brine surrounding her, so that instead of taking a step back, she had moved forward, as if to welcome it. The spell was broken only when a local had appeared in one of the windows, calling out something to her in Venetian. Looking up, she had seen window boxes and lace curtains, an older man looking down at her in consternation as music flooded from a record player somewhere inside the flat. Frankie backed away, embarrassed. Head down, she had pushed onward, trying to make it look as though she knew where she was headed.

That had been weeks ago, and there was still no sign of Jack.

And so Frankie was alone, in a city that was still largely unknown to her, when she felt that hand clasp on to her wrist, fingers tightening in a way that made her body go slack with fear. This reaction irked her hugely, for she had never been one to be afraid, to be skittish, or any of those other detestable feminine attributes that were encouraged in the etiquette books of her childhood, but after everything that had happened as of late, the instinct to recoil was now almost second nature.