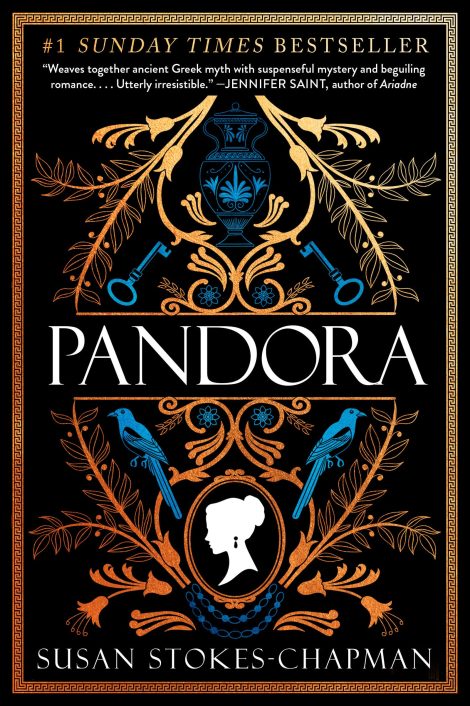 London, 1799. Dora Blake, an aspiring jewelry artist, lives with her odious uncle atop her late parents’ once-famed shop of antiquities. After a mysterious Greek vase is delivered, her uncle begins to act suspiciously, keeping the vase locked in the store’s basement, away from prying eyes–including Dora’s. Intrigued by her uncle’s peculiar behavior, Dora turns to young, ambitious antiquarian scholar Edward Lawrence who eagerly agrees to help. Edward believes the ancient vase is the key that will unlock his academic future; Dora sees it as a chance to establish her own name.

But what Edward discovers about the vase has Dora questioning everything she has believed about her life, her family, and the world as she knows it. As Dora uncovers the truth, she comes to understand that some doors are locked and some mysteries are buried for a reason, while others are closer to the surface than they appear.

A story of myth and mystery, secrets and deception, fate and hope, Pandora is an enchanting work of historical fiction as captivating and evocative as The Song of Achilles, The Essex Serpent, and The Miniaturist. 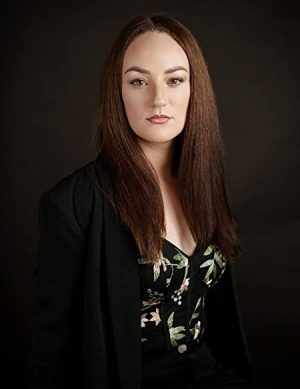 Susan Stokes-Chapman is a writer based in North Wales. She grew up in the Georgian city of Lichfield, before spending four years in the town of Aberystwyth and graduating with a BA in Education and English Literature and an MA in Creative Writing. Her debut novel Pandora was published in the UK in January 2022 and became an instant #1 bestseller; the novel was previously shortlisted for the 2020 Lucy Cavendish Fiction Prize and longlisted for the Bath Novel Award. Twitter: @SStokesChapman, Instagram: sstokeschapman

“A gripping narrative in which secrets from the past are slowly and ingeniously revealed” — Sunday Times, *Historical Fiction Book of the Month*

“Prepare to lift the lid on a lush reimagination of the mythological Pandora. . . . Susan Stokes-Chapman’s atmospheric debut, Pandora, immerses the reader in the dangerous, mysterious world of ancient antiquities with prose that is elegant and teeming with visceral sensory detail. A marvelous debut—imaginative, ambitious, and begging to be savored.” — Sarah Penner, New York Times bestselling author of The Last Apothecary.

“Stokes-Chapman can write fascinating, three-dimensional characters. . . . Extensive research brings the period so much to life you can taste it. . . . Pandora is a readable, solid debut.”  — The Guardian

1. There are a few different versions of the Pandora myth, in terms of how Pandora herself was created – which one are you familiar with?

2. The mistranslation of pithosis usually attributed to the sixteenth-century philosopher Erasmus who, in his Latin account of the story of Pandora, changed the Greek pithos to pyxis, meaning “box”. Did you know this?

3. There is a level of ambiguity in Pandora in regards to the pithos being the real Pandora’s Box. What are your thoughts?

4. In all versions of the myth, due to her curiosity, Pandora opened the vase/box left in her care which contained ‘gifts’ that were then released upon the world. These were noted as Illness, Violence, Deceit, Misery and Want. In what ways were these portrayed within the novel?

5. Following on from the last question, the final ‘gift’ was Hope – how has the author weaved the theme of hope within the novel?

6. In Greek mythology, Zeus had a habit of interfering with those down on Earth, and considered himself almost like a puppeteer orchestrating events behind the scenes. In the novel he takes a bit of a backseat, but he is still very much present. How do you feel he was represented in the novel?

7. How similar is Dora Blake to the original Pandora of ancient myth?

8. Women such as Dora and Lottie Norris had to fight for their voices to be heard. What are your thoughts about women and agency in the Georgian period, and how well did the author represent them in Pandora?

10. Pandora has been described as a visceral book that explores all five senses of Sight, Sound, Touch, Scent and Taste in eighteenth-century London. How well do you feel the novel portrayed them? What parts were especially evocative?

11. The author’s favourite character is Cornelius Ashmole. What characters did you like, and which did you dislike? Did your opinion change about any of them throughout the course of the novel?

12. Edward Lawrence had a traumatic childhood. He suffers the effects of this throughout the novel, but later realises how lucky he has been when considering others from different walks of life who have suffered in different ways. Did this make you consider how people lived in the eighteenth-century and the parallels between then and modern day?

13. Hermes is a magpie, a bird often considered as unlucky. In the novel he is symbolic of many things, including his counterpart in Greek myth – can you think about what those were and discuss?

14. Dora’s parents are only revealed through the memories of other characters. In Dora’s eyes her mother and father were good people, whilst Hezekiah took a different view. Based on this, do you think Hezekiah is a sympathetic character?

15. Matthew Coombe tells Hezekiah that there is a fine line between coincidence and fate – what do you believe?