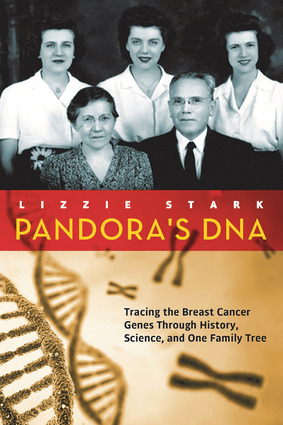 Tracing the Breast Cancer Genes Through History, Science, and One Family Tree

Would you cut out your healthy breasts and ovaries if you thought it might save your life? That’s not a theoretical question for journalist Lizzie Stark’s relatives, who grapple with the horrific legacy of cancer built into the family DNA. The BRCA mutation has robbed most of her female relatives of breasts, ovaries, peace of mind, or life itself.

Would you cut out your healthy breasts and ovaries if you thought it might save your life? That’s not a theoretical question for journalist Lizzie Stark’s relatives, who grapple with the horrific legacy of cancer built into the family DNA. The BRCA mutation has robbed most of her female relatives of breasts, ovaries, peace of mind, or life itself.

In Pandora’s DNA, Stark uses her family’s experience to frame a larger story about the so-called breast cancer genes, exploring the morass of legal quandaries, scientific developments, medical breakthroughs, and ethical concerns that surround the BRCA mutations. She explores topics from the troubling history of prophylactic surgery and the storied origins of the boob job to the landmark Supreme Court decision against Myriad Genetics. Although a genetic test for cancer risk may sound like the height of scientific development, the treatments remain crude and barbaric. Through her own experience, Stark shows what it’s like to live in a brave new world where gazing into the crystal ball of genetics has many unintended consequences. 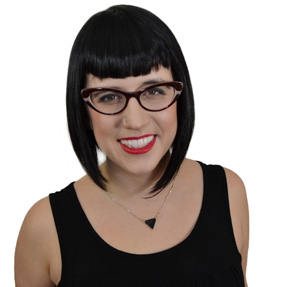 Lizzie Stark is the author of Leaving Mundania and a freelance journalist who has written for io9.com, The Today Show website, Psychology Today, the Daily Beast, and the Philadelphia Inquirer.

“Stark has both fully researched her subject and poured out her heart in this blend of history, science, and memoir . . . Most impressive, she tells her personal story with considerable frankness and flashes of humor.”—Kirkus Reviews

“An extraordinary book, written with passion and compassion, Pandora’s DNA illuminates a new world of science and medicine.”—Siddhartha Mukherjee, author of The Emperor of All Maladies: A Biography of Cancer

1. On page 6, Stark writes, “To me, my family’s level of cancer feels biblical in scope, and this has mediated my personal experiences with the medical system.” In what ways has Stark’s family history affected her treatment?

2. On page 8, Stark quotes a study that showed that less than half of women with a BRCA diagnosis choose mastectomy. Why do you think this is?

3. The book’s title draws a comparison between the BRCA genes and Pandora’s box. One opened, Pandora’s box let the plagues escape into the world; only hope was left in the bottom of the box. In what ways is this a metaphor for the BRCA genes?

5. Do you think the Supreme Court made the right decision in overturning Myriad’s patents on the BRCA genes, but upholding the possibility that cDNA is patentable? Why?

6. One aspect of the BRCA experience for both patients and physicians is the weight of uncertainty—uncertainty about a particular woman’s risk levels and uncertainty due to the imperfect knowledge of medicine. How does this uncertainty impact Stark and her relatives throughout the book?

7. If Cheri had tested positive for a BRCA mutation, there is a good chance she would have had a preventive mastectomy. However, she was not offered testing because she did not have a first-degree relative with breast cancer. At the same time, genetic testing has very complicated emotional repercussions, even for those who, like Stark’s cousin Lisa, test negative, and if it were more widely offered, this psychological stress would affect many more people, likely in unexpected ways. Do you think that genetic testing for BRCA mutations should be available on demand or only for selected populations? Why or why not?

8. People often say that “knowledge is power,” but given the complex repercussions of understanding one has a BRCA mutation—a diagnosis for one person can mean stress for the entire rest of the family—is there also a right not to know?