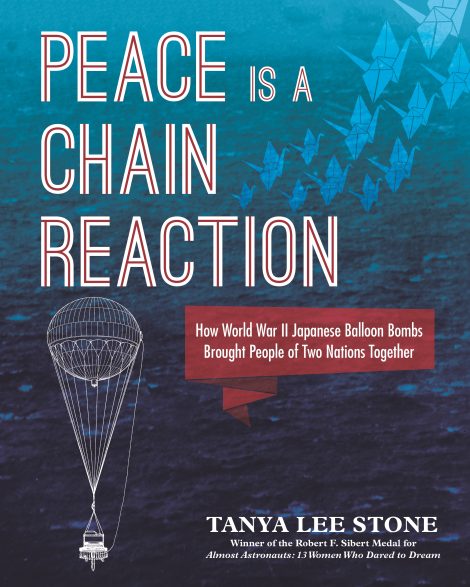 PEACE IS A CHAIN REACTION

Adults wage war, while children are unwitting victims, pulled into a maelstrom of fear and hate without any choice. This is a story about two groups of teenagers on opposite sides of the world, forever connected by an act of war. It is a story about the adults some of those teens became, forever connected by acts of forgiveness, understanding, and peace. And it is a story about one remarkable man, whose heart belonged both to America and Japan, who put that peace and understanding in motion. Panning the camera wide, Tanya Lee Stone lays the global groundwork for the story’s context before zooming in on the lives of the people involved, providing an intimate look at how their changing perspectives impact their actions. Through meticulous research, interviews, and archival photo curation, Stone skillfully weaves all of these stories together, illuminating how, despite the devastating pain and destruction caused by war, peace can be a chain reaction. Extensive back matter includes an author’s note, source notes, bibliography, and index.

From an award-winning author comes a vivid depiction of an act of war from opposing sides of the conflict in World War II—and a rare reconciliation and wish for peace that evolved years later. 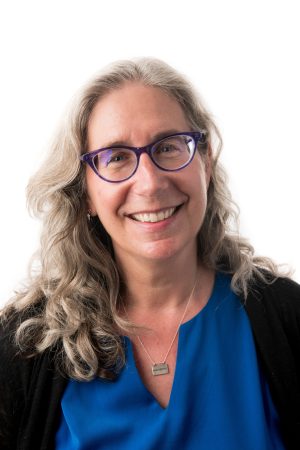 Tanya Lee Stone is best known for telling true stories often missing from our histories. A Sibert Medalist, she has written more than one hundred books, among them the award-winning Almost Astronauts: 13 Women Who Dared to Dream and Courage Has No Color: The True Story of the Triple Nickles, America’s First Black Paratroopers. She first learned about the story at the heart of Peace Is a Chain Reaction while writing Courage Has No Color, but found that larger, complex interconnected stories emerged from her research. “I needed to find a way to weave it all together for that legacy to be more widely felt,” she says. “Developing a sense of all the people involved, through years of immersive research, slowly brought the story into focus.” Tanya Lee Stone is the program director of Champlain College’s professional writing program and lives in Vermont.

“This complicated story includes a large cast of characters, multiple settings, and several shifts in time. It’s a credit to Stone that she fashions them into a cohesive, compelling narrative.”–The Horn Book

“An extraordinary story that brings a new perspective to the human toll of war and the capacity for healing.”–Kirkus Reviews

“This nuanced account of major events in the war between the U.S. and Japan during WWII is one of the few offerings that covers the period from beginning to end. . . This full-circle account is applicable across content areas.” –Booklist (starred review)

1. Japanese descent during World War II? How did the government justify it? Discuss Milton Eisenhower’s claim that the government was “determined to do the job as a democracy should, with real consideration of the people involved” (page 19). Why do you think Eisenhower downplayed the harsh financial impact on those detained, who lost businesses, homes, and possessions?

2. Describe the conditions at Tanforan, Topaz, and Tule Lake. How did life in those places contrast with the life that Yuzuru Takeshita’s family had before? Why do you think the government provided such poor housing and surroundings?

3. Explain your understanding of the concept of Shikata ga nai, translated as “It can’t be helped” (page 31). What are some examples of how those in Tanforan and the incarceration camps tried to make the best of a bad situation?

4. Who were the “No-Nos”? Why did the War Department make those incarcerated in the relocation centers fill out a “loyalty questionnaire” (page 40)? Discuss questions 27 and 28 and how they were tricky to answer. Explain why the Takeshitas answered no to those questions. What were the consequences for them and the others who answered in the same way?

5. Why did Margaret Gunderson and her husband decide to teach at Tule Lake’s Tri-State High School? What was the negative impact on them? How was Margaret Gunderson important to Yuzuru and his fellow students? Why do you think Yuzuru asked her to give him an “American” name?

7. Think about the psychological difference between living in a country far from the battlefront during a war versus living in a country where a war is being fought. How did the American bombing of Japanese cities in 1942 affect the Japanese psychologically? Do you think the balloons that landed in the US similarly affected Americans? Discuss Diane Shoemaker’s statement “The thought of war coming right to our front door never entered any of our minds” (page 102).

8. The citizens of Bly who knew about the balloon, such as telephone operator Cora Mae Jenkins, were told not to discuss it. Why did the government want it kept a secret? Why were local people angry about the lack of information? What effect did the enforced silence have, especially on Cora Mae, at the time and over the years?

9. The War Department forbade newspapers from publishing information about the Japanese balloons in Bly and elsewhere. Why do you think a local editor in Oregon “argued against the censorship” (page 99)? Discuss the tension during wartime between military concerns and the freedom of the press to inform the public.

10. The government deliberately misled the public about the relocation centers. Discuss why Dorothea Lange’s photographs were impounded until after the war and why people in the relocation centers were initially not allowed to have cameras. What is propaganda? Why did the government create propaganda such as upbeat films and photos? What was the point of deceiving the public? Is there an argument for governments to be more transparent during wartime?

School would be out soon. All the fun that summer promised was almost close enough to touch for thirteen-year-old Diane Shoemaker. But on a bright spring day in May 1945, in one swift instant, her world turned dark and dire. Soon instead of dreaming up ways to pass the lazy days ahead, Diane was seething with rage. It was impossible for her to imagine how she would ever feel okay again.

Her brother was gone, his life taken suddenly and violently, and she was gripped by a blinding desire to avenge his senseless death and set the world right again.

She was not alone in this response to her grief. Diane’s cousin shared her anger. Together, the two teens contemplated carrying out a plot to blow up the Tule Lake Relocation Center, in California. Tule Lake, just across the state line, was about an hour’s drive south from their home in Bly, Oregon. At its peak, there were nearly nineteen thousand people of Japanese descent being held there by the American government. The United States, at war with Japan, had decided that people of Japanese descent posed a threat, even though many of them were American citizens. But Diane and her cousin weren’t aware of any of that. They were only imagining the faces of the people they had been taught to think of as the enemy. Tule Lake became the target of their fury.

What terrible tragedy could have caused two young people to feel such despair, such desperation, that they might even consider committing such a heinous crime?

To tell this story, we have to go back about three and a half years, to December 7, 1941. President Franklin Delano Roosevelt called this “a date which will live in infamy.” And indeed, it affected countless millions of people—from the laser focus of Diane Shoemaker and the people in her small corner of the world, to a broad camera angle that encircled the globe. Like the first domino to fall in an infinite chain, what happened on December 7, 1941, triggered events in America that had a ripple effect— not only on the course of World War II but also on entire nations and, in fact, on the very state of our world ever since.

How? Out of the devastation and destruction of World War II came our international peacekeeping organization, the United Nations (which created the Universal Declaration of Human Rights), and the roots of the World Trade Organization, established to help avoid worldwide economic depression—another casualty of war. But we’re getting ahead of ourselves. Here’s how it went down.