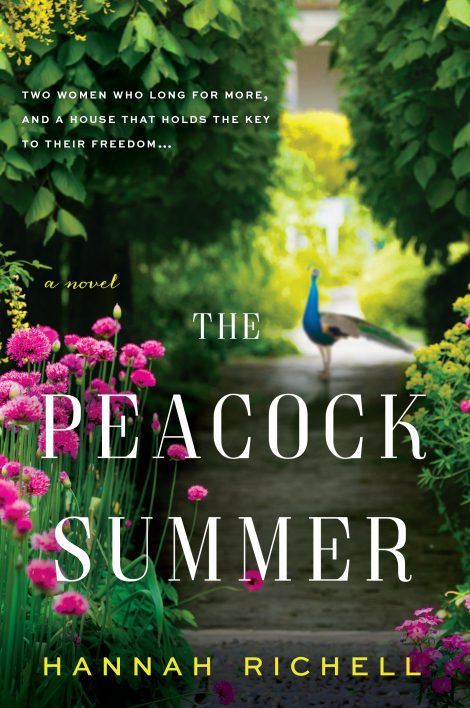 And a house that holds the dark secrets that could free them both.

1955: At twenty-six-years old, Lillian Oberon is young, beautiful, and married to the wealthy and handsome Charles Oberon. She is also the mistress of Cloudesley, a lavish estate. But not long after her nuptials, she begins to feel her marriage is a sham. Like the exquisite objets d’art, curiosities, and treasures her husband collects, she is just another possession captured within the walls of the grand countryside manor.

And a house that holds the dark secrets that could free them both.

1955: At twenty-six-years old, Lillian Oberon is young, beautiful, and married to the wealthy and handsome Charles Oberon. She is also the mistress of Cloudesley, a lavish estate. But not long after her nuptials, she begins to feel her marriage is a sham. Like the exquisite objets d’art, curiosities, and treasures her husband collects, she is just another possession captured within the walls of the grand countryside manor. With a sister and young stepson in her care, Lillian has made peace with her unfulfilling marriage and fate—until a charismatic artist visits for the summer and makes Lillian re-examine the choices she’s made.

The present day: Having abruptly broken off her engagement, Maggie Oberon escapes to Australia, hoping that the distance will make her forget the mess she’s made of her life. But when her beloved grandmother, Lillian, becomes ill, she must return to England and confront the past she ran away from. When she arrives at Cloudesley, she is dismayed to find the once opulent estate crumbling into decay. As Maggie scrambles to find a way to save the old property, she is unprepared to learn the dark secrets that have remained hidden behind the dark halls of Cloudesley. But within these walls also lies the key that could change its legacy—and Maggie’s life—forever. 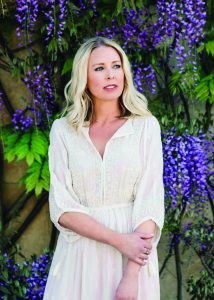 Hannah Richell was born in Kent and spent her childhood years in Buckinghamshire and Canada. After graduating from the University of Nottingham she worked in the book publishing and film industries in both London and Sydney. She is a dual citizen of Great Britain and Australia and currently lives the South West of England with her family. Hannah is the author of international bestsellers Secrets of the Tides (published in the US as The House of Tides) and The Shadow Year. The Peacock Summer is her third novel. Her books have been translated into fourteen languages.

“Even more beguiling than her previous books. Stuffed full of family secrets, it’s a tale of longing and dappled sunlight and the shimmering heat of lust. Exquisite, glamorous and breath-holdingly plotted.” — Veronica Henry

“A rich, evocative and very moving piece of writing. The story drew me in and kept me immersed right to the final pages.” — Katherine Webb

1. Some of the strongest ties in the novel, Lillian’s connections with Albie and Maggie, are relationships between family members not actually related by blood. What might Richell be saying about family bonds?

2. Do you think that Albie had a shot at a healthy adult life after the losses he suffered as a child? Can his treatment of Maggie be forgiven, or if not forgiven, then understood?

3. How does Maggie’s understanding of her father and grandfather change over the course of the novel? Do you think her discovery of the secret room gives her any closure about the past?

4. Art plays a major role in the novel—as a business for Charles and a calling for Jack. What does the difference in the two men’s relationship to art show us about their respective characters?

5. How does the specter of the Second World War hang over Cloudesley and the surrounding village in the 1950s?

6. Was Gus’s family right to shun Maggie after she left for Australia? What do you think helps to bring them to an understanding of her motives?

7. What is the symbolism of the peacock, and why might Jack have used the creature in his artwork?

8. Do you think Lillian actually had the option to leave Charles for Jack? What might you have done in her shoes?

9. How does Cloudseley serve as a character in the novel? Have you ever felt a deep connection to a house?

10. Do you have any sympathy for Charles by the novel’s end? Why or why not?

11. What kind of resolution does the novel’s ending provide? What do you think is next for Maggie?

How would you describe The Peacock Summer in your own words?

The Peacock Summer is a novel of two summers and two women, connected by family ties and the secrets hidden inside the locked room of a fading English manor house. It is, I hope, a compelling and emotional read for anyone who loves stories with romance and mystery at their heart.

What inspired you to write a novel with a work of art at its center?

Whilst procrastinating on the Internet, I stumbled upon an intriguing slice of history. In the late 1800s, an American businessman living in London commissioned a famous artist, James McNeil Whistler, to come to his town house and paint an entire room with floor to ceiling murals. The businessman intended for the room to be a real show-stopper and a talking point amongst his influential society friends. Once the artist had finished the room, the two men fell out rather publicly. It was acknowledged their spat was over money, but whispers abounded of an affair between the artist and his patron’s wife. It was this small detail of the possible affair between artist and wife that captured my attention and sparked the idea for the novel . . . though the rest is a complete flight of imagination.

Why peacocks? Do you have a special connection to them?

The peacock image was a key image in the real life “Whistler” room that I mention above. The more I thought about peacocks, the more I realized how perfectly they fitted with some of the themes woven into my own fictional story: vanity, pride, beauty and that show-stopping moment when something is revealed in all its glory. I knew they had to be a central image in the book.

I would love to visit an old house like Cloudesley – perhaps stay for a long weekend and pretend to be “lady of the manor;” but the reality of owning or caretaking an estate of such size and grandeur seems a heavy responsibility. I think, like my character Maggie, it would cause me some sleepless nights!

Which storyline was easier to write – the past or the present?

I assumed I would find the contemporary storyline the easier to write, being closer to my own age and experience, but I found the more time I spent with Lillian in the 1950s, the more affection I held for her and her story. At the time of writing the novel, I identified closely with her feelings of loneliness and longing.

What was the most challenging thing about writing The Peacock Summer?

My husband died very suddenly while I was halfway through writing the first draft of The Peacock Summer. I was overwhelmed with shock and grief. It took me a long time to get back to my writing and rediscover the ability to immerse myself in a fictional world. Though, once I had, the writing process became a sort of release and therapy in itself. The novel isn’t about what happened to my family, but I can see now, on reflection, that a lot of what preoccupied my thoughts at that time is gently woven through the novel in the themes of longing, loss, creative frustration, love and hope.

What does a typical writer’s day look like for you? Do you have certain rituals whilst writing?

I juggle my writing around my children. When they are at school – or in bed – I work. This one was written at the kitchen table and fueled by a lot of coffee. I don’t have any set rituals, though I do like to write to quiet music. I find the soundtracks to movies particularly inspiring and helpful when trying to evoke a mood.

Is there anything you have in common with your characters?

I do identify with both of my lead female characters. I grew up in the Chiltern Hills and enjoyed revisiting my memories of the area in my story. Maggie’s story opens in Sydney, a city I also know and love from having lived there for twelve years. Both women have difficult choices to make and must juggle and balance the needs of the people they love with their own desires and needs, resulting in a certain amount of personal sacrifice. I think most women – particularly mothers – can relate to this feeling.

What is your favorite place for reading?

My favorite place to read is snuggled up with my kids on their beds at the end of the day. It doesn’t matter how busy the hours before have been, it always brings such a wonderful sense of peace and connection.