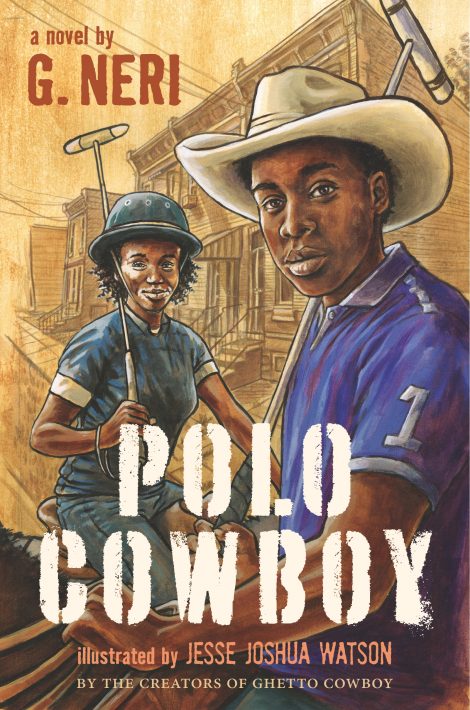 When Cole moves in with his dad, Harp, he thinks life will be sweet—just him and his horse, Boo, hanging out with Philadelphia’s urban cowboys. But when Harp says he has to get a job, Cole winds up as a stable hand for the polo team at George Washington Military Academy, where the players are rich, white, and stuck-up—all except Ruthie, the team’s first and only girl, who’s determined to show the others she can beat them at their own game. As Cole and Ruthie become friends—and maybe more—he starts imagining his future, maybe even at the academy. But between long workdays,

When Cole moves in with his dad, Harp, he thinks life will be sweet—just him and his horse, Boo, hanging out with Philadelphia’s urban cowboys. But when Harp says he has to get a job, Cole winds up as a stable hand for the polo team at George Washington Military Academy, where the players are rich, white, and stuck-up—all except Ruthie, the team’s first and only girl, who’s determined to show the others she can beat them at their own game. As Cole and Ruthie become friends—and maybe more—he starts imagining his future, maybe even at the academy. But between long workdays, arrogant polo players, and a cousin trying to pull Cole into his dangerous business, that future seems remote. Will Cole find the courage to stand and be seen in a world determined to keep him out? With striking illustrations by Jesse Joshua Watson, celebrated author G. Neri’s novel weaves themes of tenacity and community into a rousing sports story inspired by Philadelphia’s real-life urban cowboys and polo players. 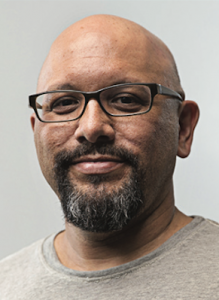 G. Neri is the author of the Coretta Scott King Author Award Honor Book Yummy: The Last Days of a Southside Shorty along with many other books for young readers, including Ghetto Cowboy; Hello, I’m Johnny Cash; and When Paul Met Artie: The Story of Simon and Garfunkel. His books have been translated into multiple languages in more than twenty-five countries. He lives with his family on the Gulf Coast of Florida. 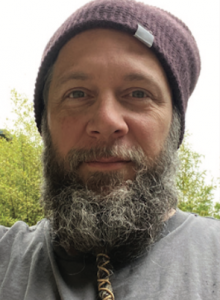 Jesse Joshua Watson is the illustrator of many books for young readers, including the New York Times best-selling Hank Zipzer series, written by Henry Winkler and Lin Oliver, and Ghetto Cowboy and Chess Rumble, both written by G. Neri. He lives with his wife and sons in Washington.

“With black-and-white sketches and plenty of polo play-by-play, this is both thoughtful and entertaining.”-Booklist

“Neri gives readers a look into another type of equestrian life while maintaining the tone and style readers appreciated in Cole’s cowboy journey. . . A skillful sequel that adds new layers to a coming-of-age story.”-Kirkus Reviews

“Polo and cowboys come together, with a main character who will leap off the page and into readers’ hearts, in this moving story of growing up and grit.”–School Library Journal (starred review)

“This sequel to Ghetto Cowboy (Candlewick 2011), itself the inspiration for Netflix’s Concrete Cowboy series, is sure to be a hit with middle school students and teachers, especially those looking for a heartwarming story about grit and staying true to yourself.”-School Library Connection

“The novel is enhanced by vibrant black-and-white illustrations by Jesse Joshua Watson. Neri skillfully weaves together the evolution of Cole and Ruthie’s friendship into a tentative romance, Cole’s changing relationship with Harper and several exciting throwdowns on and off the polo field for a satisfying story for young readers. . . . seems ready-made for a movie sequel, too.”-The Miami Herald

2. On page 87, Ruthie says, “They might be looking, but they aren’t seeing. I want you to see.” Can you look at someone and not see them? What does Cole finally see?

3. What do people see when they look at you? What is something that you wish people could see about you?

4. Using evidence from the text, describe Cole’s school. Is your school similar or different? How?

7. Smush says that Harp has too many rules. Why do you think Harp has those rules?

10. What does it mean to make something of yourself? Does that look the same for everyone?

11. Cole is offered a polo scholarship to George Washington Military Academy. Do you think he should take it? Why or why not?

12. Do you think the positive response to the polo team at North will open the door for other extracurricular activities? What impact do you think it will have on the students in the long run?

13. Do you think Smush would have stayed in school if North had a polo team when he was there?

14. At the end of the book, Cole’s mom says she has a job interview in Philly. Do you think Cole, Harp, and Cole’s mom will be a family again like Cole suggested in the beginning?

15. The story is inspired by the only African American polo team in the US, which plays in Philly. Why is it important for people to know about them? How might this story inspire others?

16. Smush is very protective of Cole. Why do you think he acts this way?

17. When Smush dies, his family doesn’t have a funeral. Why do you think they refuse to have one? What do you think of their choice?

18. Why do the players on the polo team at North call themselves the Misfits?

19. On page 124, Ruthie says, “When you get good, ponies will follow your lead when you just look or think something. Like mind-melding—use your brain, and they pick up on your thoughts.” Do you think the horses can read the players’ minds? Why is it important to mind-meld with the horse when you play polo?

Mama is fuming. “Say that again.”

I swallow and take a deep breath. “I ain’t goin’ back to Detroit.”

Five minutes ago, we was celebrating. I almost beat Harper in our first horse race—even though I’m pretty sure he let me get that close. Mama’s here visiting, and we was being all family-like again, laughing and telling jokes at the Speedway in the middle of the biggest nature park in Philadelphia.

It was a great day. But then she asked me when I was gonna come back home again.

Ever since I came back to Philly to stay with my dad for the summer, I only felt one thing: This my home now. Where my horse, Boo, is. Where the fellas is. Where our stable, the Ritz-Carlton, is. The Ritz may have been just a run-down garage before, but to us, this barn is like the fanciest hotel in the neighborhood—the place to be and be seen—so that’s why we call it that. It’s my real home. Not Detroit, where Mama lives.

I didn’t wanna say that out loud, but she kept asking. Now I swear her eyes is gonna drill a hole through my head.

“You the one who brung me here in the first place,” I say to her stare.

It was only a year or so ago, so I know she remembers. Who forgets ditching their boy on the doorstep of a daddy he’s never met?

She sighs. “I thought we had a deal. Summers here, school year back in Detroit.”

Deal, schmeal. “I wanna go to school with my friends here, in Philly.”

That’s not exactly true. Most my friends is cowboys or small kids who come to the stables to learn. So I confess the real reason: “Besides, Boo needs me.”

“Then move back to Philly,” I say. “You gettin’ along with Harp now. Why can’t we be a family again? In Philly.”

I can tell that knocks her for a loop. “Life don’t work that way, Cole. I can’t just pick up and leave my life behind. I got a job, responsibilities. I can’t just go back to a relationship that’s been dead all these years. It’s not that easy.”

I don’t wanna hurt her feelings. But truth is, I am happier here, and she knows it.

We stand there for a long time, thinking what to say next. Boo is eating grass behind me. Harper, my dad (even though I don’t like to call him that), is on his horse, waiting for us to leave. I don’t want Mama to go, but standing here just makes it harder to say goodbye.

“What about your future?” she asks.

She sighs. “World’s a tough place, Cole. Ain’t got no room for young black men. You gonna end up like your cousin Smush or make something of yourself ?”

I look over at Smush, who’s rolling dice on the basketball court. He’s a dropout and sometimes corner boy who always finding trouble, even when he’s helping out.

Then I look at Harp and the other horsemen getting ready to ride back to the neighborhood. “What’s wrong with bein’ a cowboy?”

She almost laughs. “Being a cowboy isn’t a job. Plus, it’ll suck up any money you do manage to make. Just ask your dad. Your only hope is to find a way to college.”

College? “Why I gotta be thinkin’ about college? I’m only fourteen. What’s that gotta do with stayin’ here?”

I stare at the ground for the longest time, trying to find the words. I wanna tell her I love her, that this ain’t got nothing to do with the past.

Instead what comes out is “Maybe, but I still wanna stay in Philly.”

Then she laughs, but not in a funny way. “You just like your daddy. Love that horse more than me.”

She turns to leave, and it feels like she just put a knife in my back. “Wait,” I say.

She stops, shakes her head. I grab her from behind. She sighs and pulls me into a bear hug till I can’t breathe. “I love you too,” she says.

Then she walks away before we both lose it.