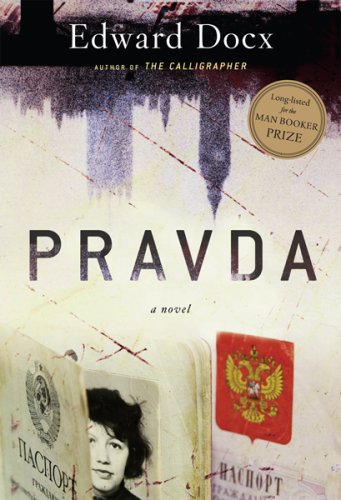 Thirty-two-year-old Gabriel Glover arrives in St. Petersburg to find his mother dead in her apartment. Reeling from grief, Gabriel and his twin sister, Isabella, arrange the funeral without contacting their father, Nicholas, a brilliant and manipulative libertine. Unknown to the twins, their mother had long ago abandoned a son, Arkady, a pitiless Russian predator now determined to claim his birthright. Aided by an ex-seminarian whose heroin addiction is destroying him, Arkady sets out to find the siblings and uncover the dark secret hidden from them their entire lives.

Thirty-two-year-old Gabriel Glover arrives in St. Petersburg to find his mother dead in her apartment. Reeling from grief, Gabriel and his twin sister, Isabella, arrange the funeral without contacting their father, Nicholas, a brilliant and manipulative libertine. Unknown to the twins, their mother had long ago abandoned a son, Arkady, a pitiless Russian predator now determined to claim his birthright. Aided by an ex-seminarian whose heroin addiction is destroying him, Arkady sets out to find the siblings and uncover the dark secret hidden from them their entire lives.

Winner of the Geoffrey Faber Memorial Prize and long-listed for the Man Booker Prize, Pravda is a darkly funny, compulsively readable, and hauntingly beautiful chronicle of discovery and loss, love and loyalty, and the destructive legacy of deceit.

Edward Docx is the author of the acclaimed The Calligrapher, which was named a San Francisco Chronicle Best Book of the Year. He was a Sunday columnist and arts editor for national newspapers in the UK. Now a full-time writer, he still contributes to British and American newspapers and appears frequently as a cultural critic on television and radio.

Long-listed for the 2007 Man Booker Prize

“As in his previous book, the final twist is a stunner, both totally unexpected and carefully prepared for. Longlisted for the 2007 Man Booker Prize, and with good reason: well written, vigorously plotted and perceptive about human nature.” —Kirkus Reviews (starred)

“Engrossing …Docx’s story has a pleasing vitality, and the strands of it set in St Petersburg are particularly compelling. This is a solid novel.” —Daily Telegraph UK

“Edward Docx may well be remembered for creating the Anglo-Russian family Novel…. I was genuinely amazed by the detail of Docx’s St. Petersburg: its streets, canals, yards and back-street life. He does not just provide a realistic description of the city, but also allows the reader to experience it, with all its beauty and cruelty, similar to the style of Dostoevsky. All of Docx’s St. Petersburg characters are believable, as are Gabriel’s friends and acquaintances.”
—The Financial Times Magazine UK

“From the beginning Docx’s novel is uncompromisingly heartfelt. What mostly saves it from being overblown is the intellectual ballast that accompanies the emotional truth telling, and recognition that of equal importance are complexly realised characters and a plot with solid momentum.” —The Sunday Times UK

The often quoted line from Shakespeare’s Romeo & Juliet, “What’s in a name? That which we call a rose / By any other name would smell as sweet,” might seem emblematic of many of the themes of identity in Pravda. For example, when Nicholas remembers his wife as “Maria, Masha, Mashka, Marushya,” is he thinking of someone whose true identity surpassed definition, or someone who was a composite of many names, many cultures?

What do you think of Nicholas’s conception of love and attraction, and fidelity? (Do you think his ballet metaphor is helpful in understanding love?) Would you agree that there are different kinds of love, and that Nicholas had attained a kind of enlightenment by not repressing his conflicting (or complementary) attachments? How do you think Nicholas’s children regard his view on these matters?

Do you think Gabriel believes himself to be like his father or his grandfather? Do you think he confronts his own infidelities because of them, or despite their influence? Is he influenced by lessons from his mother in this regard?

Although their lives are superficially different, Henry and Gabriel are each struggling to attain a kind of purity of the soul. (And of the body, perhaps.) Does each succeed? What do you think of Henry’s final actions?

Part Three begins with an epigraph, the famous lines from Marx “All that is solid melts into air, all that is holy is profaned …” How do these lines underscore the futility of our modern era, as experienced by Gabriel in his work with Self Help? How do they describe the familial quest at the heart of the novel? Why do you think the author chose this particular quote?

At the end of the novel, why do you think Isabella chooses to sponsor Arkady regardless of her assessment of his talent? Do you agree with her decision?

Do you think Arkady’s lifelong illegitimacy is vindicated, at the end of the novel, by his piano skills? Or does the novel discourage a straightforward sense of identity, legitimacy, or entitlement in each of Maria’s children?

As they are packing up Gabriel’s things, Isabella muses over her mother’s inscriptions in War and Peace. To Gabriel, Maria wrote, “…Life is all there is – it seems obvious enough but you will be amazed at how many people forget. And for Tolstoy, as for his Pierre Bezuhov, the only duty is to life itself: ‘Life is everything. Life is God.’ Even in the fever of our wars and the squandering of our peace. Happy Birthday! Again! Love, mum.’  But to Isabella she wrote, “The one thing necessary, in life as in art, is to tell the truth.” Do her two inscriptions promote two different life philosophies, and are they in conflict with each other throughout the novel?

Arkady is presented as a crude and scornful character, and yet he seems cognizant of his mother’s emotional detachment in their only meeting. How would you have handled such a reunion?

Are Isabella and Gabriel forced to become more mature adults when confronting the lives of their parents?

How are the titles of the novel’s periodicals emblematic of its main themes? What title would you have given the novel?