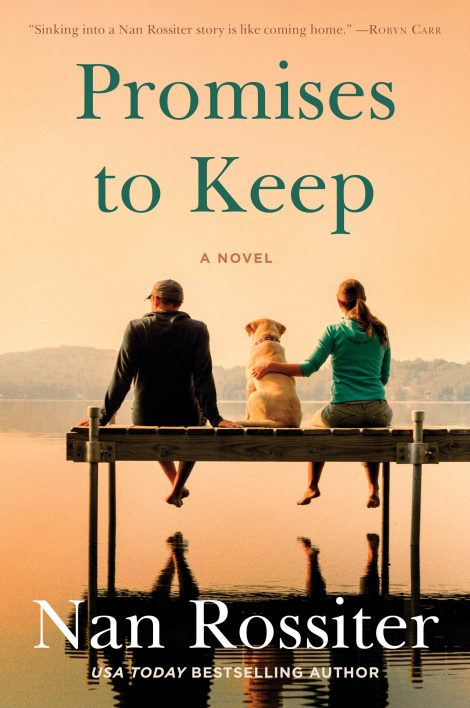 In this heartwarming sequel to Promises of the Heart in the Savannah Skies series, USA Today bestselling author Nan Rossiter returns to Tybee Island off the Georgia coast to focus on beloved characters Maeve and Gage as their relationship is tested by secrets they are keeping from each other.

Thirty-four-year-old Maeve Lindstrom loves her job at Willow Pond Senior Care. Her older sister Macey thinks Maeve is the only human being on earth who can make working in a nursing home sound like fun. Maeve enjoys being around the sundowners, as she calls them,

In this heartwarming sequel to Promises of the Heart in the Savannah Skies series, USA Today bestselling author Nan Rossiter returns to Tybee Island off the Georgia coast to focus on beloved characters Maeve and Gage as their relationship is tested by secrets they are keeping from each other.

Thirty-four-year-old Maeve Lindstrom loves her job at Willow Pond Senior Care. Her older sister Macey thinks Maeve is the only human being on earth who can make working in a nursing home sound like fun. Maeve enjoys being around the sundowners, as she calls them, helping them navigate their senior years—brightening a time that can be, all too often, a lonely, sad stage of life.

Thirty-three-year-old Gage Tennyson—who brings his mischievous yellow Lab, Gus, to whatever restoration job he is working on with Macey’s husband, Ben—loves Maeve with all his heart. He’s a handsome country boy and a true southern gentleman. But as he and Maeve grow closer, they both sense that they haven’t been completely forthcoming about their pasts.

When Maeve realizes Gage might be planning to propose, she knows she must finally be honest with everyone she holds dear. She can no longer live with the secret she’s been dragging around like an anchor, and she knows the only way she will be free to build a lifetime relationship with Gage is to risk everything—including his (and her family’s) love and respect. Before she finds the courage, however, her past comes careening into her life in a shocking and unexpected way. 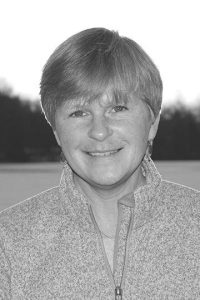 Nan Rossiter is the award-winning and bestselling author of seven novels, including The Gin & Chowder Club. Nan lives in Connecticut with her husband, Bruce, and a noble black Lab named Finn. They are the parents of two handsome sons who have decided to grow up and strike out on life journeys of their own. When she’s not working, Nan enjoys hiking or curling up with a good book.

“Promises to Keep is comfort reading for sure but it’s a story with an important message too. This particular story deals with regret, missed opportunities, forgiveness, acceptance and inclusion. I thoroughly enjoyed it and can’t wait for her next book.” — Book Chatter

“Book two in the Savannah Skies Series by Nan Rossiter has given us a superb continuation of the life and times of the Lindstrom sisters. Promises To Keep is filled with love, faith, family, and kindness. Adding in the rambunctious antics of a loveable pup and well, you have a sweet read perfect for a lazy Sunday afternoon. “ — KT Book Reviews

1. Maeve and Gage have both kept long-held secrets about events that have shaped their lives, and even though they happened long ago, Maeve feels their unwillingness to be forthcoming with each other has put a wall between them. Why does she feel this way?

2. Gage stoically internalize his heartaches. How does this affect his outlook on life and his ability to move forward?

3. Mason seems unwilling to commit to a promise his mom wants him to keep. Why is this? When did you figure out what the promise is?

4. Maeve has a wonderfully upbeat personality that all the old folks at Willow Pond seem to love. How do they respond to her? Who is your favorite character there and why?

5. How does the death of the fox foreshadow the future?

6. Gage is very angry when he learns about Mason. Is his reaction justified or over the top?

7. Gage and Mason both deal with the pending loss of a parent. How do their responses differ?

8. When Mason loses his mom, his grief is overwhelming. When Gage loses his dad, he feels numb and empty. Why do you think this is? How do they each come to terms with their loss and move on? In what way(s) does Mason honor his mom?

9. Maeve is crushed when Gage breaks off their relationship. She prays for guidance. How does she receive it? Have you ever received God’sguidance through a friend or mentor?

10. Gage finishes his pencil drawing of his grandfather (Dutch) and enters it in a contest. How does this symbolize his willingness to take a chance as well as the resiliency of human nature? How does the resulting opportunity show that life often comes full circle?

11. When Gage and Maeve head home after the funeral, they stop in amazement and wonder to watch the cows standing solemnly under the ancient oak tree. Do you think the animals understand what has happened?

12. Throughout the book, many promises are made and kept. What are some of them?

BALANCING A TRAY OF LEMONADE AND WARM SUGAR COOKIES, MAEVE Lindstrom stepped onto the wide front porch of the old farmhouse that had, in its heyday, been home to one of Savannah’s most prominent families. But when the last Atherton—a daughter of whispered ancestry—suffered an untimely death under questionable circumstances, the house, which was already in a steady decline, accelerated that decline into utter disrepair. It was years before the abandoned property was purchased by a wealthy anonymous buyer, but it continued to sit empty, and except for the sounds of squabbling raccoons running down the halls, and bullfrogs plucking on loose banjo strings, eerily silent. Finally, after several more years of neglect, a young company that specialized in designing alternative living spaces for seniors saw its potential, bought it at auction, and began the lengthy process of restoration and repurposing. Ben Samuelson and his crew, when they worked on it, jokingly called it “A Place for Dad,” but when the beautifully carved wooden sign was installed, its official name became known: WILLOW POND SENIOR CARE; and the advertising campaign that followed caught everyone’s attention. The hip, young marketing team—a group of tech-savvy millennials—knew just how to target their audience. After all, they’d been promoting state-of-the-art facilities up and down the East Coast for several years by then, and with the baby boomer generation only getting older, homes for seniors were becoming a booming market. They used words like private, bright, airy, family setting, plow-to-plate dining, on-site cafés, individualized professional care, and free Wi-Fi, and with high-resolution JPEGs to match, their campaigns resulted in long waiting lists, even before online applications were available.

“Here you go, ladies and gents,” Maeve announced, as she navigated the long line of walkers and canes. Willow Pond was one of the few facilities the group opened that didn’t have an on-site café, but it did have Maeve, who, with her friendly smile, sprinkle of cinnamon freckles, and copper-red hair, was a ray of sunshine and a blessing to everyone who met her. It also had Tallulah, an affectionate orange tiger cat who swished between chair legs, stretched out in sunny spots, and when she seemed to sense a lonely soul, curled up on the owner’s lap. Willow Pond had the slow, easy, low-country charm to which its residents were accustomed . . . and it had fresh-baked cookies every afternoon.

Ninety-three-year-old Adeline Hart, who preferred to be called “Addie,” was not a baby boomer but a proud member of the Greatest Generation—and parent of the two baby boomers who’d convinced her she’d be happy at Willow Pond. Addie looked up with a start, and then tried to hide the fact that she’d dozed off. “Well, bless your heart. We thought you got lost, dear,” she said in her soft Southern drawl.

Maeve held out her tray. “I didn’t get lost, Miss Addie.”

Gladys Warren, who was sitting next to her, cupped her gnarled hand behind her ear. “Who’s lost?” she asked, frowning.

“I don’t know where the maid is. She probably ran off with that handsome beau of hers. Have you seen that boy?” she added with raised eyebrows. “He is a catch!”

Maeve bit her lip, trying not to laugh. “Gladys,” she said, more loudly this time, “I didn’t ask where the maid is. I asked where your hearing aids are.”

Gladys touched her ears and then scrunched her face into a scowl. “I don’t know where the damn things are. Somebody musta taken ’em . . . again!”

Maeve didn’t argue—she knew it was late in the day. The setting sun was making the old willow tree near the pond cast a long wispy shadow across the lawn, and it was making long confusing shadows cross the minds of some of the seniors. Maeve affectionately referred to her charges as “the Sundowners’ Club,” and lately, it seemed as if only Addie, Aristides, and the Olivetti twins didn’t suffer the memory-stealing effects of the setting sun.

Addie reached for a cookie. “How come you’re bringing our snack today, child?”

Maeve smiled, appreciating Addie’s moniker for her—it made her feel younger than her thirty-five years, and it softened the blow of her self-imposed status as old maid. “Pam had to leave early. Her kids are in a play.”

“Oooh, I loved being in school plays,” Addie mused, her mind taking a turn down memory lane. “Did I ever tell you that’s how I met my Theodore?”

“I don’t think so,” Maeve lied. She loved when the residents regaled her with their favorite old stories, even if she’d heard them before. It made them happy and it made her smile, and besides, she’d recently read an article touting the mental health benefits of sharing one’s past.