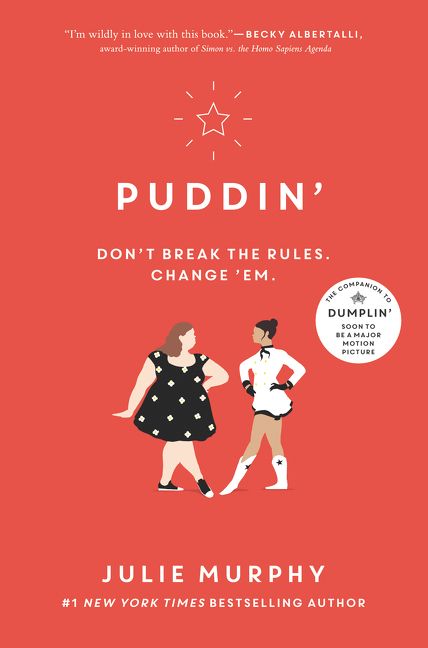 The irresistible companion to the #1 New York Times bestseller Dumplin’, soon to be a major motion picture starring Danielle Macdonald and Jennifer Aniston!

Millie Michalchuk has gone to fat camp every year since she was a little girl. Not this year. This year she has new plans to chase her secret dream of being a newscaster—and to kiss the boy she’s crushing on.

Callie Reyes is the pretty girl who is next in line for dance team captain and has the popular boyfriend. But when it comes to other girls,

The irresistible companion to the #1 New York Times bestseller Dumplin’, soon to be a major motion picture starring Danielle Macdonald and Jennifer Aniston!

Millie Michalchuk has gone to fat camp every year since she was a little girl. Not this year. This year she has new plans to chase her secret dream of being a newscaster—and to kiss the boy she’s crushing on.

Callie Reyes is the pretty girl who is next in line for dance team captain and has the popular boyfriend. But when it comes to other girls, she’s more frenemy than friend.

When circumstances bring the girls together over the course of a semester, they surprise everyone (especially themselves) by realizing that they might have more in common than they ever imagined.

A story about unexpected friendship, romance, and Texas-size girl power, this is another winner from Julie Murphy. 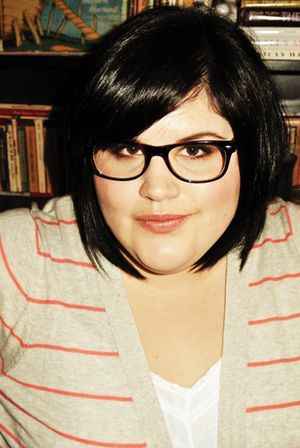 Julie Murphy is the #1 New York Times bestselling author of Dumplin’, Puddin’, Ramona Blue, and Side Effects May Vary. She lives in North Texas with her husband who loves her, her dog who adores her, and her cats who tolerate her. When she’s not writing, she can be found reading, traveling, or hunting down the perfect slice of pizza. Before writing full time, she held numerous jobs, such as wedding dress consultant, failed barista, and, ultimately, librarian.

“Julie Murphy has created the platonic love story of a lifetime. I am wildly in love with Puddin’.”—Becky Albertalli, award-winning author of Simon vs the Homo Sapiens Agenda

1.“And no one cares who was there as long as someone pays the price.” –Melissa (p128). Why do Melissa and the Shamrocks let Callie take the blame for their actions? Would Callie have done the same thing in their position, and why do you think so? Do you think that Melissa’s statement above is true, or do you disagree? What are the consequences of allowing Callie to be the scapegoat for the actions of the entire team, both for her and for the Shamrocks? Does Callie deserve what happens to her? Why or why not?

3.“Every time you say some rude, biting thing, it’s a choice you’re making. And you don’t have to make that choice.” –Millie (p204).What are some of the significant choices that each character makes throughout the novel? Do you agree with the choices you see each character making? Are there times when Millie and Callie feel like they don’t have a choice, and how does that challenge them? Do you agree with Millie’s statement about making choices? How do you think it applies to your own life?

4.“If you only love what comes easy for you, you’ll find you don’t have much to love. Work for it, girl.” –Abuela (p285). Why do you think Abuela gives Callie this advice, and what does she mean by it? Why does Callie struggle to find interests and activities outside of the Shamrocks? What are the things in her life that she is willing to work for? In your own life, what are the things that you love versus the things you have to work for? Do you agree with Abuela’s advice?

5.“Stories change hearts and then hearts change the world.” –Malik (p311). “Maybe it’s too much effort to change the world. Maybe the only way to survive is to change myself.” –Millie (p356). How do Malik and Millie’s statements about changing the world reveal their perspectives and character development? Do you agree with either of them? Why or why not? What do you think each one wants to change about the world, and why? How would you want to change the world?

6. “Guess I wish someone would’ve given me a second chance at that age.” –Vernon (p342).Do you agree with Vernon that Callie deserves a second chance? Does Callie make the most of the second chances she is given? Who are some of the other characters in the novel who make mistakes, and do you think they deserve second chances? Can you think of a time in your own life when you were given a second chance, and how did you respond?

7. “If I’ve learned anything, it’s that you can’t force someone into being your friend.” –Millie (p373). How does Millie and Callie’s friendship grow and change over the course of the novel? What does each girl learn about friendship, not just from each other, but from other characters like Amanda, Melissa, Malik, and Mitch? Do you think Millie and Callie will still be friends in college, or after? What have you learned about friendship in your own life?

8. “But whose rules are you even following?” –Malik (p377). Why does Malik challenge Millie about following rules? Do you identify more with Millie’s approach to rules, or with Callie’s? What are some of the rules, either explicit or unwritten, that Millie and her friends follow or try to break? What are some of the rules that guide your ow n b e h av i o r a n d choices? How would you answer Malik’s question for yourself?

9. “What’s not impressive is our budget…our football team is allotted a budget twelve times the size of ours.” –Callie (p422). Why do you think there is such a disparity between the resources given to the football team versus the dance team? Do you think it’s fair that male and female athletes have different resources? If you were on the Shamrocks, how do you think you would react to losing your funding? Can you think of examples at your own school where some programs have more or less than others? If you were in charge of school resources, what would you do to make sure they were fairly distributed?

10.“I’m constantly left to wonder if the people we are online will ever materialize in real life.” –Millie (p62). What roles do social media and technology play in Millie’s life, and in the lives of her friends? How do Millie and Callie use their phones to connect with others, and what are the benefits or drawbacks of this? How does Callie respond to losing her phone privileges, and why do you think she takes the loss so seriously? Do you and your friends use phones and online communication in ways similar or different to Millie and Callie? What role does your own phone play in your social life?

Did you always know you wanted to write a companion to Dumplin’?

Actually, I was just doing a massive re-organization of my inbox and saw the email I sent to my agent about wanting to continue in the Dumplin’ world. I sent that email about a month after turning in my final draft of Dumplin’, so I had this nagging feeling almost immediately that I had more stories to tell in Clover City, especially after surprising myself with how much I loved writing Millie.

Your novels include strong messages of girl power, body positivity, inclusion, and acceptance. What inspires you to write such empowering stories?

I am constantly inspired by the women in my life and their fortitude in the face of adversity. Not only does their strength inspire me, but so does their kindness, humility, and vulnerability. I also have a soft spot for prickly girls and girls who break the mold of what we expect femininity to be. And lastly, while living in a fat body isn’t always easy, it’s inspired my work in many ways and has given me the chance to view the world through a very specific lens. Writing from that perspective has given me the opportunity to find people who resonate with that experience, and in the end, that inspires me even more.

How does your past work as a librarian influence your writing?

I loved working in the library field and would return in a heartbeat if I ever needed to. I was lucky to spend a lot of my time working with teens, building YA collections, and designing teen programming. I’d already loved reading YA, but working with my teens solidified my choice to write YA.

What do you hope teens take away from your novels?

I spent so much of my teen years hunting for anything that made me feel less alone—and I still do that—so I think that will always be my ultimate goal. I want to create fiction that feels genuine and authentic and reflects actual experiences. But I also think there’s something to be said for reading things that don’t reflect your experience, so for as much as I want teens to see themselves in my work, I also hope that my work might expose some teens (and adults!) to a different reality than their own. The best books breed both compassion and camaraderie.

What are you working on next?

I am so thrilled to say that I am writing my first middle grade novel! I am so excited and it has been such a blast so far. I