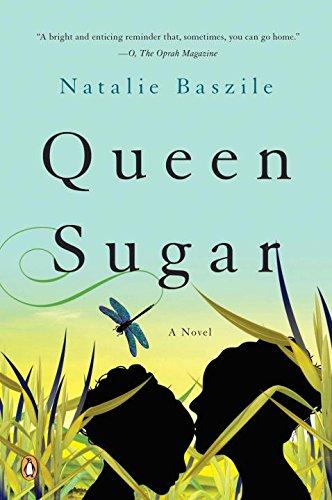 Charley Bordelon is a widowed single mother who is just barely scraping by, teaching art to inner city kids and living in a dilapidated rented bungalow in Los Angeles. But when she discovers that her late father has left her an 800-acre sugar cane plantation in rural Louisiana, she suddenly sees a chance to steer her life back on course. No one in the family had any idea that Ernest Bordelon sold everything he had in order to secure a cane farm outside his tiny hometown of Saint Josephine, and certainly no clue as to why. With nothing left to lose,

Charley Bordelon is a widowed single mother who is just barely scraping by, teaching art to inner city kids and living in a dilapidated rented bungalow in Los Angeles. But when she discovers that her late father has left her an 800-acre sugar cane plantation in rural Louisiana, she suddenly sees a chance to steer her life back on course. No one in the family had any idea that Ernest Bordelon sold everything he had in order to secure a cane farm outside his tiny hometown of Saint Josephine, and certainly no clue as to why. With nothing left to lose, Charley decides to honor her father’s wishes and heads south to start her new life as a sugar cane farmer. So begins Queen Sugar, the debut novel from Natalie Baszile that charts Charley’s successes and struggles as a novice farmer, as a dedicated mother and a grieving daughter, and as an African American woman in the Deep South.

Once in Louisiana, Charley and her eleven-year-old daughter Micah take up residence in the home of Miss Honey, Charley’s grandmother and the matriarch of the extended Bordelon family. Miss Honey is a towering personality, a Bible-quoting dynamo with a quick temper, but also a woman whose generosity and love for her family know no bounds. Miss Honey believes in loyalty above all and soon she has opened her home not only to Charley and Micah, but also to Charley’s half-brother Ralph Angel and his young son, Blue. Like Charley, Ralph Angel is a single parent surviving the emotional toll of a spouse’s death, but this is where their similarities end; Ralph Angel has a history of drug abuse, violence, and petty crime, and no one but Miss Honey is happy to see him back in town. While Charley balances the needs of family and farm life, Ralph Angel-broke, bitter, and hiding from the law-conspires to claim what he sees as his rightful share of her inheritance.

Baszile has created a world rich with local Louisiana detail, and she captures both the tensions and intimacies of small town life. Charley inhabits a complicated position within the white male cane farming community, and Baszile paints a nuanced portrait of how much-and how little-Southern race relations have changed over the generations. When Charley finally discovers the sad truth behind Ernest’s desire to bequeath her the sugar cane property, she understands that her farm’s success will be a vindication for both father and daughter. In Charley, Baszile has given us a heroine who is by turns feisty, ambitious, vulnerable, and compassionate, and whose depth of emotion leaps off the page; her portrayal of Charley’s successes and failures to be a good mother, provider, and role model for her daughter will resonate with readers facing the same daily challenges. Honest, engrossing, and heartwarming, Baszile’s Queen Sugar announces the arrival of an exciting and accomplished new voice in contemporary Southern fiction.

Natalie Baszile holds an MFA from the Warren Wilson Program for Writers and an MA in Afro American Studies from UCLA. She lives in San Francisco with her family. This is her first novel.

“In Queen Sugar, two bulwarks of American literature—Southern fiction and the transformational journey—are given a fresh take by talented first time novelist Natalie Baszile . . . [the novel] is a sensory experience, a tableau vivant that Baszile skillfully paints in a palette simultaneously subtle and bold. Queen Sugar is a bright and enticing reminder that, sometimes, you can go home.”

“Reading this book is inhabiting, briefly, the backbreaking and brutal yet rewarding life that is sugarcane farming…. Queen Sugar is an impressive debut from a talented writer and a fascinating look into the world of the contemporary South.” —Washington Independent Review of Books

“In her heartfelt and beautiful debut novel, Natalie Baszile tells a tale of the South that is as deeply rooted in time and place as it is universal. How do we make sense of family? Loss? The legacies passed down to us? These are the questions that Charley, a young widowed mother, grapples with, as she tries to save the sugarcane plantation that is her inheritance and which, unbeknownst to her, holds the answers to both her past and her future.”

—Ruth Ozeki, author of A Tale for the Time Being

What is the future for Charley and Remy?

Race plays a major role in Queen Sugar, affecting the characters in both overt and subtle ways. How does the challenge of being African American in Southern Louisiana vary from character to character? Consider the separate experiences of Denton, Ralph Angel, Charley, and Micah.

What is the reason behind Miss Honey’s constant support for and forgiveness of Ralph Angel?

Why is Charley so reluctant to ask her mother Lorna for help?

Both Ralph Angel and Charley have lost a spouse. How does each person face that loss and loneliness? In what ways are their approaches similar, and how are they different?

What is the significance of The Cane Farmer to Charley? Why did her father give it to her?

Why was it so important to Charley’s father to own those particular acres of sugar cane?

Charley speaks of the satisfaction of farming-the hard work, the beauty of the land, the sense of accomplishment. Is there anything in your life that provides you with a similar sense of satisfaction?

It takes a great deal of bravery for Charley to completely overhaul her life-move to a different state, start a new job, and make a new home. What is the scariest thing you’ve ever faced?

Who was your favorite character and why?

Charley faces a lot of obstacles through the course of the novel. What do you see as the most significant milestone in her development as a character?