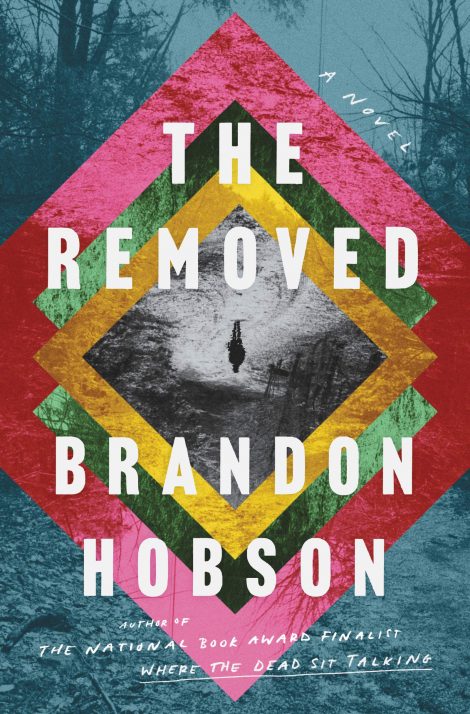 Steeped in Cherokee myths and history, a novel about a fractured family reckoning with the tragic death of their son long ago—from National Book Award finalist Brandon Hobson.

In the fifteen years since their teenage son, Ray-Ray, was killed in a police shooting, the Echota family has been suspended in private grief. The mother, Maria, increasingly struggles to manage the onset of Alzheimer’s in her husband, Ernest. Their adult daughter, Sonja, leads a life of solitude, punctuated only by spells of dizzying romantic obsession. And their son, Edgar, fled home long ago, turning to drugs to mute his feelings of alienation.

Steeped in Cherokee myths and history, a novel about a fractured family reckoning with the tragic death of their son long ago—from National Book Award finalist Brandon Hobson.

In the fifteen years since their teenage son, Ray-Ray, was killed in a police shooting, the Echota family has been suspended in private grief. The mother, Maria, increasingly struggles to manage the onset of Alzheimer’s in her husband, Ernest. Their adult daughter, Sonja, leads a life of solitude, punctuated only by spells of dizzying romantic obsession. And their son, Edgar, fled home long ago, turning to drugs to mute his feelings of alienation.

With the family’s annual bonfire approaching—an occasion marking both the Cherokee National Holiday and Ray-Ray’s death, and a rare moment in which they openly talk about his memory—Maria attempts to call the family together from their physical and emotional distances once more. But as the bonfire draws near, each of them feels a strange blurring of the boundary between normal life and the spirit world. Maria and Ernest take in a foster child who seems to almost miraculously keep Ernest’s mental fog at bay. Sonja becomes dangerously fixated on a man named Vin, despite—or perhaps because of—his ties to tragedy in her lifetime and lifetimes before. And in the wake of a suicide attempt, Edgar finds himself in the mysterious Darkening Land: a place between the living and the dead, where old atrocities echo.

Drawing deeply on Cherokee folklore, The Removed seamlessly blends the real and spiritual to excavate the deep reverberations of trauma—a meditation on family, grief, home, and the power of stories on both a personal and ancestral level. 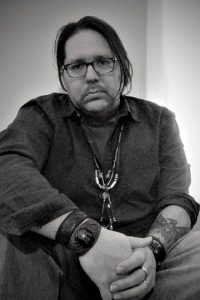 Brandon Hobson is the author of the novel Where the Dead Sit Talking, which was a finalist for the 2018 National Book Award for Fiction and winner of the Reading the West Book Award. His other books include Desolation of Avenues Untold and the novella Deep Ellum. His work has appeared in the Pushcart Prize anthology, The Believer, the Paris Review Daily, Conjunctions, NOON, and McSweeney’s, among other places. He is an assistant professor of creative writing at New Mexico State University and teaches in the MFA program at the Institute of American Indian Arts. Hobson is an enrolled citizen of the Cherokee Nation Tribe of Oklahoma.

“Brandon Hobson has given us a haunted work, full of voices old and new. It is about a family’s reckoning with loss and injustice, and it is about a people trying for the same. The journey of this family’s way home is full—in equal measure—of melancholy and love. The Removed is spirited, droll, and as quietly devastating as rain lifting from earth to sky.” —Tommy Orange, author of There There

“The Removed is a marvel. With a few sly gestures, a humble array of piercingly real characters and an apparently effortless swing into the dire dreamlife, Brandon Hobson delivers an act of regeneration and solace. You won’t forget it.” —Jonathan Lethem, author of The Feral Detective

“Stunning…. Hobson uses Cherokee folklore to great effect in this profound, powerful look at the ways in which trauma — both recent and generational — infuses every aspect of our lives, but that it is possible to heal, to recover without ever forgetting what happened and what is still owed in order to reach a place of true understanding.” -Refinery 29

“A disconnected web of tragedies—loss, loneliness, dementia, and drugs—draw together a disparate Cherokee family in this powerful novel that blurs the lines between spiritual and earthly. Pulling from centuries-old Cherokee folklore to ground this present-day tale, Brandon Hobson has built a grave and unforgettable legend.” -Elle

“Mesmerizing…. Spare, strange, bird-haunted, and mediated by grief, the novel defies its own bleakness as its calls forth a delicate and monumental endurance.” –Kirkus Reviews (starred review)

THE DAY BEFORE HE DIED, in the remote town of Quah, Oklahoma, Ray-Ray Echota rode his motorcycle down the empty stretch of highway, blowing past rain puddles and trees, a strong wind pressing against his body. He was fifteen years old. Workers along the side of the road wore orange vests and white hard hats. They didn’t pay any attention to him as he flew past them, hunched forward working the throttle. He rode for the pureness of the thrill and for the isolation of riding alone in an area where few police officers ever patrolled. Clouds hung low and pale before him as he rode home past fields and old buildings, heading east into the hills, landscape and sky blending into the horizon.

That night he did impersonations at home to entertain his parents. While Ernest and Maria watched their police drama on TV, Ray-Ray staggered into the living room wearing dark sunglasses and waving a cane around, pretending he was blind. He stood in front of them, blocking their view of the TV, and spoke in his best French accent: “Care to help an old blind man, monsieur? I am in need of assistance.”

“Listen, Chooch,” Ray-Ray said in Otto’s low drunken voice. He pretended to smoke an imaginary cigarette. “You know the story of Tsala, who was killed for refusing to leave the land? Let’s go get another whiskey.”

The following day, September 6, marked the anniversary of the 1839 signing of the Constitution of the Cherokee Nation in Oklahoma. Ernest spoke with an unfamiliar excitement in his voice about the date’s importance. “This is a very important day for all of us, since it marks the Trail, so we should honor it.” September 6 usually fell close to Labor Day weekend and brought people from all over the country to Oklahoma. The Echotas planned to spend the entire weekend watching stickball games, attending powwows, pageants, and art shows.

Outside, a storm was heading west instead of east. A soft rain pattered against the window, the beginning of a thunderstorm. The night was cool. The house smelled of fried catfish from dinner, which they had eaten on TV trays there in the living room.

“Did you finish your homework?” Maria asked Ray-Ray.

“The paper is done. A-plus with smiley face. I bid you all good night. Ave atque vale.”

“Sure, sure,” Maria said. “Now go play with your little brother.”

Edgar, the youngest sibling, was sitting on a blanket playing quietly with Legos in the corner of the room, as he often did. Ray-Ray limped over to him, dragging his leg like a wounded soldier, and collapsed. He began helping Edgar stack Legos together.

When Ray-Ray was younger he had fallen out of the tree in their backyard, breaking his leg in three places. He’d spent a few days in the hospital, where he told the nurse he had learned to levitate like the false prophet Simon Magus.

“I flew up in the air forty, fifty feet and then fell,” he said. “That explains the broken leg.”

The nurse looked at Ernest and Maria, confused.

“My son has an active imagination,” Ernest kept saying, which was true. Ray-Ray always carried with him a notebook in which he scribbled song lyrics and sketched strange creatures, beasts with fire shooting from their eyes and tongues hanging from their mouths, chubby old men with pig snouts instead of noses, and Uktena and Tlanuwa, the mythic hawks who carried away babies. Ernest and Maria encouraged his artistry, his drawings and impersonations, and also loved how he enjoyed searching outside near the lake for animal bones, bird bones, and feathers to make necklaces. How he wore certain shirts he said were for healing. How he was fascinated by the sky and would go lie down and watch the stars at night. How he mowed lawns and cleaned roof gutters for two summers until he earned enough money to buy his own 250cc Nighthawk, the motorcycle he would ride to the mall in Tulsa on September 6, the day he was shot by a police officer.

Sonja, who was sixteen and the eldest sibling, was eccentric in her own way too, retreating to her room every day after school and staying there all night, rarely coming out. Sensitive to the strange intimacy of family conversations, she preferred solitude. On this night, she was in her bedroom writing long letters to boys at school and listening to Joy Division. She would later wonder why she hadn’t been in the living room spending time with Ray-Ray. If only I’d been a better sister, she often thought.

The night of September 5, his last night alive, Ray-Ray lay next to his younger brother Edgar on the floor with the Legos. “We should build a castle,” he said. “It could be beautiful, brother.”

“I’m building a monster,” Edgar told him excitedly. He held up his Lego creature and roared.

“Little brother,” Ray-Ray said, “there are enough monsters in this world.”