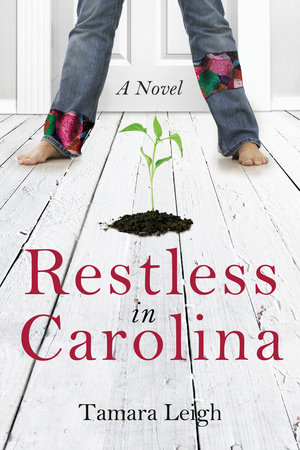 She’s all about going green. Could he be her white knight—or will he make her see red?

Tree-huggin’, animal-lovin’ Bridget Pickwick-Buchanan is on a mission. Well, two. First she has to come to terms with being a widow at thirty-three. After all, it’s been four years and even her five-year-old niece and nephew think it’s time she shed her widow’s weeds. Second, she needs to find a buyer for her family’s estate—a Biltmore-inspired mansion surrounded by hundreds of acres of unspoiled forestland. With family obligations forcing the sale, Bridget is determined to find an eco-friendly developer to buy the land,

She’s all about going green. Could he be her white knight—or will he make her see red?

Tree-huggin’, animal-lovin’ Bridget Pickwick-Buchanan is on a mission. Well, two. First she has to come to terms with being a widow at thirty-three. After all, it’s been four years and even her five-year-old niece and nephew think it’s time she shed her widow’s weeds. Second, she needs to find a buyer for her family’s estate—a Biltmore-inspired mansion surrounded by hundreds of acres of unspoiled forestland. With family obligations forcing the sale, Bridget is determined to find an eco-friendly developer to buy the land, someone who won’t turn it into single-family homes or a cheesy theme park.

Enter J. C. Dirk, a high-energy developer from Atlanta whose green property developments have earned him national acclaim. When he doesn’t return her calls, Bridget decides a personal visit is in order. Unfortunately, J. C. Dirk is neither amused nor interested when she interrupts his meeting—until she mentions her family name. In short order, he finds himself in North Carolina, and Bridget has her white knight—in more ways than one. But there are things Bridget doesn’t know about J. C., and it could mean the end of everything she’s worked for…and break her heart.

Tamara Leigh began her writing career in 1994 and is the best-selling author of fourteen novels, including Splitting Harriet (ACFW Book of the Year winner and RITA Award finalist), Faking Grace (RITA Award Finalist), and Leaving Carolina. A former speech and language pathologist, Tamara enjoys time with her family, faux painting, and reading. She lives with her husband and their sons in Tennessee.

“Tamara Leigh has done it again. Restless in Carolina will have you falling in love with its swoon-inducing romance, characters you won’t want to leave behind, and message of hope and healing.”—Jenny B. Jones, four-time Carol Award winner and author of Save the Date and Just Between You and Me

“Tamara Leigh is a master storyteller who weaves deep spiritual threads with quirky characters that I love.With Restless in Carolina, she returns to Pickwick, North Carolina, where Bridget has determined that happily ever afters don’t exist and God isn’t fair. Open the book and be swept into her journey, one filled with laughter, tears, and a large supporting cast that will make it seem like a return to a favorite vacation spot for readers of her other Pickwick books.”
—Cara C. Putman, author of Stars in the Night

“Wonderful wry humor, a plot that kept me glued, and delightful, unique characters—what more could a reader ask? Tamara Leigh has given us southern living with down-home charmand thoughtful insights all wrapped up in joy. Highly recommended!”—Gayle Roper, author of Shadows on the Sand and A Rose Revealed

“She’s as southern as fried chicken, but Bridget Buchanan is no Scarlett O’Hara. She’s spunky, quirky, and determined to save the world from environmental destruction—starting with her own family’s estate. This southern gal loves faithfully, grieves deeply, and touches tender places in our hearts. A great story!”
—Virginia Smith, author of Third Time’s a Charm and the Sister-to-Sister Series

Due to the death of her husband, Bridget has a problem with reading aloud the conclusion to all good, romantically minded fairy tales: “And they lived happily ever after.” Are there words or memories or activities from which you distance yourself in order to avoid dealing with pain? What action might you take to air the pain and move on?

Bridget’s sister believes grief is contagious. What do you think? Do you believe Bonnie did the right thing in confronting Bridget and demanding she rid herself of her widow’s weeds?

Bridget is environmentally conscious, as evidenced by the steps she takes to lessen her impact on the environment and her reaction to others who litter and waste. What steps have you taken to be a good steward of God’s creation?

In this third and final book in the Southern series, readers continue to witness the path of dementia as Uncle Obe’s memory and ability to care for himself further deteriorate. How have his experiences and those of his caretakers impacted your understanding of this painfully debilitating disease?

Why do you think Uncle Obe is able to recite Scripture “without stumbling” and yet struggles with the names of everyday items?

When Uncle Obe asks Bridget to pray for him, she grudgingly agrees despite her attempt to keep God on the other side of the door. Have you ever been asked to pray for someone though you didn’t feel moved to do so? Did you pray? If so, how did it feel?

For a while, Bridget is the primary caregiver of her niece and nephew. In accepting this responsibility, she also has to accept the task of disciplining the children. Have you had to be a stand-in parent? How did you deal with the issue of discipline?

Bridget’s assumption that J.C. inherited his wealth is based mostly on appearances.When have your assumptions about others proven wrong? On what did you base those assumptions? How could you have better acquainted yourself with the person?

Bridget’s mother takes ill, causing Bridget to confront God and ask if He intends to take her mother from her as He took her husband. Though Bridget finds herself in a narrow place on the journey back to faith, she resists the temptation to jump off and instead draws nearer to God. Have you ever found yourself in such a narrow place?Were you able to stay the course? If so, what was God’s answer, and how did you deal with it? If not, where are you now in your relationship with God?

When J.C. belatedly reveals his deception, the rift that opens between Bridget and him has the potential to destroy their feelings for each other. What situation have you been in that you believe would have benefitted from the truth being revealed earlier? How might it have turned out better?