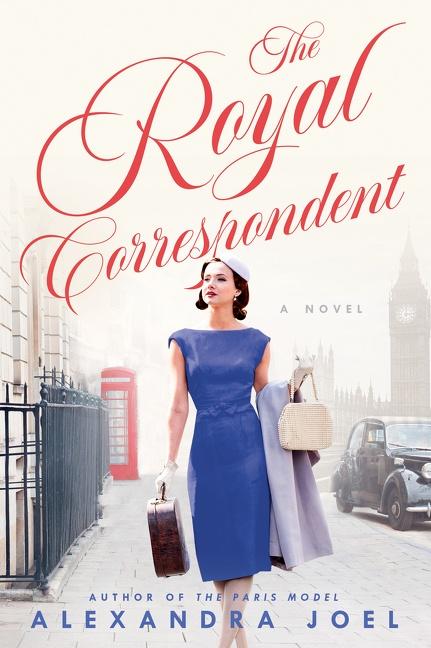 The author of The Paris Model captures the glamour, style, excitement, and romance of a bygone era in this sumptuous novel—set in the Sydney and London of the 1960s—about an up-and-coming young Australian reporter with a deadly secret.

Breaking into the newspaper business in 1960s Sydney—a competitive world dominated by hard-edged men—isn’t easy for a woman. But Blaise Hill is far from ordinary. The only female in The Clarion’s newsroom, her long-held dream of being a reporter has come true. Blaise isn’t chasing stories just to make a name for herself;

The author of The Paris Model captures the glamour, style, excitement, and romance of a bygone era in this sumptuous novel—set in the Sydney and London of the 1960s—about an up-and-coming young Australian reporter with a deadly secret.

Breaking into the newspaper business in 1960s Sydney—a competitive world dominated by hard-edged men—isn’t easy for a woman. But Blaise Hill is far from ordinary. The only female in The Clarion’s newsroom, her long-held dream of being a reporter has come true. Blaise isn’t chasing stories just to make a name for herself; she’s helping support her family and her beloved sister Ivy, whose life has been transformed by polio.

But the ambitious young journalist’s confidence is shaken when she secretly witnesses the murder of a top crime boss—a death that rocks the Sydney underworld. One of the few people who knows what really happened—and what Blaise knows—is the handsome, enigmatic Adam Rule, who helps cover up the murder. When she gets a plum assignment—moving to England to cover the British royal family—Blaise hopes to put it all behind her.

Carving her own path among the scandal and intrigue of the Swinging Sixties in London, life is just about perfect—until the night she attends Queen Elizabeth’s gala in honor of the upcoming nuptials of Princess Margaret and Antony Armstrong-Jones. Among the exclusive crowd is the last man she ever wanted to see—Adam Rule.

Is Blaise’s dark secret coming back to hurt her—or is this the beginning of something far more dangerous?

In this mesmerizing novel, Alexandra Joel brings to life the thrilling, colorful world of 1960s Sydney and London, when fashion, music, society, and even the royal family rode the waves of change—and a spirited, ambitious heroine dared to make her way in a man’s world.

Alexandra Joel is the former editor of Harper’s Bazaar and of Portfolio, Australia’s first magazine for working women. She has also been a regular contributor to The Australian and The Sydney Morning Herald Good Weekend Magazine. Alexandra has two children and lives in Sydney with her husband. She ensures that she visits Paris on a regular basis and can be found on Instagram at alexandra.joel.

“Joel serves up an engrossing story about a woman’s determination to succeed as a journalist. This will keep readers turning the pages.”–Publishers Weekly

She gazed into the night from the limousine’s window, her heart beating quickly. An immense gray stone wall loomed before her. At its center was the legendary balcony she’d viewed in countless newsreels featuring waving members of the world’s most famous family. But this was real life, and she was about to breach Buckingham Palace, the official residence of Her Majesty, Elizabeth the Second, Queen of the United Kingdom and Her Realms and Territories.

Leaning forward, she saw a uniformed policeman check the official crested card propped on top of the dashboard, then wave the sleek car through a pair of open gates, their gold-tipped metal railings glistening like spears in the bright beam of a brace of lights. She wished she could stop time, or at least that the chauffeur would slow the limousine, for she wanted to savor every moment of this extraordinary evening. But the car purred on, past Grenadier Guards, still as waxwork models in their red coats and improbably tall black bearskin hats, then glided beneath an archway before drawing to a halt in a large inner courtyard.

With a quiver of excitement, she gathered the billowing skirts of her ice-blue chiffon ball gown as a footman wearing a scarlet and gold coat, black stockings, and knee breeches sprang forward and opened the car door. After following the directions of several other similarly attired attendants, she made her way toward a marble staircase adorned with a wide ribbon of rich ruby carpet. Pausing, she steadied herself, placed one white-gloved hand on the gilt balustrade and, with what she hoped might be taken for the poise of a princess, swept up the stairs.

Another liveried servant clad in eighteenth-century dress met her at the entrance to the ballroom. “Good evening,” he said with a polite half bow. “Are you quite ready, ma’am?”

She straightened her bare, lightly tanned shoulders. “Ready as I’ll ever be.”

Having first glanced briefly at the embossed introduction card, the man announced her in a booming voice. “Miss Blaise Hill!”

Only then did her stomach begin to flutter. Who was Blaise Hill? An intruder, about to push her way into a place where she had no right to be. Get a grip, Blaisey, she told herself as she entered a room of astonishing grandeur.

Using the skills that were by now second nature, she began to methodically observe the details of the sumptuous decor and the appearance of the guests—after all, despite her crystal earrings and exquisite gown, she had not come to Buckingham Palace this evening to be entertained, but to work. Her eyes flickered up to the soaring gold and white ceiling from which hung six great chandeliers topped by shimmering cut-glass crowns. She noted the profusion of crimson roses spilling from classical urns, the velvet-draped triumphal arch framed by a pair of winged sphinxes, the gilded organ, the fluted columns, the ornate paneled walls.

Women in sparkling tiaras and jewel-colored ball gowns strolled by on the arms of debonair men sporting white bow ties and black tailcoats, their images multiplied by the mirrored doors. Some of the guests sipped champagne, others chatted together with the easy familiarity of old friends. The hum of their conversations mingled with the sound of lilting music; there was the occasional exuberant exclamation or peal of laughter.

Suddenly, Blaise’s earlier discomfort returned. The glamorous people, the opulent surroundings—all were foreign, entirely beyond her own experience. What would Her Majesty’s guests think if they knew who she really was: not merely an upstart colonial reporter but a girl with a dire secret buried in her past?

She took a deep breath. As if by magic, the advice she’d been given long before she left Australia floated into her head. You’ve got to back yourself, the man had said. Well then, if she wanted to make her mark in this glittering new world, she’d damn well have to do so.