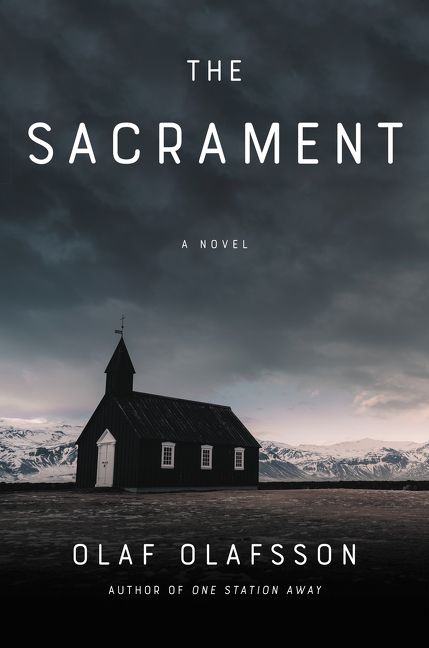 The haunting, vivid story of a nun whose past returns to her in unexpected ways, all while investigating a mysterious death and a series of harrowing abuse claims.

A young nun is sent by the Vatican to investigate allegations of misconduct at a Catholic school in Iceland. During her time there, on a gray winter’s day, a young student at the school watches the school’s headmaster, Father August Franz, fall to his death from the church tower.

Two decades later, the child—now a grown man, haunted by the past—calls the nun back to the scene of the crime.

The haunting, vivid story of a nun whose past returns to her in unexpected ways, all while investigating a mysterious death and a series of harrowing abuse claims.

A young nun is sent by the Vatican to investigate allegations of misconduct at a Catholic school in Iceland. During her time there, on a gray winter’s day, a young student at the school watches the school’s headmaster, Father August Franz, fall to his death from the church tower.

Two decades later, the child—now a grown man, haunted by the past—calls the nun back to the scene of the crime. Seeking peace and calm in her twilight years at a convent in France, she has no choice to make a trip to Iceland again, a trip that brings her former visit, as well as her years as a young woman in Paris, powerfully and sometimes painfully to life. In Paris, she met an Icelandic girl who she has not seen since, but whose acquaintance changed her life, a relationship she relives all while reckoning with the mystery of August Franz’s death and the abuses of power that may have brought it on.

In The Sacrament, critically acclaimed novelist Olaf Olafsson looks deeply at the complexity of our past lives and selves; the faulty nature of memory; and the indelible mark left by the joys and traumas of youth. Affecting and beautifully observed, The Sacrament is both propulsively told and poignantly written—tinged with the tragedy of life’s regrets but also moved by the possibilities of redemption, a new work from a novelist who consistently surprises and challenges. 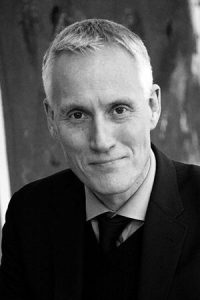 Olaf Olafsson was born in Reykjavik, Iceland, in 1962. He studied physics as a Wien scholar at Brandeis University. He is the author of five previous novels, The Journey Home, Absolution, Walking into the Night, Restoration, and One Station Away, and a story collection, Valentines. He is executive vice president of Time Warner and lives in New York City with his wife and three children.

“The novel confounds our expectations, sifting through memory, as it evolves into a low-simmering psychological thriller. Recommended.” – Library Journal

“[A] gripping, masterfully constructed story toward redemption and justice.” – Booklist

“A mesmerizing and powerful look at abuse in the Catholic Church…an astounding dénouement, delves into the balance between justice and vengeance, and the power of conviction, absolution, and redemption. This is an incisive novel.” – Publishers Weekly

“It’s a rare story that marries the suspense of a mystery with depth of thought, but in The Sacrament, Olaf Olafsson manages this alliance with a scientist’s mind and an artist’s eye… One reads this novel both eager and wary of knowing its secret fully, like the meaning of a dream.” – Roger Rosenblatt

“The Sacrament is a miraculous novel. A delicate, literary page-turner, narrated by an unforgettable character whose life the reader will long remember after the last page is turned. With austere and beautiful prose, Olafsson has written a novel full of love, mystery, and regret. Fantastic.” – Nickolas Butler, author of Shotgun Lovesongs and Little Faith

He had committed a crime.

While they were knitting he had allowed his mind to wander. He liked to let his thoughts drift to distant places, where there was no sadness and the nights were filled with pleasant dreams. Sometimes he would travel to the farm where he had spent the summer before last, to the barn, where he threw himself onto the hay, or to the stream, where brook trout hid beneath the banks. Sometimes he would lose himself in the comic books his father brought back from his voyages. But he never let his thoughts take him to the hospital or the cemetery.

She had snatched the knitting from him and ordered him to place his palms facedown on the table. His hands trembled slightly, but of course he obeyed. The other children pretended to be absorbed in their own work, but he could feel their eyes watching him, and her as she loomed over him.

Still you insist upon sullying yourself in the eyes of the Lord, she said, unraveling his work, the first tentative rows of a scarf. And what is this mess supposed to be?

Assuming she didn’t expect him to reply, the boy remained silent. But she repeated the question, hissing this time:

She scoffed, holding the tangled wool aloft for the other children to see.

Look at this scarf! Who wants to try it on?

Too terrified not to humor her, the children gave nervous, stifled laughs. Save for her class favorites, two girls who chortled out loud.

Clasping one of the knitting needles, she pressed it into the back of his right hand.

Why did our Savior suffer on the cross? Why? He suffered for you. They drove nails into his hands, like this . . . That is how he saved you. And what do you do to repay him? You belittle him. You shame his memory.

With each emphasis, she dug the needle harder into his hand. Tears pricked his eyes, but he dared not make a sound. When at last she fell silent, she waited a few seconds, which seemed to him like an eternity, before pulling the needle back and ordering him to stand up. He followed her into the corridor where she unlocked the broom cupboard and pushed him inside. He heard the key turn, and then her footsteps receding.

He knew the cupboard well. It was where they kept buckets and mops, detergent and cleaning cloths, as well as salt for deicing the sidewalks. Once, he had used an upturned bucket as a seat, which had earned him further chastisement when she finally opened the door. And so, this time he decided to stand and gaze out the window high on the wall, a tiny window that looked out on the church. He rubbed his sore hand, where the needle had left a red indentation, but no blood.

The sky was thick with clouds, and soon it started to snow. They were small flakes that took so long to find their way to the ground that he wondered if they had gotten lost. He followed their descent, moving closer to the window to see if any of them had made it all the way. Standing on tiptoes, he could see across the yard to the fence between the school and the church, and up to the gray, flat-topped tower. He soon grew tired of craning his neck and gave in to the temptation to turn over one of the buckets and climb on top of it.

That was when he noticed something moving in the open window at the top of the tower. His rubbed his eyes and saw to his amazement that Batman himself had suddenly appeared in all his glory. His hero surveyed the city then turned toward him, as though aware of his exact location, giving the boy a meaningful, reassuring look.

Batman would save him, just as he had so often in the past, and together they would set off on an adventure, down streets and alleyways, to the harbor and out over the city—ready to assist anyone who might be in distress.

The boy held his breath as his friend took to the air. Bracing his elbows on the sill, he lifted himself up to watch the dark figure swoop down from the tower, wings flapping. For a moment, he felt a surge of hope, as well as the thrill of confirmation, for he had always feared that Batman existed only in his comic books and his imagination. But then, in the blink of an eye, his hopes were dashed, as his hero’s wings appeared to falter, and he flipped over and plummeted, landing on the turf with a dull thud. For a while, the boy stared at the body on the snowy ground, slowly realizing that his hero had inexplicably transformed into Father August Frans, or rather a dark heap who only a stone’s throw away showed no sign of life.