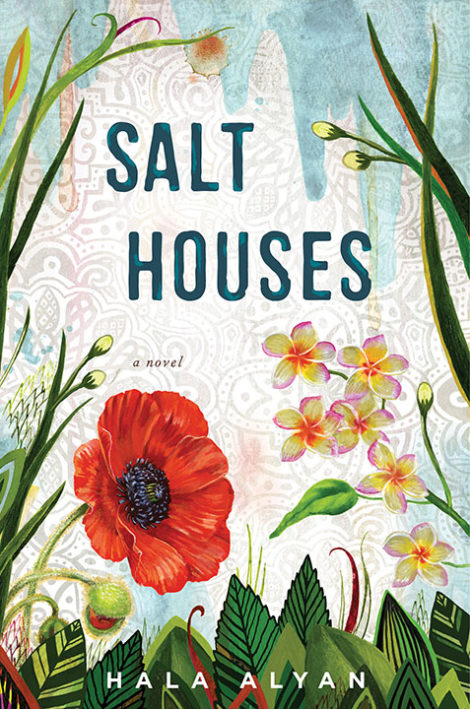 From a dazzling new literary voice, a debut novel about a Palestinian family caught between present and past, between displacement and home.

On the eve of her daughter Alia’s wedding, Salma reads the girl’s future in a cup of coffee dregs. She sees an unsettled life for Alia and her children; she also sees travel, and luck. While she chooses to keep her predictions to herself that day, they will all soon come to pass when the family is uprooted in the wake of the Six-Day War of 1967.

Salma is forced to leave her home in Nablus;

From a dazzling new literary voice, a debut novel about a Palestinian family caught between present and past, between displacement and home.

On the eve of her daughter Alia’s wedding, Salma reads the girl’s future in a cup of coffee dregs. She sees an unsettled life for Alia and her children; she also sees travel, and luck. While she chooses to keep her predictions to herself that day, they will all soon come to pass when the family is uprooted in the wake of the Six-Day War of 1967.

Salma is forced to leave her home in Nablus; Alia’s brother gets pulled into a politically militarized world he can’t escape; and Alia and her gentle-spirited husband move to Kuwait City, where they reluctantly build a life with their three children. When Saddam Hussein invades Kuwait in 1990, Alia and her family once again lose their home, their land, and their story as they know it, scattering to Beirut, Paris, Boston, and beyond. Soon Alia’s children begin families of their own, once again navigating the burdens (and blessings) of assimilation in foreign cities.

Lyrical and heartbreaking, Salt Houses is a remarkable debut novel that challenges and humanizes an age-old conflict we might think we understand—one that asks us to confront that most devastating of all truths: you can’t go home again. 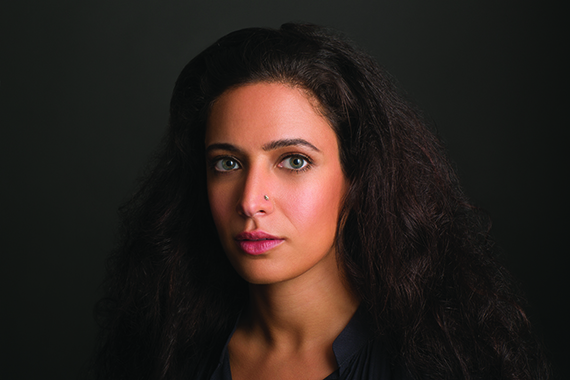 Hala Alyan is an award-winning Palestinian American poet and clinical psychologist whose work has appeared in numerous journals including the Missouri Review, Prairie Schooner, and Colorado Review. She resides in Manhattan.

“Reading Salt Houses is like having your coffee grounds read: cosmic, foreboding and titillating all at once. In this magnificent debut, Alyan’s powerful and poetic voice guides us into the dark recesses of history and leads us right up to the present tensions between East & West, the modern & ancestral, the hopeless and the hopeful.” —Aline Ohanesian, author of Orhan’s Inheritance

1. The novel begins with a cup reading—and a lie by omission. Salma sees dark omens in her daughter’s coffee cup on Alia’s wedding day, but chooses not to reveal them. She sees crossed knives, crumbling houses, and the image of a zebra: “A zebra is an exterior life, an unsettled life” (page 9). But Salma later questions what she saw in the cup: “Not a zebra, but a horse with smudges, a speckled horse. It means travel, perhaps, even a difficult first pregnancy, but luck; it also means luck” (page 23). In what ways does Alia’s life—including her emotional life and relationships—fulfill these two interpretations of her mother’s vision?

2. As readers, we follow this family through several major real-world events: the Six-Day War, Saddam Hussein’s invasion of Kuwait, the 9/11 attacks. How does viewing history through the prism of these individual lives change the way you think of those historical events?

3. In the one chapter narrated from Mustafa’s perspective, we see him gradually become inspired (or radicalized) by Imam Bakri. But he also acknowledges that his belief in Allah is “flighty” and that “if there is ever a sweeping of believers into one room and the rest into the other, he doesn’t want to be on the wrong side of the door” (page 31). What do you think influences this character to become involved in increasingly violent politics?

4. At the end of the novel, on page 270, we learn that in fact it was the mild-mannered scholar Atef who pushed Mustafa—the handsome orator—to stay in the Six-Day War. Were you surprised by that revelation? How did it change your understanding of those two characters?

5. Atef’s letters to Mustafa help him cope with the trauma of being a prisoner of war, and on page 103, he thinks, “He will write to Mustafa about this moment . . . He will tell him about the ways the world has changed. He can see the blank paper in front of him, his fingers curving instinctively. I’m addicted to this, he wrote a while ago. My confessional.” Do you think Atef prefers to be an observer of life rather than a participant? How does his approach to life differ from that of his wife?

6. Salma’s garden in Nablus (i.e., Palestine) is described throughout the novel as various characters enjoy, remember, or mourn for it. Does the garden function as a symbol of something larger in this book? What does it represent to you?

7. On page 132, Alia overhears her husband Atef say, of Alia and her daughter Souad, “I’ve never seen two people more alike.” In what ways are Alia and Souad alike? Did you find their relationship to be believable, as a mother and daughter?

8. Souad’s life, as well as her temperament, echoes that of her mother. Both women find themselves away from home during a military invasion, for instance. What similarities or differences did you notice in how these two women handled similar circumstances?

9. Other parallels can be found between Salma, Widad, Riham, and Manar. All four women are described as heavyset, quiet, bookish, and devout. How do they differ, in your opinion — and how are those differences reflected in the way other characters react to each of them?

10. The multigenerational scope of this novel gives readers a chance to watch characters grow from children to parents themselves. Do you think Souad’s parenting style reflects any particular aspects of how she was raised by Alia and Atef?

11. Alia and Atef each secretly have a “favorite” child, though they would never admit it — just as Salma has a soft spot for her youngest, Alia. Did you find this to be a realistic portrayal of how parents feel about their children — and do you understand why each of these parents favored the particular child they did?

12. What was your impression of Abdullah, Riham’s stepson? Were you anticipating a different trajectory for his character?

13. What parallels do you see between Mustafa, the middle child between a quiet older sister and a spirited younger one, and Karam, who occupies a similar place in his family?

14. The book’s title, Salt Houses, is explained by Atef on page 273. But just before that passage, on page 270, he muses that Alia “would have smashed the windows and salted the earth” before leaving her mother’s house in an invasion. What do these two very different uses of the word salt evoke for you, as a reader?

15. Of the main characters—Alia, Atef, Souad, Riham, Manar, and Linah—which do you think shows the most interesting development throughout the novel?