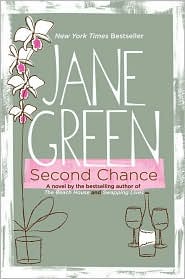 Apart for twenty years, school friends Paul, Saffron, Olivia, and Holly are in very different places in their lives when they get together in London after the death of a close friend, but through their rediscovered friendship they find new paths to follow and—despite some missteps along the way—begin to understand what it means to get a second chance.

Upon receiving the news about the death of Tom Fitzgerald—the only one within the group who had kept in touch with all of them over the years—each character reacts in his or her own way,

Apart for twenty years, school friends Paul, Saffron, Olivia, and Holly are in very different places in their lives when they get together in London after the death of a close friend, but through their rediscovered friendship they find new paths to follow and—despite some missteps along the way—begin to understand what it means to get a second chance.

Upon receiving the news about the death of Tom Fitzgerald—the only one within the group who had kept in touch with all of them over the years—each character reacts in his or her own way, but all feel the need to see one another again and catch up on what they’ve been doing over the past two decades. Paul has become a freelance writer and journalist who improbably ended up in a two-page spread in Vogue, along with his wife Anna, the gorgeous and stylish founder of Fashionista.uk.net. An actress living in Los Angeles, Saffron is on the brink of international stardom but is struggling with past demons while pursuing a secret relationship with a married megastar. Olivia, whose partner of six years, George, recently left her, is working at an animal shelter and slowly persuading herself to start dating again. And Holly, whose relationship with Tom was deeper than the others’, finds herself married with two children—but her husband, Marcus, is a chilly and distant man, and she is worried that she is no longer in love.

As they rekindle their connection, the friends find themselves faced with decisions they never expected to make. Holly finds herself drawn to Tom’s younger brother, Will, when she meets him again at the funeral and the two strike up an e-mail exchange that leads Holly into dangerous territory. While she considers what to do about her marriage and her future, she also finds herself closer than ever to her three former schoolmates—even Saffron, whose glittery lifestyle and famous friends haven’t dulled her down-to-earth personality and outrageous sense of humor.

In Second Chance, Jane Green follows the lives of these four as they help one another along, providing a lighthearted, warm, and witty look at contemporary middle age. For these characters, life really does begin at forty, and as their lives transform they realize there is nothing holding them back from continuing to pursue their dreams. By turns hilarious and moving, Green’s new novel is an addictive read for women of any age and an insightful exploration of the possibilities that life holds for all of us.

Jane Green was a disaster at university, discovered writing soon afterward, and went on throughout her twenties to work as a journalist for various national newspapers and magazines in her hometown of London. At twenty-seven, inspired by Nick Hornby’s High Fidelity, she decided to give up her job at the Daily Express and write a real woman’s account of what it was like being single in the city.

Three months later she signed her first publishing deal, and Straight Talking, her (allegedly) largely autobiographical first novel, became a huge bestseller and, together with Bridget Jones’s Diary, launched the phenomenon that came to be known as “chick lit.”

Jane is currently at work on her tenth novel. She lives with her four children in Connecticut.

“Green’s many fans will revel in her interwoven plots.” —Entertainment Weekly

“Peopled with her trademark likable, sympathetic characters, Green’s latest is sure to have wide appeal.” —Booklist

How does the title, Second Chance, relate to each of the main characters? How has their renewed friendship influenced each of their lives?

Although it was under tragic circumstances, Tom’s death brought a lot of people together—not only the old friends from school but also Will, Tom’s parents, Sarah, and others. Can you think of a similar instance in your own life when an unfortunate or terrible event led to a positive outcome? What were some of these positive outcomes?

Paul’s and Anna’s problems with infertility have a profound effect on their marriage and their relationships with others. What are some of the specific issues they face as a result of this dilemma, and how would you have handled them if you were in their situation? Are there any experiences you’ve had that are similar to this, and how did you handle them?

In Second Chance, each character has a different understanding of what marriage means and how it works (or doesn’t work) in their life. Which characters’ marriages reflect aspects of your own relationships, past or current, and how?

Holly gets caught up in a tentative relationship with Will, despite her marriage to Marco. What is it about Will’s and Holly’s personalities that would draw them together? What do you think about the way things end up between them?

Green writes, “The problem with grief is that it doesn’t go away. As time ticks on, the rawness dissipates somewhat, and you find yourself settling in to the pain, becoming accustomed to it, wearing it around your shoulders like an old, heavy scarf.” What are your thoughts on this sentiment? How does this description of grief relate to your own experiences of loss and sadness?

The rediscovered friendship between these four characters gives each of them the chance to reflect on their lives over the past twenty years: the choices they’ve made, the regrets they have, the things they might have done differently. Think about your own life and things in your past that you wish you could change. How difficult do you think it is to make a significant change in your own life, or in the lives of your friends, for the future?

Why do you think Holly married Marcus in the first place? Although she offers a number of different explanations for this choice throughout the book—”she told herself that it was okay to settle”, she is still conflicted about this decision and about how it influenced the way her life turned out. When Holly decides to take action, which of her decisions do you agree or disagree with and why?

Saffron and Paul have both chosen lives that, to different extents, put them in the spotlight. How does the public’s opinion affect each of them? Are there any decisions either of them makes that you would have dealt with differently?

What do you think of Olivia’s trepidation before her blind date with Fred? What reasons did she have for being so nervous? Have you ever been on a blind date and how did it turn out?

Over the twenty years that the four main characters were apart, each of them stayed in touch with Tom but not with one another. However, his death affected them in a way that none of them had expected. What do you think each of the characters’ lives will be like after the book ends? Will they all stay in touch? Discuss how you envision each of them five or ten years later.