Shortlisted for the Center for Fiction First Novel Prize

When Major Gryffth Hockaday is called to the front lines of the Civil War, his new bride is left to care for her husband’s three-hundred-acre farm and infant son. Placidia, a mere teenager herself, living far from her family and completely unprepared to run a farm or raise a child, must endure the darkest days of the war on her own. By the time Major Hockaday returns two years later, Placidia is bound for jail, accused of having borne a child in his absence and murdering it.

Shortlisted for the Center for Fiction First Novel Prize

When Major Gryffth Hockaday is called to the front lines of the Civil War, his new bride is left to care for her husband’s three-hundred-acre farm and infant son. Placidia, a mere teenager herself, living far from her family and completely unprepared to run a farm or raise a child, must endure the darkest days of the war on her own. By the time Major Hockaday returns two years later, Placidia is bound for jail, accused of having borne a child in his absence and murdering it. What really transpired in the two years he was away? A love story, a story of racial divide, and a story of the South as it fell in the war, The Second Mrs. Hockaday reveals how this generation—and the next—began to see their world anew. 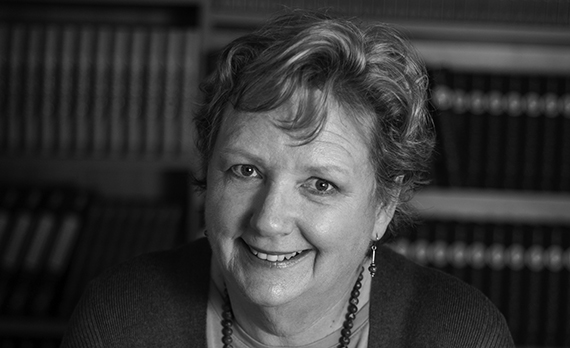 Susan Rivers lives and writes in a small town in upstate South Carolina. She earned an MFA in fiction writing from Queens University of Charlotte in North Carolina. The Second Mrs. Hockaday is her first novel.

“Mesmerizing . . . Placidia’s voice is penetrating and her observations about the singular truths of war are vivid and illuminating.”─Atlanta Journal-Constitution

“Told through exquisitely crafted letters and diary entries, the delicious pacing leads to revelations both intriguing and unnerving. I was sorry to reach the end of this stunning debut.”─Diane Chamberlain, author of The Silent Sister

“With The Second Mrs. Hockaday, Susan Rivers viscerally evokes a bygone era without sentimentality. Her deeply sympathetic characters cope with the hard truths of slavery and war, maintaining their humanity and capability for redemption throughout. A thoroughly engrossing and affecting read.” —Alice LaPlante, author of A Circle of Wives

1. The story is told in documents—letters, inquest reports, and diary entries—rather than a continuous narrative from one point of view. What do you think the writer intended to achieve by using this approach to the story? What was the effect on you as a reader?

2. Placidia agrees to marry Major Gryffth Hockaday after knowing him for less than a day. What do you think motivates her to accept his proposal?

3. Discuss the role played in the novel by the ghost of the first Hockaday. Why do you think she haunts Holland Creek? What does her relationship with Placidia tell you about the second Mrs. Hockaday?

4. Placidia seems to have a close relationship with her father, Quincey Valois Fincher, but her perception of him changes when she discovers that he fathered a child with a slave girl while Placidia’s mother was alive and allowed that child to be sold away. Recent genetic evidence shows that many of our country’s founding fathers, including Thomas Jefferson and George Washington, maintained “shadow” families of mixed-race descendants on their plantations. How do you think high-society Americans in the eighteenth and nineteenth centuries rationalized the sexual exploitation of enslaved African American women?

5. Many people in Holland Crossroads believe that Placidia murdered her infant son before burying him on the farm. Placidia denies harming the baby. What version of events do you believe?

6. Discuss Gryffth Hockaday’s state of mind as you interpret it from his letters to Placidia. How do his views on the war appear to change? How does he view his responsibility to Placidia?

7. Placidia’s grown son, Achilles Hockaday, is repeatedly instructed by his father to burn the copy of David Copperfield that contains Placidia’s wartime diary. Discuss Achilles’s decision to read his mother’s diary. Would you have done the same?

8. Placidia’s final entry in her diary is also the conclusion of the novel. Do her final words and images leave you hopeful? Sad? Enlightened? Conflicted? What do you think she means by the statement “Paradise . . . costs too much” (page 254)?

An essay by Susan Rivers on the inspiration behind The Second Mrs. Hockaday

In the summer of 2014, I was in the library near my home in rural South Carolina. I was doing research for a book I’d been trying to write on and off (mostly off). It can be a hellish experience for a writer when no amount of work on a project pays off in terms of the story taking flight, and that was the case with my draft about a middle-aged woman living on a farm during the Civil War. I seemed unable to locate the nexus of the story, what Turkish novelist Orhan Pamuk so aptly refers to as “the secret center.”

On that July day, however, locked in the tiny, stifling History Room, I stumbled across the summary of an 1865 inquest. As soon as I read it, I knew this was a story begging to be told in novel form. A Confederate soldier who had been away from his teenaged wife for four years arrived home at war’s end to confront rumors that his bride had become pregnant while he was away. It was alleged that she had given birth to a son who had been killed and buried on their farm. The baby’s remains were unearthed, and the angry husband pushed to have his wife indicted for murder. The young woman refused to speak about the baby or to name the father. She maintained this silence for the rest of her life, even though she and her husband eventually reconciled.

I was electrified by the plight of this young woman and by the extraordinary courage she must have possessed to face this ordeal alone in a war-torn world. I gathered up my things and ran home from the library with the voice of a fictional soldier’s wife, the second Mrs. Hockaday, already telling me her story and an entirely new novel taking shape around her voice. The rest of that summer is a blur in my memory. That’s because writing this manuscript was the most intensely concentrated, inspiring, and creatively engaging process I have experienced in all my writing years. Writing the first draft of this novel, which I did in a period of twelve to fourteen weeks, was an experience very similar to falling in love: I was unable to eat, sleep, or think productively about anything but the beloved. Pamuk also says that “the task of writing a novel is to imagine a world,” and the longer I spent time with Placidia Hockaday—as Holland Creek collapsed around her, the farm besieged by bummers, kidnappers, runaway servants, and slumming Charlestonians, and as her values shifted and she came to see the Confederacy’s lost cause for what it was—the more I felt I was closing in on the secret concealed at the heart of her dilemma. It lay in Placidia’s experience of the war as a woman, as someone her son Achilles describes long after her death as a lonely girl “whose spirit ruled her life, for good and ill.”

I don’t remember consciously deciding how the novel would be written. It began writing itself as it wished to be, in the form of linked found pieces: the inquest record, letters to and from the main characters, and the diary that Placidia kept as she struggled on her own at Holland Creek, entries written on the backs of illustrations in her copy of David Copperfield. I suspect I was strongly drawn to the epistolary form by the dormant playwright in me. A decade of my life was spent writing and working in regional theater, and I think I wanted to steal some of the theater’s intimacy for this novel by allowing the characters’ voices to speak directly into the reader’s ear without narrative filters. Even a first-person viewpoint was too limiting in this context, because the story extends beyond Placidia’s death to include members of the next generation who are strongly affected by her revelations and by the legacy of the blue-eyed man who is her “darker kinsman.”

At the center of the novel is the love story of Placidia and Gryffth Hockaday. They enter into their marriage with a recklessness born out of wartime urgency, only to be parted almost immediately. Gryffth’s duties as a field officer in the 13th South Carolina regiment keep him far away in Virginia, while back at Holland Creek, Placidia struggles to cope not only with the endless tasks required in running a farm but with the disintegration of an entire society. Like the heroes in the ancient epics, she is rewarded for her journey of sacrifice and struggle with knowledge. But that knowledge comes at a terrible price.

Gryffth pays dearly for his own survival on the bloody fields of Gettysburg and Spotsylvania, with Placidia telling her cousin Mildred that he “won’t allow his suffering to have meaning.” When he returns, the two of them must find a way to regain trust and rebuild their lives in spite of their damaged hearts. They must also redefine their dependency on and kinship with the enslaved people at Holland Creek, African-Americans who are carving out new roles for themselves in the chaotic aftermath of the Civil War. Placidia and Gryffth must reconcile themselves not merely to a changed marriage, but to a changed world.

Writing is hard, lonely work for the most part. But when it is fueled by inspiration, and when the stories begin falling headlong onto the page like treasures spilling from a buried chest, it is the most purely ecstatic experience most writers are ever likely to experience. That might be why it’s so difficult to put a novel to rest once it’s finally complete, accepting that the characters you’ve become so intimately familiar with will have to carry on without you. Crouching beside Placidia in her room at dawn, scrubbing blood off the walls before the servants arrive at her farmhouse, I felt the beauty, the anguish, and the paradoxically fragile power of her existence in my fictional world. For that short time before the sun rose over the ridge, I shared the secret center with her. And it was heaven.