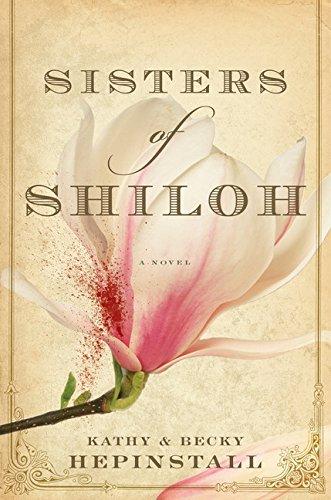 A best-selling novelist enlists her own sister to bring us the story of two Southern sisters, disguised as men, who join the Confederate Army—one seeking vengeance on the battlefield, the other finding love.

In a war pitting brother against brother, two sisters choose their own battle.

Joseph and Thomas are fresh recruits for the Confederate Army, daring to join the wild fray that has become the seemingly endless Civil War, sharing everything with their fellow soldiers—except the secret that would mean their undoing: they are sisters.

Before the war, Joseph and Thomas were Josephine and Libby.

A best-selling novelist enlists her own sister to bring us the story of two Southern sisters, disguised as men, who join the Confederate Army—one seeking vengeance on the battlefield, the other finding love.

In a war pitting brother against brother, two sisters choose their own battle.

Joseph and Thomas are fresh recruits for the Confederate Army, daring to join the wild fray that has become the seemingly endless Civil War, sharing everything with their fellow soldiers—except the secret that would mean their undoing: they are sisters.

Before the war, Joseph and Thomas were Josephine and Libby. But that bloodiest battle, Antietam, leaves Libby to find her husband, Arden, dead. She vows vengeance, dons Arden’s clothes, and sneaks off to enlist with the Stonewall Brigade, swearing to kill one Yankee for every year of his too-short life. Desperate to protect her grief-crazed sister, Josephine insists on joining her. Surrounded by flying bullets, deprivation, and illness, the sisters are found by other dangers: Libby is hurtling toward madness, haunted and urged on by her husband’s ghost; Josephine is falling in love with a fellow soldier. She lives in fear both of revealing their disguise and of losing her first love before she can make her heart known to him.

In her trademark “vibrant” (Washington Post Book World) and “luscious” (Atlanta Journal-Constitution) prose, Kathy Hepinstall joins with her sister Becky to show us the hopes of love and war, the impossible-to-sever bonds of sisterhood, and how what matters most can both hurt us and heal us.

Kathy and Becky Hepinstall are sisters. They grew up in Texas. Kathy is the author of the best-selling The House of Gentle Men, The Absence of Nectar, Prince of Lost Places, and Blue Asylum. Kathy is an advertising writer and creative director and has a master’s degree in literature and composition from the University of Houston. Becky has a degree in history from the University of Texas at Austin. Sisters of Shiloh is their first collaborative work.

“Sisters of Shiloh is an unsparing, bloody, emotional tour-de-force. With Kathy’s experience as a bestselling author and Becky’s history degree, the Hepinstalls are a highly effective writing team. They present lucky readers with a tale of love and hate, vengeance and devotion, and the darkest secrets imaginable. Highly recommended for all.” —Historical Novels Review

“The Hepinstall sisters provide a fascinating glimpse into Civil War life from an unconventional perspective.” —Kirkus

“The very best historical fiction delivers us into another time and place. In Sisters of Shiloh, Kathy and Becky Hepinstall plunge us so deeply into a complete and vividly rendered world of Civil War battlefields and Confederate campsites, we can smell the gun powder and taste the metallic tinge of fear along with their remarkable heroines.” —Janis Cooke Newman, author of Mary

In the opening chapter of the novel, whom does Libby wait to meet in the woods? What does this character ask of her? What do they say about Libby’s sister Josephine? Does Libby believe them?

Why does Josephine decide to accompany her sister Libby in joining the Confederate army? Do the two sisters share the same views about the war or do their opinions about the war vary? Why do you think this is so? What seems to have shaped the views of each of the women? Discuss.

What does Josephine indicate that she resents about Arden the most? What does she believe Arden took away from her sister? Do you agree with her? Why or why not? How did Arden feel about Josephine? What may have caused Arden to resent Josephine?

Evaluate the use of Les Misérables in the novel. How do the soldiers respond to the story of Les Misérables? Why do you think this is? What might this suggest about storytelling and literature?

Analyze the book’s treatment of war. Does the book focus more on the reasons for the war or the effects of war? Where do we see this in the novel? Why do you think the authors may have made this choice?

Why does Libby decide that she must avenge her husband’s death? Is she successful in her mission? Does she seem to achieve any catharsis or healing via this plan? What other examples of vengeful acts are found in the novel and what do the characters feel they are avenging? What does the novel ultimately suggest about the notion of revenge?

How does Josephine respond to the Yankee buried at their family’s residence? What does she learn about her father’s treatment of this soldier?

How does Eleanor react when she discovers Wesley and Josephine on her property? How does she feel about the Confederacy? Are her views surprising? Why or why not?

Evaluate the theme of sisterhood/brotherhood and sorority/fraternity. How are these terms defined within the novel? What unites “sisters” and “brothers” and causes them to feel loyalty to or affinity for one another? Alternatively, what causes division among people in the book? What might this suggest about the war?

Evaluate the setting of the book. Why do you think that the authors chose to include so many descriptions of the beauty of nature in the novel? How does the contrast created by these scenes contribute to a dialogue about war and human nature?

Which of the characters support the war and which oppose it? How are those who are against the war treated? Are they allowed to protest or to voice their opinions? Who is perceived as a traitor by other characters in the novel and why? Who considers themself to be a traitor, and who or what do they believe they are betraying?

Evaluate the theme of honor. Which of the characters act honorably? What motivates them to act in this way? Does the novel ultimately indicate what is honorable or how honor should be defined or redefined?

As the story nears its conclusion, why does Josephine believe she “had been put on this earth” (228)? How does this belief shape or determine the important decision she makes shortly thereafter? Do you believe that she made a good choice or the right choice? Why or why not?

How does Josephine’s view of Arden change by the story’s end and what causes her perspective to change? What does her view seem to suggest about human nature?

Compare Sisters of Shiloh to other contemporary works of civil war literature. What does this novel have in common with these other works? What themes seem to recur among the works? Whose point of view are the stories told from? What would you say sets the Hepinstall sisters’ novel apart from these other works?