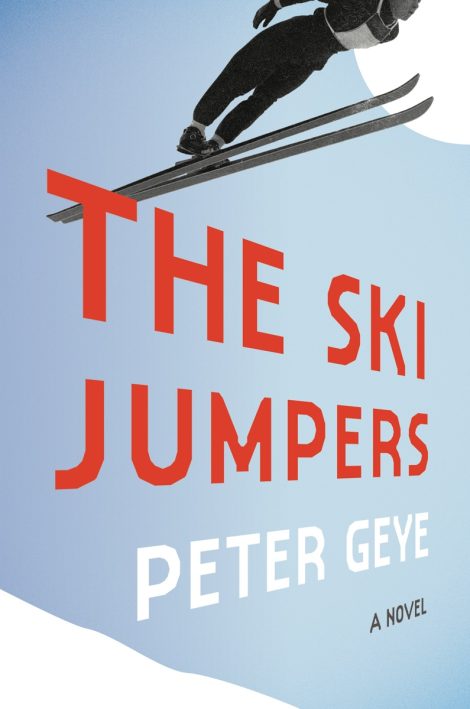 In a bravura performance, Peter Geye follows Jon deep into the past he tried so hard to leave behind,

In a bravura performance, Peter Geye follows Jon deep into the past he tried so hard to leave behind, telling the story he spent his life escaping. It begins with a flourish, his father and his hard-won sweetheart fleeing Chicago, and a notoriously ruthless gangster, to land in North Minneapolis. That, at least, was the tale Jon heard, one that becomes more and more suspect as he revisits the events that eventually tore the family in two, sending his father to prison, his mother to the state hospital, and placing himself, a teenager, in charge of thirteen-year-old Anton. Traveling back and forth in time, Jon tells his family’s story—perhaps his last chance to share it—to his beloved wife Ingrid, circling ever closer to the truth about those events and his own part in them, and revealing the perhaps unforgivable violence done to the brothers’ bond.

The dream of ski jumping haunts Jon as his tale unfolds, daring time to stop just long enough to stick the landing. As thrilling as those soaring flights, as precarious as the Bargaard family’s complicated love, as tender as Jon’s backward gaze while disease takes him inexorably forward, Peter Geye’s gorgeous prose brings the brothers to the precipice of their relationship, where they have to choose: each other, or the secrets they’ve held so tightly for so long. 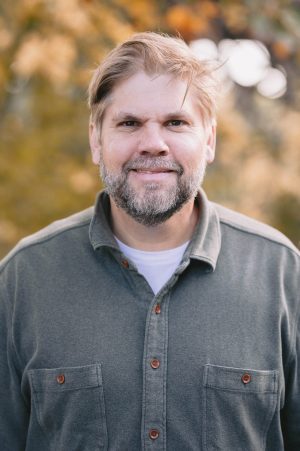 Peter Geye is author of the award-winning novels Safe from the Sea, The Lighthouse Road, Wintering (winner of the Minnesota Book Award), and Northernmost. He teaches the yearlong Novel Writing Project at the Loft Literary Center. Born and raised in Minneapolis, he continues to live there with his family.

“The Ski Jumpers is a remarkable story about love: between two brothers, and between a father and son. But it’s also about the intense love of place, and a time in three lives when gravity had less hold and a spirit might fly. Peter Geye brilliantly captures the physicality of our connection to a landscape and to the moments when—despite incalculable loss—we bring the best of ourselves.”—Peter Heller, author of The Dog Stars, The River, and The Guide

“Peter Geye writes full-hearted novels made for winter, and The Ski Jumpers is his best to date. I love these stoic Bargaards, whose religion of flight embraces profane saints, secret chambers, and dazzling acts of sacrifice. Geye wraps his tale in prose that soars as we hold our breath, then brings it all home with the elegance of a Telemark landing. If you already know his work, this book will surprise and delight you; if you’re new to Peter Geye, The Ski Jumpers is the perfect place to start.”—Leif Enger, author of Virgil Wander

“With great warmth and insight, Peter Geye has crafted a multigenerational epic of a talented family haunted by secrets and mystery. At its heart is the story of two estranged Minnesota brothers, each devastated in different ways by the past and facing uncertain futures, who must now rekindle their bond to save each other. With a family history forged by crime, betrayal, abandonment, and the unalienable thrill and heartbreak of a dangerous sport, the only thing more elusive than victory is forgiveness—and forgiving oneself may be the hardest task of all. Geye’s tender, patient storytelling, exhilarating tension, and indelibly Midwestern characters make The Ski Jumpers unforgettable.”—J. Ryan Stradal, author of The Lager Queen of Minnesota

“This elegiac waking dream of a writer and former ski jumper colliding with his own mortality is a timeless, weightless leap into the winter air of memory; with landing will come irreversible loss, and an ending. In Peter Geye’s achingly beautiful story of city and north woods, of complex family relationships and surprising sacrifices and strengths, an appreciative maturity emerges, a wisdom grown from age and experience.”—Linda LeGarde Grover, author of In the Night of Memory

“Like its ski jumping protagonists, this family saga takes flight with a hammering heart and soars through questions of debt, failure, courage, and reconciliation. It’s both distinctly Minnesotan and hugely humane . . . I was deeply moved.”—Kawai Strong Washburn, author of Sharks in the Time of Saviors

1. Jon Bargaard, the narrator of the novel, is a novelist who has long hoped to write a book called The Ski Jumpers, but given his recent diagnosis of younger-onset alzheimers, he insists he’d rather not delve into the project of writing this last story. And yet, here is a book titled The Ski Jumpers, which tells Jon Bargaard’s story. What do you think the author meant to convey by employing this narrative sleight of hand?

2. At one point in the novel, the narrator declares, “Every old ski jumper is a liar.” Does the fact of this cause you to look at the stories Jon tells any differently? Does it give you pause when regarding his reliability as a narrator? Does the fact that he’s withheld so much from his wife over their long marriage exacerbate your doubt?

3. Complicated family relationships are at the core of this novel. Jon and his brother Anton have been estranged for most of their adult lives. Same with Jon and his mother, Bett. How have these schisms shaped the characters in this novel? Do you have more empathy for certain characters? Why?

4. There are also deep and abiding relationships in this novel, especially between Jon and his own family, including his wife, Ingrid. Despite their closeness, even their dependence on one another, it’s also true Jon has kept the biggest secret of his life from her. Does this complicate your feelings about Jon? Does his coming clean with her absolve him of this mistake? At times, Ingrid seems to be roused to anger. What would your response be to the sort of news Jon finally delivers?

5. Sheb and Patallo are a couple of unsavory characters, cut from the same cloth. Both are morally suspect, criminally minded, and given to corruption, even violence. But do either of them possess redeeming characteristics? What are they? If you had to have dinner with one of them, which would it be? And why?

6. One of the most important dynamics in the novel exists between Jon and Anton, and much of the tension in that dynamic stems from a fateful decision Jon makes about what’s best for his brother when he steals him away from St. Balder’s School for Boys. What do you think about Jon’s decision to do that? What would you do if you found yourself in a similar situation?

7. One of the consequences of taking Anton from St. Balder’s is that they end up on the shores of Lake Forsone, at the childhood cabin of Noah Torr, who is a character from Safe from the Sea. Greta Eide, who is one of the protagonists from Northernmost (both books are also by Peter Geye), makes a guest appearance in The Ski Jumpers as well. What other connections do you see between this book and the author’s previous novels? What themes are revisited in the context of his whole body of work?

8. One of the things Peter Geye is often commended for are his careful descriptions of the north woods, and the shore of Lake Superior in particular. What are some of your favorite descriptions of northern Minnesota in this novel? Or Lake Superior? Is there any significance between those more bucolic settings and the gritty world of the city, especially the Minneapolis bar Anton manages?

9. Ski jumping is more than a subject in the novel. Over the course of the book, it becomes an organizing principle, a cause for reflection—of both regret and great satisfaction—and a source of drama as all three Bargaards compete in fateful competitions. Which of these many experiences resonated the most with you? Which do you think was most meaningful, and why? Which descriptions came closest to giving you the vicarious thrill of participating in the sport yourself?

10. The author takes great pains to describe the myriad senses and experiences of ski jumpers. In fact, those descriptions become the backbone for much of Jon’s experience with the rest of life. What are some of your favorite such depictions? Would you ever consider trying the sport? If not, why? If so, please visit usanordic.org to find the nearest ski jumping club.