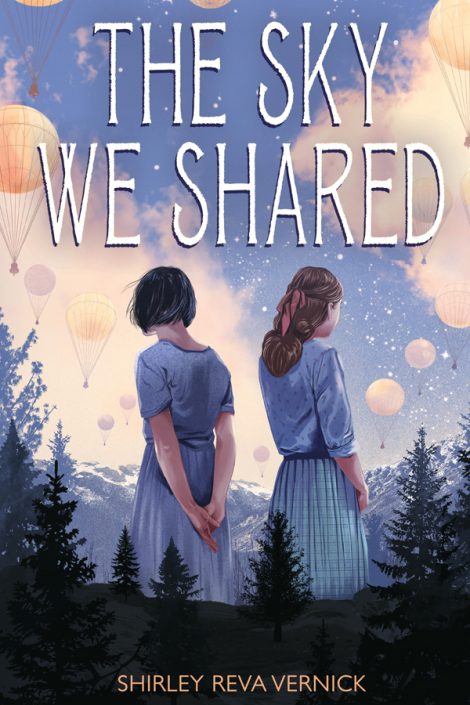 THE SKY WE SHARED

In southern Japan, Tamiko spends her time writing in her diary, dreaming of making theatrical costumes, and praying her brother Kyo makes it back from the war. She wishes she could be brave like him and help the war effort.

In rural Oregon, Nellie spends her time lying in the grass, studying the stars, and wishing for her pa to return from the war and that the boy next-door neighbor, Joey, would talk to her again like he used to.

Tamiko and her classmates are brought to a damp,

In southern Japan, Tamiko spends her time writing in her diary, dreaming of making theatrical costumes, and praying her brother Kyo makes it back from the war. She wishes she could be brave like him and help the war effort.

In rural Oregon, Nellie spends her time lying in the grass, studying the stars, and wishing for her pa to return from the war and that the boy next-door neighbor, Joey, would talk to her again like he used to.

Tamiko and her classmates are brought to a damp, repurposed theater to make large paper balloons to help the military.

No one knows what they are for.

Nellie and her classmates ration food, work in salvage drives, and support their community.

No one knows what’s coming.

Based on Japan’s Project Fu-Go during the last stretch of World War II, The Sky We Shared uses the alternating perspectives of Nellie and Tamiko to depict the shared tragedies of two countries at war. 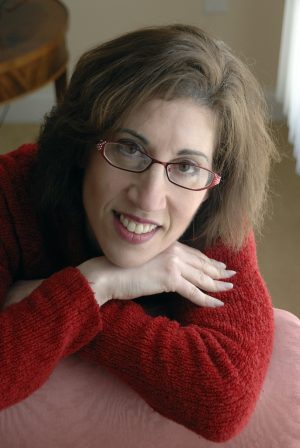 Shirley Reva Vernick is an award-winning author and journalist. Her previous works include The Blood Lie, Remember Dippy, and The Black Butterfly. Her interviews and feature articles have appeared in numerous magazines,, national newspapers, and university publications. She also runs a popular storytelling website, storybee.org, which is used in schools, libraries, hospitals, and homes all over the world. Shirley graduated from Cornell University and is an alumna of the Radcliffe Writing Seminars. She lives in Amherst, Massachusetts.

“[Contains] a central, meaningful message about the flimsiness of hatred.”—Foreword Reviews

2. Discuss the perceptions of Japanese and American people from both Tamiko and Nellie’s perspectives. How does their thought processes change throughout the book? How does propaganda fuel their perceptions?

5. How are Tamiko and Nellie’s friendships affected by the war? What are some of the ways that they must navigate relationships with their friends throughout the book?

6. What is the author’s message about war’s human cost? What do you think Shirley Reva Vernick wanted to impart on the reader about the impacts of World War II?

7. Joey Cooper is angry that his older brother died in battle. He directs this anger toward the returning Japanese Americans. Why do you think he does this?

8. What is the role of propaganda in the book? How do Tamiko and Nellie both interact and deal with the presence of propaganda? How are these themes relevant in our society today?

9. What are living conditions like for Tamiko and Nellie during the war? Compare and contrast each of their home environments and the effects on them mentally and physically.

10. What is the role of “enemy” in The Sky We Shared? What is an “enemy” to Tamiko? To Nellie? How does the concept of “enemy” evolve?

11. How does violence and death from the war impact both Tamiko and Nellie? How do they cope with the trauma from the war and from experiencing such tragedy?

12. What do Tamiko and Nellie both come to understand at the conclusion of the book? How does their realization demonstrate their characters’ journeys?

14. How do the themes present in The Sky We Shared connect to our world today? How do the events that transpire throughout the story relate to current events?

Lee & Low Blog: BEHIND THE HISTORY

In this guest post, author Shirley Reva Vernick shares her personal connections to historical events and how they led her to write about history in her novels.

The younger me would be stunned to know how much history content I consume. Back in my student days, history was often presented to me as a string of loosely knit factoids. Studying it felt impersonal, distant—a jumble of dates, battles and maps that weren’t much fun to investigate.

Then in college, I serendipitously learned that Real History had happened in my own hometown, a remote village on the Canadian border. My sociology professor had sent us home for fall break with an assignment: identify a local conflict, past or present, and write a paper analyzing it. I thought I was sunk because nothing controversial or exciting ever happened in placid little Massena, NY. I asked my dad if he had any ideas, and that’s when he told me about the blood libel that happened in Massena when he was growing up there. A Gentile child had disappeared (in truth, she’d only gotten lost while playing in the woods behind her house), and the Jewish community was accused of murdering her and taking her blood for a ritual sacrifice. My father’s family, along with the other Jewish families in town, was targeted with interrogations, property searches, boycotts, and threats of physical harm. A few years after that, Hitler would use the blood libel as part of his attack on Jews.

Learning about the local blood libel was a turning point for me. It showed me that history is made of real, three-dimensional people, some of whom are a lot like me, others of whom are very different. It proved that seemingly isolated incidents are often part of a complex web of issues. And it demonstrated that the past ripples into the future, into the now.

The Massena blood libel inspired my first novel, The Blood Lie. It also sparked what became a lifelong fascination with history-focused books, podcasts, magazines and websites, both for my own personal interest and in search of that next nugget of history to share with young readers. That’s how I first heard about the WWII Fu-Go project, on which The Sky We Shared is based.

There’s a major gulf, though, between hearing about a historical event and knowing enough about it to write even a fictionalized version. That gulf is bridged by research, now a favorite activity of mine. Once I came upon the Fu-Go project, I was eager to immerse myself in the facts of it, as well as in the socioeconomics, politics and zeitgeist of the era.

I read newspaper reports from the time (1945), and delved into relevant books, journal articles, government websites, museum information, and other resources. I wanted to know exactly what happened in the war that year, and I also wanted to know more general information about life in the 1940s. What did kids wear? What music did people listen to on the wireless? What idioms and slang were in popular use?

Since half the book takes place in Japan, I also worked directly with some talented experts in Japanese culture, history and language. One of those experts––I was so lucky to know him––actually grew up in Japan during WWII and was able to share firsthand accounts of the history described in the novel. Since the University of Massachusetts is in my town, I was able to connect with their department of Eastern studies for all sorts of support. My alma mater, Cornell, also came through with a language expert.

Weaving my characters’ stories into the real wartime history felt seamless, since the characters’ everyday lives revolve around the events of the war and the Fu-Go project. The characters’ concerns, thoughts and feelings, then, are the concerns real people felt in 1945: When will my father or brother come home from the war? Will our town be bombed? Will we have enough to eat? Who will win the war? What will happen tomorrow?

The characters’ formative years take place during a time of fear, hate, propaganda . . . and of bravery, compassion and friendship. I wanted to show both sides of this coin on both sides of the world. Fortunately for me, once I put Nellie, Tamiko and the other players into the setting, they pretty much told their own stories—I was just their scribe. And that, for me, is the writer’s life at its best.