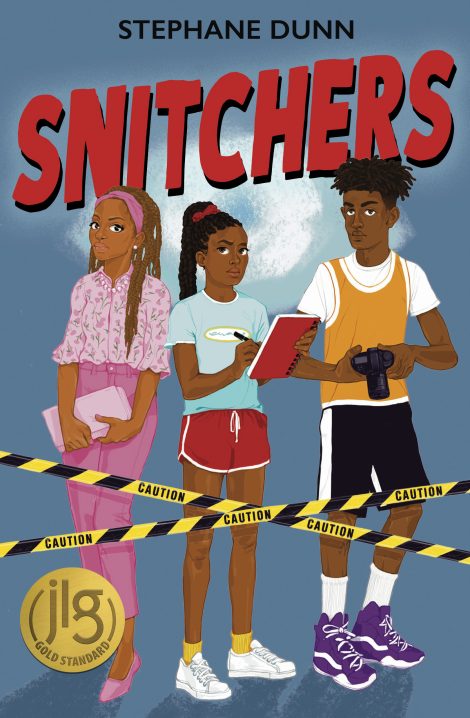 Nia Barnes is preparing to enter high school and trying to stay on her mama’s good side. Life in their small Midwestern city hasn’t been the same since her father was shot down in the middle of the night with no witnesses. The unsolved murder has haunted Nia ever since, driving her love of detective novels and true crime stories. And the violence isn’t just where she lives–it’s everywhere. Nia can’t stand that nothing can stop it.

When the little boy she babysits is caught in the crossfire of a drive-by shooting, it devastates Nia, her friends, and the community.

Nia Barnes is preparing to enter high school and trying to stay on her mama’s good side. Life in their small Midwestern city hasn’t been the same since her father was shot down in the middle of the night with no witnesses. The unsolved murder has haunted Nia ever since, driving her love of detective novels and true crime stories. And the violence isn’t just where she lives–it’s everywhere. Nia can’t stand that nothing can stop it.

When the little boy she babysits is caught in the crossfire of a drive-by shooting, it devastates Nia, her friends, and the community. She and her best friends Dontay and Miracle Ruth want to do more than be sad and afraid. The trio secretly sets out to find who murdered Little Petey and get him justice. They look up police reports and listen to the conversations of their elders; they try to follow suspects the way Nia’s favorite teen detectives might. But the search for truth isn’t straightforward, especially when you’re somewhere between being kids and adults, and people want peace but are afraid to talk. If Nia and her friends solve the crime, more people might end up dead. Is that justice? Should they still try?

Writer and filmmaker Stephane Dunn makes her YA debut with this endearing, heart-wrenching novel about loss, truth, and the reality of violence in communities everywhere. 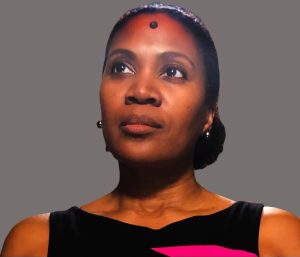 Stephane Dunn is a writer, filmmaker and professor. Her work has appeared in The Atlantic, Vogue, Ms. magazine, Chronicle of Higher Education, CNN.com, The Root, and Best African American Essays 2009, among others. She is the author of Baad Bitches & Sassy Supermamas: Black Power Action Films, and the Tirota/Finish Line Social Impact Script Competition award-winning screenplay, Chicago ’66. She lives in Atlanta, Georgia, with her family. Find her on Twitter at @DrStephaneDunn.

“A thrilling story grounded in a thoughtful exploration of social themes.”—Kirkus Reviews

1. Nia lost her father at a young age, and she deals with the trauma of his death in various ways throughout the novel. How does her father’s death change the way she looks at life? Who was she before he died? What did she like to do? How is she after his death? What did she stop doing?

4. How do the Nancy Drew novels inspire Nia? What is Nia’s relationship with these novels? How does the inspiration playout through the story?

5. What stands out to you about the resistance Dontay is giving Nia about investigating Little Petey’s death? Why do you think he is so worried about being labeled as a “snitch”? Why is it important for Nia to breakdown what it means to be a snitch?

7. How does Nia use her pen pal relationship with Alima to help deal with the trauma of losing Little Petey? What connection(s) does she share with her pen pal?

9. What do you notice about how Nia describes the death of her grandfather, her dad and Little Petey? How does she describe the physical effects of dealing with grief and death?

10. What message does Reverend Don King deliver at Little Petey’s funeral? Why is this message so powerful? What does he say about living in violence?

11. What is special about the relationship between Nia and Nana Mae? How does Nana Mae make Nia feel? Why did you think Nia asks Nana Mae to tell her the story of Nzinga?

12. Why do you think it was important for Nia, her mother and Nana Mae to seek counseling? What is powerful about the author talking about going to therapy?

13. Why do Nia and her friends decide to do a film on “Stop the violence”?

14. What role does the community play in Snitchers? How does Little Petey’s death bring together the community?

15. Ahmad and his father are having a conversation about Big Pete when he says “Son, we talked about this how many times? What he was and what he is now is two different things.” What does his father mean when he says this? How does this apply to those in the community like Big Pete and Lightning?

16. What relationship does the police have with the community? Why do you think that? Do people trust that the police will help stop crime and bring justice to the victims of gun violence?

17. What does the title Snitchers mean to you after reading? Why do you think the author chose this particular title?

18. In the author’s note, Stephane Dunn writes, “However, neither pessimism nor acceptance is the way”. How did you see this represented in the novel through Nia and her friends journey for justice?

A lady on this talk show I saw once told a story about a time she had died. Her heart stopped beating, and the doctors shocked her chest like three times and still no heartbeat, no pulse. They pronounced her dead. Then she coughed, and the doctors and nurses about fell out. She said dying was like sinking back into the womb. But who remembers that? She saw a light, but it wasn’t the kind that blinded you. She called it angel light. After that, I would try to imagine the light as I lay on my bed, looking up at the ceiling, wondering if Daddy had seen the light when he was dying. I closed my eyes and put my arms flat on each side of my body, hands palms down with my legs pressed together and my feet parted in a small Y. I made my body a mannequin and breathed in through my nose, pressing my lips tightly so no air escaped. One thousand one, one thousand two, one thousand three, one thousand four, one thousand five, one thousand six . . . one thousand ten. One thousand thirteen . . . My chest tightened. Colors twisted and spiraled out of control in my head. I began to drift off somewhere but whether to a light or warmness, I didn’t know. I panicked and opened my nose and mouth, glad to be gasping air.

The thing was, I didn’t want to die ’cause I knew there was no coming back from being truly dead. The lady on TV had maybe glimpsed the angel light. I hoped it had been there for my father and he’d gone to heaven like everybody said, though it was hard to picture millions of people somewhere way up beyond the clouds, above gravity, chilling every minute in some paradise with streets paved with gold, and I couldn’t imagine the opposite either, every single sinner in the world, millions of them, burning forever every day in a lake or a furnace so enormous it could hold them all.

The last time I was with my father, I didn’t wrestle sleep away to do more than hang a lazy arm around his neck as he hugged me and kissed my cheek. Then he whispered, “See you later, Bright Eyes,” and left. I didn’t know that was the last time I’d see him, so I hadn’t taken the chance for one last bear hug. Mama’s and Daddy’s voices drifted in and out as they talked outside my door before heading downstairs. It was a Wednesday night in August and supposed to be his night off.

“I don’t know why they gotta call you all the time like you the only paramedic they got.”

“Come on now, Dot-Baby. It’s not always me, but my boy need me to cover for him. Ain’t like he asks a lot.”

“All somebody gotta do is give you a sad story, and while you working, they off partyin . You too soft, Les.”

“Now, I didn’t hear no complaints a little while ago. You just focus on keeping that bed warm till I get back.”

I knew they would kiss before my mother shooed him out and locked the door. I had dozed off with the memory of us laughing over the stuffed lamb Daddy had won her at the carnival. The thing was ridiculously big and very pink like the color of this medicine for an upset stomach, so Mama had given the stuffed animal the same name, Pepto Bismol.

Our last day together wrapped around me like the comforter I slept with during winter months. If there was a sign of what was to come, I didn’t catch it.