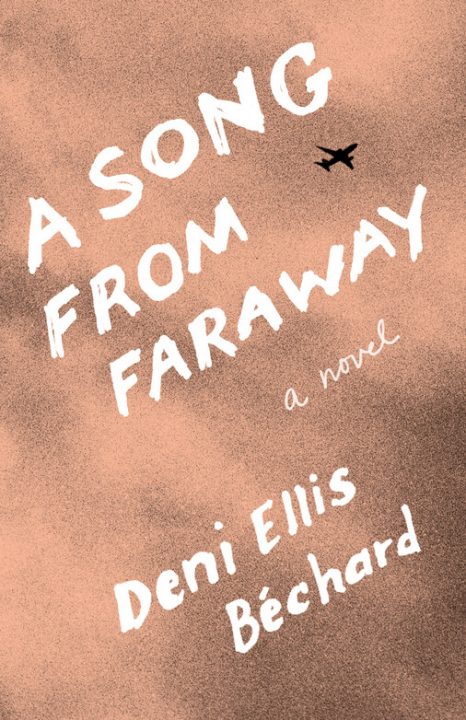 A SONG FROM FARAWAY

With his first book, the Commonwealth Prize-winning Vandal Love, Deni Ellis Béchard “reinvented the generational novel with innovative brilliance” (Robert Olen Butler). In his second novel, Into the Sun, he offered “a ferociously intelligent and intensely gripping portrait of the expatriate community in Kabul” (Phil Klay). Most recently, Foreword Reviews described his third novel, White, as “captivating, careening, thrilling, and magical.” In this, his fourth work of fiction, Béchard takes readers from nineteenth-century Prince Edward Island to modern-day Iraq, tracing the story of a North American family that is at once singular and emblematic,

With his first book, the Commonwealth Prize-winning Vandal Love, Deni Ellis Béchard “reinvented the generational novel with innovative brilliance” (Robert Olen Butler). In his second novel, Into the Sun, he offered “a ferociously intelligent and intensely gripping portrait of the expatriate community in Kabul” (Phil Klay). Most recently, Foreword Reviews described his third novel, White, as “captivating, careening, thrilling, and magical.” In this, his fourth work of fiction, Béchard takes readers from nineteenth-century Prince Edward Island to modern-day Iraq, tracing the story of a North American family that is at once singular and emblematic, and exploring the cultural repercussions of war and violence.

Reinventing themselves in often unexpected ways, the characters in this tapestry defy simplification. A pair of half-brothers come together and drift apart, one passive and risk-averse, the other driven by a passionate desire to understand their reclusive father. A student of Mesopotamian archaeology encounters a young Iraqi man and soon finds himself in Kurdistan, researching stolen artifacts along with mysteries in his father’s past. An Irish-Acadian soldier carries his fiddle and folk song across the battlefields of the First World War. An orphan-turned-assassin pursues his target across the deserts of Mexico and Texas, using a novel as evidence for his location. Growing together and then apart, these and others chase their dreams and run from their nightmares, hungry for life and longing for purpose.

Animated throughout by a striking beauty and ferocity, A Song from Faraway pieces together “stories we tell about ourselves,” illuminating the human condition and our times. 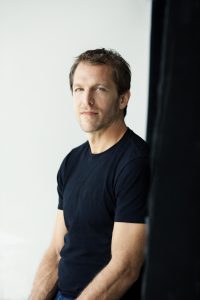 Deni Ellis Béchard is the author of seven previous books. His fiction includes Vandal Love, winner of the 2007 Commonwealth Writers Prize, Into the Sun, White, and, most recently, A Song from Faraway. He is also the author of Cures for Hunger, a memoir about growing up with a father who robbed banks, and Of Bonobos and Men, which won the 2015 Nautilus Book Award for investigative journalism. Béchard’s articles, fiction, and photos have been published in dozens of newspapers and magazines, including the Los Angeles Times, the Paris Review, The Guardian, Patagonia, the National Post, and Foreign Policy, and he has reported from India, Cuba, Rwanda, Colombia, Iraq, the Congo, and Afghanistan.

“Béchard’s poetic gifts give voice to the outsiders of society, and make them glow with humanity and love.” —Elizabeth McKenzie

“A Song from Faraway brings us around the world, singing a song about the folly of truth. It is unsettling and playful and uncanny and breathtaking. Deni Ellis Béchard does in this work what a novel should do; he makes it new and spellbinds us with it.”―Kathryn Kuitenbrouwer

“Brave and complex, A Song from Faraway is prose of the highest order, offering a masterclass of characters that have nowhere to hide under the harsh light of their flawed lives. In this blanched terrain, Béchard proves himself to be a magician of a storyteller, deftly commanding the reader’s attention with one hand while the other produces surprise after magnificent surprise.”―Dimitri Nasrallah

“Powerful, intimate, and compelling, Béchard’s novel will take your breath away. He shows us how fiction meets and transforms history to become fiction again, how what seems faraway―our fathers’ battles, ancient art, the people we love―is nearby, and how mystery continues to propel both our histories and our private lives.” ―Johanna Skibsrud

1. Throughout A Song from Faraway, characters are often found searching or chasing after things. What do you perceive to be the reasons for each of their explorative journeys? Do they find what they are looking for? Is there a certain end that they are all trying to get to?

2. The appeal of music and writing in A Song from Faraway touches many—if not all—of the characters. Joe Estrada reminisces about the songs of those before him: “I thought of the melody my grandfather whistled, that my father recognized when my other grandfather played it on the front. I thought of it and cried. I had never heard it though I felt I had” (169). What does music symbolize for the characters? In what ways do these creative outlets help or hinder them? What does the title indicate about place and the musicality mixed into the characters’ lives?

3. The novel deals with the repercussions of war and violence over many years. What resurfaces in the different chapters of the novel, and how do the characters reconcile the ongoing violence around them? In what ways are these repercussions still being dealt with?

4. Prejudice is prominent throughout the novel—consider Andrew’s disdain toward Hugh, the Arab and Kurd relationship, Francis Sheridan’s view of white superiority. How do the characters develop in these circumstances? What do these prejudices reveal about human nature?

5. A Song from Faraway tells stories through multiple points of view, and plays with the boundaries of truth. How does this impact the importance of truth-telling throughout the novel? How does the admission at the end affect all that has been revealed?

6. The structure of the book jumps back and forth in time, progressing, regressing, and traversing across many locations. The Kurdish general remarks, “‘Sooner or later, everything comes home’” (77). What and where is home for the family in this novel? What is accomplished by chronicling the novel in this way?

7. There are many generational divides in the novel that pit certain characters against each other. What parallels and differences can be seen regarding today’s society?

8. Throughout the novel, characters are repeatedly drawn to the idea of purpose, and finding their stories. Andrew ponders this: “Though I’d never felt the urgency Hugh did, maybe humans were hardwired with a need for story, and I was failing because of my lack of quest” (35). How does your perception of purpose correspond with the novel? How do stories like A Song from Faraway propel that urgency?

10. Throughout A Song from Faraway, Béchard creates characters that struggle with loyalty to their country and people. Andrew remembers his own father: “…he renounced his country over and over—the decisive act of his life” (23). How does this struggle resonate with culture today?