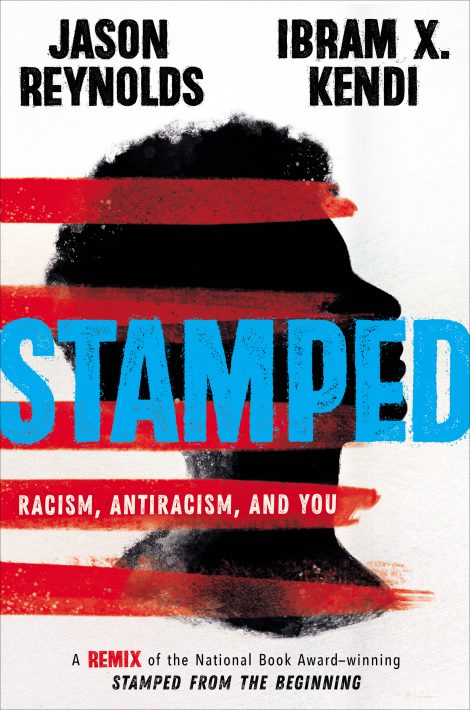 Racism, Antiracism, and You

A timely, crucial, and empowering exploration of racism–and antiracism–in America.

This is NOT a history book.
This is a book about the here and now.
A book to help us better understand why we are where we are.
A book about race.

The construct of race has always been used to gain and keep power, to create dynamics that separate and silence. This remarkable reimagining of Dr. Ibram X. Kendi’s National Book Award-winning Stamped from the Beginning reveals the history of racist ideas in America,

A timely, crucial, and empowering exploration of racism–and antiracism–in America.

This is NOT a history book.
This is a book about the here and now.
A book to help us better understand why we are where we are.
A book about race.

The construct of race has always been used to gain and keep power, to create dynamics that separate and silence. This remarkable reimagining of Dr. Ibram X. Kendi’s National Book Award-winning Stamped from the Beginning reveals the history of racist ideas in America, and inspires hope for an antiracist future. It takes you on a race journey from then to now, shows you why we feel how we feel, and why the poison of racism lingers. It also proves that while racist ideas have always been easy to fabricate and distribute, they can also be discredited.

Through a gripping, fast-paced, and energizing narrative written by beloved award-winner Jason Reynolds, this book shines a light on the many insidious forms of racist ideas–and on ways readers can identify and stamp out racist thoughts in their daily lives. 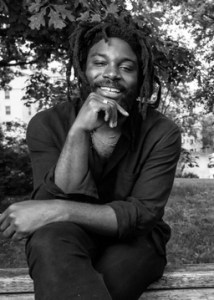 Jason Reynolds is the #1 New York Times bestselling author of many books, including When I Was the Greatest, Boy in the Black Suit, All American Boys (cowritten with Brendan Kiely), As Brave as You, For Every One, the Track series (Ghost, Patina, Sunny, and Lu), Long Way Down, and Look Both Ways. He is a two-time National Book Award finalist; the recipient of a Newbery Honor, a Printz Honor, and multiple Coretta Scott King Honors; and the winner of a Kirkus Prize, two Walter Dean Myers Awards, and an NAACP Image Award, among other honors. He lives in Washington, D.C and invites you to visit him online at JasonWritesBooks.com. 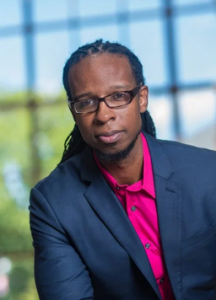 Ibram X. Kendi is the New York Times bestselling author of Stamped from the Beginning, which won the National Book Award for Nonfiction, The Black Campus Movement, which won the W.E.B. Du Bois Book Prize, and How to be an Antiracist. He is a professor of history and international relations and the founding director of the Antiracist Research and Policy Center at American University. One of America’s leading antiracist voices and a frequent public speaker, Dr. Kendi is also a columnist at The Atlantic. He lives with his family in Washington, D.C. He invites you to visit him online at IbramXKendi.com.

“An amazingly timely and stunningly accessible manifesto for young people….At times funny, at times somber but always packed with relevant information that is at once thoughtful and spot-on, Stamped is the book I wish I had as a young person and am so grateful my own children have now.” —Jacqueline Woodson, bestselling and National Book Award-winning author of Brown Girl Dreaming

“Teens are often searching for their place in the world, in Stamped, Reynolds gives context to where we are, how we got here, and reminds young people-and all of us-that we have a choice to make about who we want to be. This unapologetic telling of the history of racism in our nation is refreshingly simple and deeply profound. This is the history book I needed as a teen.” —Renée Watson, New York Timesbestselling and Newbery Honor-winning author of Piecing Me Together

“Jason Reynolds has the amazing ability to make words jump off the page. Told with passion, precision, and even humor, Stamped is a true story-a living story-that everyone needs to know. —Steve Sheinkin, New York Times bestselling and award-winning author of Bomb and Born to Fly

“The R-word: Racism. Some tuck tail and run from it. Others say it’s no longer a thing. But Dr. Kendi breaks it down, and Jason Reynolds makes it easy to understand. Mark my words: This book will change everything.” —Nic Stone, bestselling author of Dear Martin

“If knowledge is power, this book will make you more powerful than you’ve ever been before.” —Ibi Zoboi, author of the National Book Award finalist American Street

“Reading this compelling not-a-history book is like finding a field guide to American racism, allowing you to quickly identify racist ideas when you encounter them in the wild.” —Dashka Slater, author of The 57 Bus

“Readers who want to truly understand how deeply embedded racism is in the very fabric of the U.S., its history, and its systems will come away educated and enlightened. Worthy of inclusion in every home and in curricula and libraries everywhere. Impressive and much needed.” —Kirkus Reviews, starred review

1. Discuss each of the three positions: assimilationist, segregationist, antiracist. In what ways do people, past and present, demonstrate their imperfections by embodying ideas from one or more of these positions?

2. In what ways is racism woven into the fabric of American institutions? Where do you see evidence of this today?

3. Nigerian author Chinua Achebe (1930–2013) shares the following African proverb in his acclaimed novel Things Fall Apart: “Until the lions have their own historians, this history of the hunt will always glorify the hunter.” How does Reynolds’s truth-telling about Thomas Jefferson compare to narratives typically told about him as one of our nation’s founding fathers? How does this African proverb help shed light on why the storyteller matters when learning about events of the past and present?

4. At the beginning of Stamped and in chapter 13, Reynolds asserts, “Life rarely fits neatly into a box. People are complicated and selfish and contradictory.” Who are some of the complicated political figures, past and present, and what makes them complex?

5. Marcus Garvey spotlighted the issue of colorism, its origins, and the dangers of it. Is colorism equally as destructive as racism?

6. Reynolds demonstrates how racist ideas in the fields of science and mathematics—from eugen-ics to the creation and purposes of IQ and standardized tests—have been created and used to oppress Black and Brown people. How do we decide what to believe about a scientific claim?

7. When describing Black political movements such as the Mississippi Freedom Democratic Party (MFDP) and the Student Nonviolent Coordinating Committee (SNCC), Reynolds states, “The shift went from fighting for civil rights to fighting for freedom. The difference between the two is simple. One implies a fight for fairness. The other, a right to live” (p. 175). Expound on this idea. In what ways do you make a distinction between fairness and life?

8. Discuss the legacy of coded racial policies such as the Southern Strategy, the War on Drugs, and the Violent Crime Control and Law Enforcement Act that devastated Black communities and the ways this continues today. How do racist policies tarnish or delegitimize the ideals and purposes of government?

9. In Stamped, Reynolds exposes and debunks the myths of several master narrative themes such as: America is a meritocracy and anyone who works hard enough can succeed; truth and justice (or law and order) should be valued; people should be colorblind. In what ways is a color blind-ness approach toward race not only disingenuous but dangerous?

The Story of the World’s First Racist

Before we begin, let’s get something straight. This is not a history book. I repeat, this is not a history book. At least, not like the ones you’re used to reading in school. The ones that feel more like a list of dates (there will be some), with an occasional war here and there, a declaration (definitely gotta mention that), a constitution (that too), a court case or two, and, of course, the paragraph that’s read during Black History Month (Harriet! Rosa! Martin!). This isn’t that. This isn’t a history book. Or, at least, it’s not that kind of history book. Instead, what this is, is a book that contains history. A history directly connected to our lives as we live them right this minute. This is a present book. A book about the here and now. A book that hopefully will help us better understand why we are where we are as Americans, specifically as our identity pertains to race.

Uh-oh. The R-word. Which for many of us still feels rated R. Or can be matched only with another R word— run. But don’t. Let’s all just take a deep breath. Inhale. Hold it. Exhale and breathe out:

See? Not so bad. Except for the fact that race has been a strange and persistent poison in American history, which I’m sure you already know. I’m also sure that, depending on where you are and where you’ve grown up, your experiences with it—or at least the moment in which you recognize it—may vary. Some may believe race isn’t an issue anymore, that it’s a thing of the past, old tales of bad times. Others may be certain that race is like an alligator, a dinosaur that never went extinct but instead evolved. And though hiding in murky swamp waters, that leftover monster is still deadly. And then there are those of you who know race and, more critical, racism are everywhere. Those of you who see racism regularly robbing people of liberty, whether as a violent stickup or as a sly pick-pocket. The thief known as racism is all around. This book, this not history history book, this present book, is meant to take you on a race journey from then to now, to show why we feel how we feel, why we live how we live, and why this poison, whether recognizable or unrecognizable, whether it’s a scream or a whisper, just won’t go away.

This isn’t the be-all end-all. This isn’t the whole meal. It’s more like an appetizer. Something in preparation for the feast to come. Something to get you excited about choosing your seat—the right seat—at the table.

Oh! And there are three words I want you to keep in mind. Three words to describe the people we’ll be exploring:

There are serious definitions to these things, but . . . I’m going to give you mine.

Segregationists are haters. Like, real haters. People who hate you for not being like them. Assimilationists are people who like you, but only with quotation marks. Like . . . “like” you. Meaning, they “like” you because you’re like them. And then there are antiracists. They love you because you’re like you. But it’s important to note, life can rarely be wrapped into single-word descriptions. It isn’t neat and perfectly shaped. So sometimes, over the course of a lifetime (and even over the course of a day), people can take on and act out ideas represented by more than one of these three identities. Can be both, and. Just keep that in mind as we explore these folks.