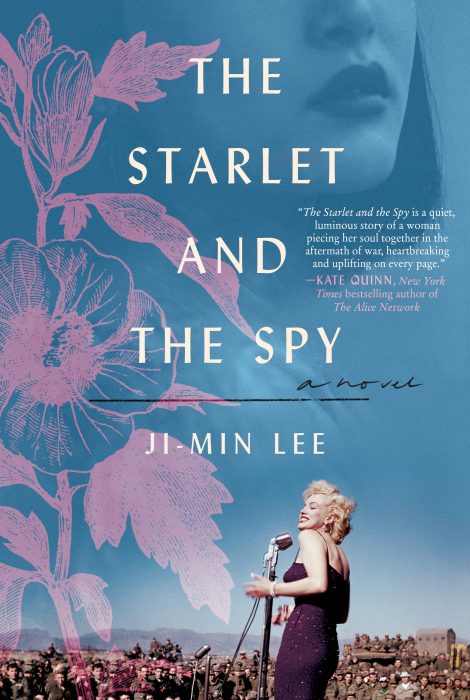 THE STARLET AND THE SPY

A dazzling work of historical fiction, based on true events, about two women who seem the most unlikely to ever meet: Alice, a Korean war survivor and translator for the American forces in Seoul and Marilyn Monroe, who is visiting Korea on a four-day USO tour.

February 1954. Although the Korean War armistice was signed a year ago, most citizens of Seoul still battle to return to some semblance of normalcy. Conditions are dismal. Children beg for food, and orphanages are teeming. Alice J. Kim, a Korean translator and typist for the American forces still sanctioned in the city,

A dazzling work of historical fiction, based on true events, about two women who seem the most unlikely to ever meet: Alice, a Korean war survivor and translator for the American forces in Seoul and Marilyn Monroe, who is visiting Korea on a four-day USO tour.

February 1954. Although the Korean War armistice was signed a year ago, most citizens of Seoul still battle to return to some semblance of normalcy. Conditions are dismal. Children beg for food, and orphanages are teeming. Alice J. Kim, a Korean translator and typist for the American forces still sanctioned in the city, yearns for the life she used to live before her country was torn apart.

Then Alice’s boss makes an announcement—the American movie star Marilyn Monroe will be visiting Korea on a four-day USO tour, and Alice has been chosen as her translator. Though intrigued, Alice has few expectations of the job—what could she and a beautiful actress at the peak of her fame possibly have to talk about? Yet the Marilyn she meets, while just as dazzling and sensual as Alice expected, is also surprisingly approachable.

As Marilyn’s visit unfolds, Alice is forced into a reckoning with her own painful past. Moving and mesmerizing, The Starlet and the Spy is a beautiful portrayal of unexpected kinship between two very different women, and of the surprising connections that can change, or even save, a life. 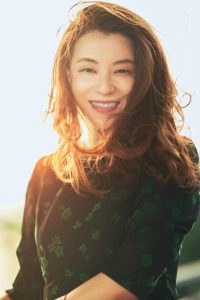 Ji-min Lee is a famous screenwriter in Korea and author of several novels.

Translator Chi Young Kim is the International Booker Prize winning translator of Please Look After Mom (Knopf), The Hen Show Dreamed She Could Fly (Penguin), The Good Son (Penguin) and many others.

“Ji-Min Lee pens a moving story of war and healing, wrapped in the glittery ribbon of Hollywood myth as east collides with west. Broken, bilingual Alice Kim is barely making ends meet in post-war Seoul, haunted by guilt and loss when she meets the woman who has everything: Marilyn Monroe, newly come to Korea on a USO tour. When Alice is assigned to the dazzling platinum starlet as a translator, both women will see the wounds the other is hiding…but can Alice recover her past strength and forge a new future when Marilyn departs? The Starlet and the Spy is a quiet, luminous story of a woman piecing her soul together in the aftermath of war, heartbreaking and uplifting on every page.” — Kate Quinn, New York Times bestselling author of The Alice Network

“This story of the unlikely meeting of two vulnerable women is a beautifully woven page turner. The battle-weary woman and the pin-up girl who meet, connect, separate: each changed by the brief union.” — Heather Morris, New York Times bestselling author of The Tattooist of Auschwitz

“This is a story about two women who have transcended time. Nobody has written about the tragedy of war with such imagination. It is wonderful and lively and sad and makes you nod in recognition.” — Kyung-Sook Shin, New York Times bestselling author of Please Look After Mom

This book was inspired by two photographs.

One was of a female interpreter at work, standing between a UN soldier and a North Korean POW during the Korean War, and the other was of Marilyn Monroe, who visited Korea right after the war to perform for the American military.

I had the same question when I saw these two pictures, both against the backdrop of the Korean War but so very different from each other.

Where did all the beautiful and hopeful young women go?

I always thought it strange that my parents’ generation, having lived through the Korean War (1950 – 1953), rarely talked about it. The Korean War, also known as the Forgotten War, is far in the past now, with fewer survivors remaining every year. As I gathered war recollections and experiences, it occurred to me that oblivion might have been critical for survival. All the stories I heard were terrible and unjust and tragic. It made me think it would be better to forget.

In Kurt Vonnegut’s Slaughterhouse-Five, the main character says he wants to write an anti-war novel. A movie maker says he should write an anti-glacier book instead. I’m sure that for someone like me, who didn’t experience war first-hand, writing about it isn’t all that different from touching only the tip of an enormous glacier. But I couldn’t tear my eyes away from these two women in the photographs. They captivated me. I wanted to tell their stories. How did a woman who had a tragic life arm herself in a tragic era? Everyone has at least one weapon with which they protect their own lives, something that makes you stand your ground in the face of atrocity and violence.

In February 1954, Marilyn Monroe came to Korea to perform for American soldiers stationed here. Wearing a slinky dress on a makeshift stage, she sang “Diamonds Are a Girl’s Best Friend” as it snowed. Ten thousand American marines went wild. Later, Monroe would look back at that performance and say that it was the first time in her life she felt like a real star. For her, Korea was an unforgettable place.

Every time I looked at the picture of Monroe, I was taken by it. It’s surreal to see the most famous bombshell of the day singing on top of rubble. At the same time, she was surprisingly approachable. This wasn’t something allowed only to Marilyn Monroe, I realized. All women who survived war had the right to revel in being alive, dancing and singing like Marilyn. It made me understand the women who frequented the dance halls in post-war Korea, which was a hotly debated issue at the time. Maybe they were emitting light and embracing life because they had experienced death. I wanted to write about the women who struggled to come alive. Marilyn Monroe herself had to change to become a goddess. I think she was the victim of her own beauty. If I could meet her, I would ask her if she could have been stronger, more vicious, more solitary so that she wouldn’t have had to sacrifice herself. Like our friend Alice J. Kim.

Though Alice and the other characters in the story could have lived in the era depicted here, they are fictional. The story in the book is based on real events but enhanced with my imagination. I hope readers will read with generosity my attempt to reveal more of the glacier. This book is deeply indebted to those who survived and those who didn’t. My sincere thanks to Yun Il-gyun and Mun Chang-je, who allowed me to incorporate events described in their books. I am grateful to the many people who helped in the writing of this book, as well as everyone at HarperCollins Publishers, who truly cared for this project. Thank you to my parents and my family, especially to my son and husband, who were so understanding while I wrote. As it happens, I’m writing this note on June 25, the day the Korean War began. The gravity of the day will always be in my heart.