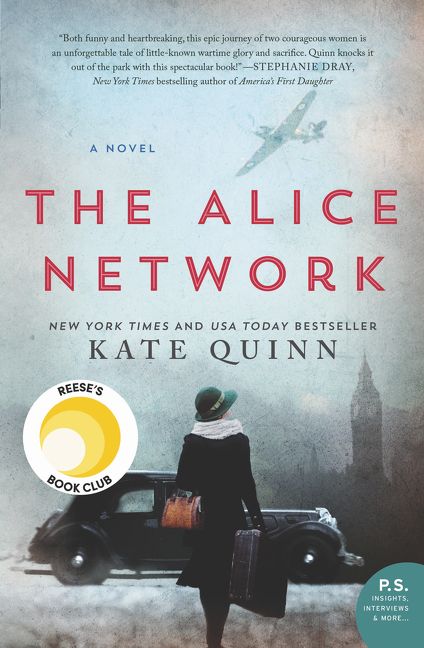 Featuring an exclusive excerpt from Kate Quinn’s next incredible historical novel, The Huntress

In an enthralling new historical novel from national bestselling author Kate Quinn, two women—a female spy recruited to the real-life Alice Network in France during World War I and an unconventional American socialite searching for her cousin in 1947—are brought together in a mesmerizing story of courage and redemption.

1947. In the chaotic aftermath of World War II, American college girl Charlie St. Clair is pregnant, unmarried, and on the verge of being thrown out of her very proper family.

Featuring an exclusive excerpt from Kate Quinn’s next incredible historical novel, The Huntress

In an enthralling new historical novel from national bestselling author Kate Quinn, two women—a female spy recruited to the real-life Alice Network in France during World War I and an unconventional American socialite searching for her cousin in 1947—are brought together in a mesmerizing story of courage and redemption.

1947. In the chaotic aftermath of World War II, American college girl Charlie St. Clair is pregnant, unmarried, and on the verge of being thrown out of her very proper family. She’s also nursing a desperate hope that her beloved cousin Rose, who disappeared in Nazi-occupied France during the war, might still be alive. So when Charlie’s parents banish her to Europe to have her “little problem” taken care of, Charlie breaks free and heads to London, determined to find out what happened to the cousin she loves like a sister.

1915. A year into the Great War, Eve Gardiner burns to join the fight against the Germans and unexpectedly gets her chance when she’s recruited to work as a spy. Sent into enemy-occupied France, she’s trained by the mesmerizing Lili, the “Queen of Spies”, who manages a vast network of secret agents right under the enemy’s nose.

Thirty years later, haunted by the betrayal that ultimately tore apart the Alice Network, Eve spends her days drunk and secluded in her crumbling London house. Until a young American barges in uttering a name Eve hasn’t heard in decades, and launches them both on a mission to find the truth…no matter where it leads. 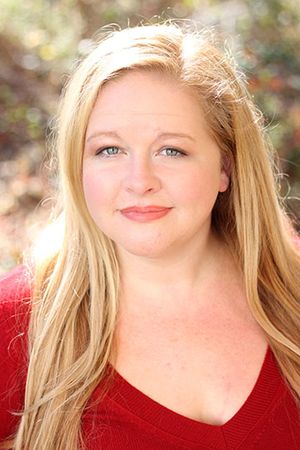 Kate Quinn is a native of southern California. She attended Boston University, where she earned a Bachelor’s and Master’s degree in Classical Voice. A lifelong history buff, she has written four novels in the Empress of Rome Saga, and two books in the Italian Renaissance detailing the early years of the infamous Borgia clan. All have been translated into multiple languages. She and her husband now live in Maryland with two black dogs named Caesar and Calpurnia.

“…Kate Quinn announces herself as one of the best artists of the genre. The plotting is seamless, the pace breathtaking, and the prose is both vivid and laced with just the right amount of details. Fans of historical fiction, spy fiction and thrilling drama will love every moment…”—BookPage

1. Female friendship is a constant theme throughout The Alice Network. Charlie St. Clair and Eve Gardiner begin as antagonists, whereas Eve and Louise de Bettignies (Lili) are friends from the start. How does each friendship grow and change over the course of events?

2. The young Eve introduced in 1915 is very different from the older Eve seen through Charlie’s eyes in 1947. How and when did you see the young Eve begin to change into her older self? What was the catalyst of those changes?

3. Lili tells Eve, “To tell the truth, much of this special work we do is quite boring.” Did the realities of spy work surprise you, compared to the more glamorous version presented by Hollywood? How do you think you would have fared working for the historical Alice Network?

4. René Bordelon is denigrated by his peers as a war profiteer and an informer. He sees himself as a practical businessman, pointing out that he is not to blame for making money off the invaders, or for tragedies like Oradour-sur-Glane that happened on German orders. Did you see him as a villain or an opportunist? Do you think he earned his final fate?

5. Eve loves Captain Cameron and hates René Bordelon—but her relationship with René is longer, darker, and more complex. How is her hatred for him complicated by intimacy? How does his realization of Eve’s true identity change him? How do you think they continued to think and feel about each other during their thirty years’ separation, and how did that affect their eventual climax?

6. Finn Kilgore and Captain Cameron are parallels for each other: both Scotsmen and ex-soldiers with war wounds and prison terms in their pasts, acting as support systems for the women they love who go into danger. How are the two men different as well as alike? How does Finn succeed where Cameron fails?

7. The disappearance of Charlie’s cousin Rose Fournier provides the story’s driving search. Did her eventual fate surprise you? Had you ever heard of Oradour-sur-Glane? How did Rose’s fate change the goal of the search?

8. Everyone in The Alice Network suffers some form of emotional damage from war: Charlie’s depression after losing her marine brother to suicide, Eve’s torture-induced nightmares, Finn’s concentration-camp memories and resulting anger issues, Cameron’s guilt over losing his recruits. How do they each cope with their war wounds? How do they help each other heal? How is PTSD handled in Eve’s day as compared to Charlie’s day—and as compared to now?

9. Charlie dreads the stigma of being a “bad girl” pregnant out of wedlock, and Eve fears shame and dismissal as a horizontale if it is learned she slept with a source for information. Discuss the sexual double standards each woman faced. How have our sexual standards for women changed since 1915 and 1947?

10. Charlie decides to keep her baby, and Eve decides to have an abortion. Why did each woman make the choice she did?

11. Charlie argues that René should be brought to legal justice, and Eve argues for vigilante justice. Who do you think is right? How did it affect the ending? How do you think the outcome will bind Eve and Charlie and Finn in the future, since they cannot share their adventure with anyone else?

12. “There are two kinds of flowers when it comes to women. The kind that sit safe in a beautiful vase, or the kind that survive in any conditions . . . even in evil.” The theme of the fleurs du mal carries from Lili to Eve—how does Eve pass it on to Charlie? When do you see Charlie becoming a fleur du mal in her own right? How has knowing Eve changed Charlie’s life, and vice versa?