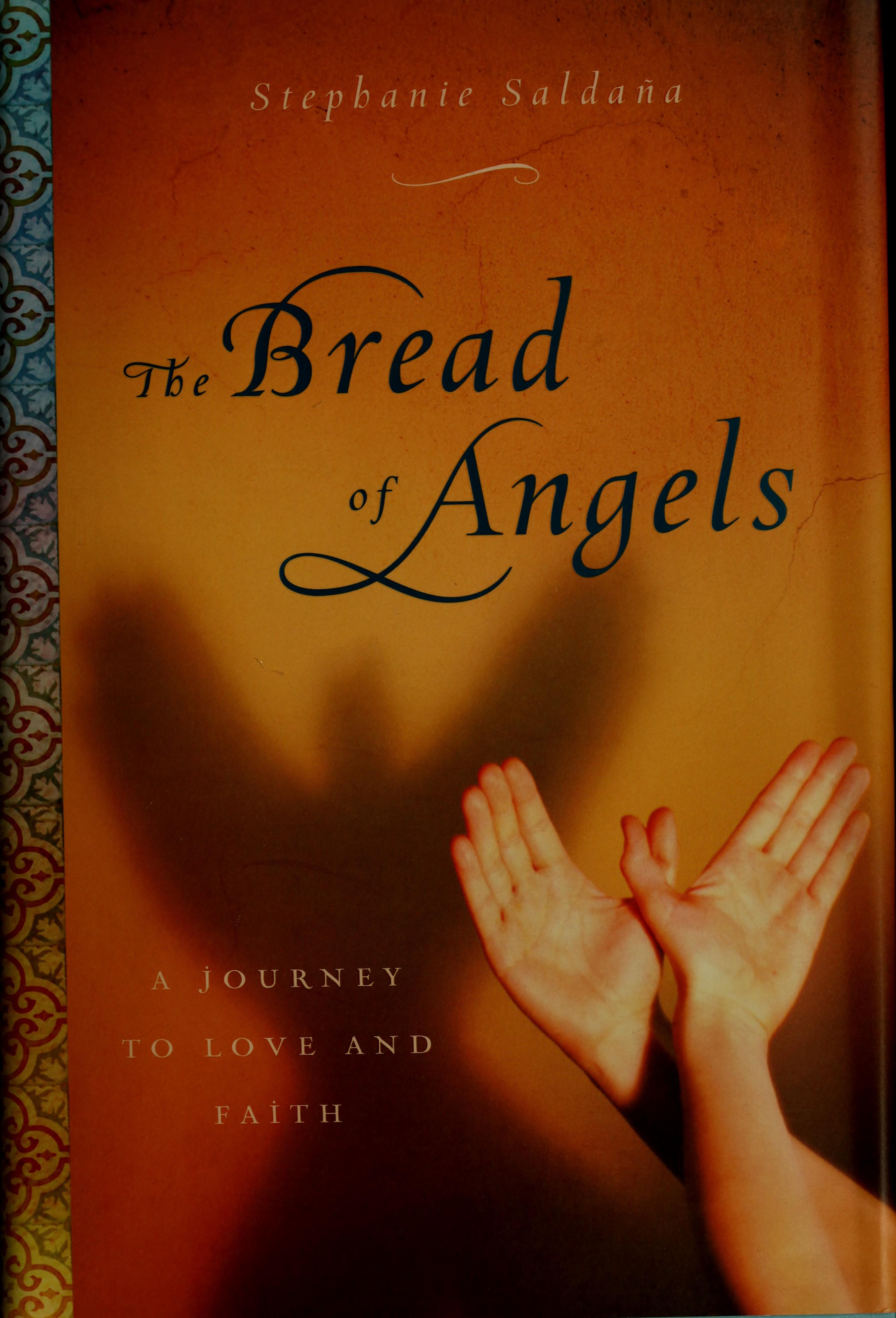 THE BREAD OF ANGELS

A Journey to Love and Faith

A gorgeous, romantic memoir of a young woman’s year in Damascus, where she studied the Muslim Jesus, fled to an ancient desert monastery to heal her past, and unexpectedly found herself in love with a French novice monk.

In 2004, twenty-seven-year-old Stephanie Saldaña traveled to Damascus, Syria, on a Fulbright fellowship to study the role of the prophet Jesus in Islam. She was also fleeing a broken heart. It was not an ideal time to be an American in the Middle East-the United States had recently invaded Iraq, refugees were flooding into Damascus, and dark rumors swirled that Syria might be next to come under American attack.

A gorgeous, romantic memoir of a young woman’s year in Damascus, where she studied the Muslim Jesus, fled to an ancient desert monastery to heal her past, and unexpectedly found herself in love with a French novice monk.

In 2004, twenty-seven-year-old Stephanie Saldaña traveled to Damascus, Syria, on a Fulbright fellowship to study the role of the prophet Jesus in Islam. She was also fleeing a broken heart. It was not an ideal time to be an American in the Middle East-the United States had recently invaded Iraq, refugees were flooding into Damascus, and dark rumors swirled that Syria might be next to come under American attack. Miserable and lonely, Stephanie left Damascus to visit an ancient Christian monastery carved into the desert cliffs. In that beautiful, austere setting, she confronted her wavering faith and met Frederic, a young French novice monk. As they set out to explore the mysteries entwining Christianity and Islam, Stephanie slowly realized that she had found God again-and that she was in love with Frederic. But would Frederic choose God or Stephanie?

The Bread of Angels sweeps readers into the violent extremes of a war-torn region and renews their belief in faith, self-discovery, and the possibility of true love.

Stephanine Saldana grew up in Texas and received her B.A. from Middlebury College and a master’s degree from Harvard Divinity School. Fascinated by Islam and Eastern Christianity, she has lived in cities throughout the Middle East, including a year in Beirut working as a journalist for the English-language newspaper The Daily Star. She was a Watson and a Fulbright scholar and has won several awards for her poetry. She lives in Jerusalem.

“A remarkable, wise, and lovely book from a truly gifted new writer, The Bread of Angels brims with originality and insight. There is poetry here—the language and the depth of attention recall the young Annie Dillard. But this is, above all, a love story, and a compelling one. Not many people can write transcendent, mystical prose and also create a page-turner that keeps you up nights. Stephanie Saldaña’s achievement is extraordinary.”
—Geraldine Brooks, Pulitzer Prize–winning author of March

“In the tradition of Elizabeth Gilbert’s Eat, Pray, Love, Stephanie Saldaña’s The Bread of Angels is a stunning memoir that is both a contemporary spiritual quest and a sweet, surprising love story . . . Carefully observed, beautifully detailed, structured like a ceremony, The Bread of Angels takes us from a fallen world into a luminous, resurrected one through faith and love and the exquisite skill of a fine writer who writes like an angel!”—Julia Alvarez, author of How the García Girls Lost Their Accents

“Brace yourself for an intense inner and outer journey. Bread of Angels is a many-layered personal story, ricocheting from Damascus to Texas to the desert fathers to scruffy Cambridge. A passionate young scholar confronts war, love, the mysteries of language, and God. Stephanie Saldaña is up to the task. A brilliant debut.”
—Frances Mayes, author of Under the Tuscan Sun

“A fragrant, elegantly observed journey that captures the dilapidated glory of Damascus and the resilient wit of its people. Saldaña’s tale of spiritual dislocation and self-discovery is remarkable for its poignancy and keen intelligence.”—Azadeh Moaveni, author of Lipstick Jihad and Honeymoon in Tehran

In the beginning of the book, Stephanie is faced with a difficult decision: pursue a Fulbright scholarship in Damascus—an utterly foreign place—or stay in Cambridge, where she is comfortable with a man she loves, but who doesn’t love her in the same way. Have you ever been confronted with a dilemma like hers? How have you resolved or coped with it? Looking back on it, would you have done anything differently?

When Stephanie arrives in Syria, she is faced with many intimidating challenges, such as learning Arabic through the “vocabulary of war” and navigating a culture that often clashes with her own experiences. How well do you think she handles these obstacles? If you were in her place, how would you have reacted? Could she have done things differently?

The narrative paints a fascinating portrait of Damascus, a city of paradoxes, where members of opposing faiths, ideologies, and cultures live side-by-side peacefully—and frequently under the threat of war. What do you think it would be like to live in a society like that? How do you think you would approach the demands and daily interactions of your life if you lived in a place like Damascus?

A major theme in the book is the individual quest to find God. This search for faith can be carried out in many ways. What is your opinion of how Stephanie pursued this? Reflecting on your own situation, have you experienced a similar search for meaning or significance in something in your life? How have you pursued that?

Multiple characters reveal that they draw on aspects of different cultures, traditions, and religions to form their own beliefs and decisions. What factors, if any, do you think have influenced your outlook, actions and beliefs?

Out of the many people Stephanie meets on the streets of Damascus and in the monastery, who is your favorite and why? What qualities or characteristics do you like and/or dislike about this character? What do you think they exemplify about Stephanie’s struggle and life in the Middle East?

Stephanie refers to her lessons on the Quran as “lessons in humility.” What about studying the Quran is so difficult for her? What does she learn about herself and her own faith through this experience? Have you ever had a similar experience in which you understood some new aspect of yourself only by confronting someone or something very different?

In the monastery, the mosque, and in Damascus, Stephanie meets some incredible women. How did they influence and challenge her? What surprised you most about their lives?

While Stephanie is struggling in the aftermath of the Spiritual Exercises, Frédéric tells her: “You don’t believe in resurrection.” What do you think he means? Does Stephanie succeed in finding resurrection by the end of her journey?

At one point in her journey, Stephanie prays that she might learn how to be a “novice in love.” What did you think of that request? By the end of her journey, who and what are some of the things she has learned how to love that she couldn’t before?

The ending of The Bread of Angels is open, leaving the reader to imagine what happens next. What do you think happens?