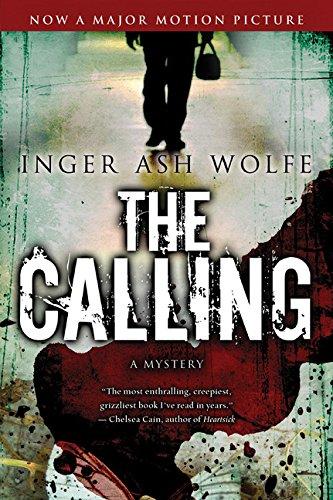 Detective Inspector Hazel Micallef has lived all her days in the small town of Port Dundas and is now making her way toward retirement with something less than grace. Hobbled by a bad back and a dependence on painkillers, and feeling blindsided by divorce after nearly four decades of marriage, sixty-one-year-old Hazel has only the constructive criticism of her old goat of a mother and her own sharp tongue to buoy her. But when a terminally ill Port Dundas woman is gruesomely murdered in her own home, Hazel and her understaffed department must spring to life. And as one terminally ill victim after another is found–their bodies drained of blood,

Detective Inspector Hazel Micallef has lived all her days in the small town of Port Dundas and is now making her way toward retirement with something less than grace. Hobbled by a bad back and a dependence on painkillers, and feeling blindsided by divorce after nearly four decades of marriage, sixty-one-year-old Hazel has only the constructive criticism of her old goat of a mother and her own sharp tongue to buoy her. But when a terminally ill Port Dundas woman is gruesomely murdered in her own home, Hazel and her understaffed department must spring to life. And as one terminally ill victim after another is found–their bodies drained of blood, their mouths sculpted into strange shapes–Hazel finds herself tracking a truly terrifying serial killer across the country while everything she was barely holding together begins to spin out of control.

Through the cacophony of her bickering staff, her unsupportive superiors, a clamoring press, the town’s rumor mill, and her own nagging doubts, Hazel can sense the dead trying to call out. But what secret do they have to share? And will she hear it before it’s too late?

In The Calling, Inger Ash Wolfe brings a compelling new voice and an irresistible new heroine to the mystery world.

Inger Ash Wolfe is the pseudonym for a North American literary novelist.

“The Calling had me from the first page and never let me go. I absolutely loved Hazel Micallef.”—Kate Atkinson, author of Case Histories

“The Calling is a wonderful, creepy and suspenseful novel with enough twists and compelling characters to make you want to devour it all at one sitting.”—Peter Robinson, author of the Inspector Banks novels

The Calling opens with what seems to be a peaceful house call to Delia Chandler’s home. Simon is there to treat her, and she trusts him to do so. This turns out to be the first killing in the book. Why do you think the author decided to begin the story with the killer instead of the detective? What effect did this choice have on your reading experience?

Detective Inspector Hazel Micallef is not introduced as your typical hero. She’s sixty-one, shares a home with her bossy mother, has to sneak to the diner to eat what she wants, suffers from back pain, and has a history of addiction. Do these qualities endear her to you as a reader? Why or why not?

We learn in the second chapter that Hazel loves Port Dundas, where she has lived all her life. Her hometown filled a hole when her husband left her after nearly forty years of marriage. It’s clear she has no desire to leave. How does this connection between character and setting comment on Hazel? Do you think it strengthens or weakens her ability to take on a serial killer bigger than her home town, and why?

When Simon orders berries and hot water for breakfast at a diner, he considers the strange looks attracted by eating only food destined for compost. Then, on page 41, he thinks, “We are all destined for compost.” What do you think he means by this? How does this view influence his mission?

After knowing what Simon has done to Delia Chandler, how did you feel when he offered to help Rose, a young girl? Which quality dominates his character in your mind: his gentle nature or his violent acts? Does his kindness and concern make him easier to relate to, or more sinister? Explain your opinion.

Simon feels a loyalty and dedication to the people he is helping. We know they are all terminally ill and have invited him to visit them. Does the fact that he’s offering them an easy escape from their suffering somehow justify his actions? Would you feel differently if he simply left the bodies at peace rather than manipulating them after death? Why or why not?

What was your reaction when you learned that the blood at the crime scenes was a mixture of the blood of 15 different people? Discuss what other details about the killings stood out as particularly disturbing to you.

In Chapter 9, a priest welcomes Simon into his home. What did you make of the priest’s discussion about the word “trespass” in the Lord’s Prayer? He says, “It suggests territory. The soul as a territory onto which someone might tread without leave. But we forgive them these trespasses.” (Page 122.) Do you believe Simon was trespassing against the priest, or was the priest trespassing against himself? Explain your answer.

What was your reaction when a delivery boy came to the stakeout scene instead of Simon — with a Polaroid of Hazel’s house? Did you suspect at any point that her mother would play the role of victim in this story? If so, what clued you in? If not, why not?

In Chapter 22, Hazel recalls being six years old and finding herself momentarily separated from her mother in a store “But Hazel had never forgotten the terror of thinking her mother had vanished.” (Page 316.) Do you believe Hazel feels the same way at 61, with her mother in the hands of the killer? How do you think age factors into the raw emotion of such a feared loss?

After she’s relieved of duty and disgraced in the newspapers, Hazel imagines her mother offering this bit of wisdom regarding public service: “We think we’ll be commended for serving, but really, the only thing that gets noticed is failure.” (Page 326.) Do you find this is generally true about public service, or any kind of service? Are you more likely to compliment good service or criticize bad? Why?

During her confrontation with Simon, Hazel says to him, “You’re the same as me. You’re pride masquerading as justice.” (Page 357.) What do you think Hazel means by this? Why do you think she says it to Simon? How alike or different are the two characters? Use examples from the novel to support your opinion.

On page 371, safely back at home, Hazel says to her mother, “We’re not in a little town anymore, are we?” Her mom answers, “No, those days are gone forever.” Do you think they will ever live in a “small town” again? Or does an experience like theirs change a place—even a place you’ve known a lifetime—forever? Discuss your thoughts on this concept.

Why do you think the author decided to title this book The Calling? What does the title refer to?